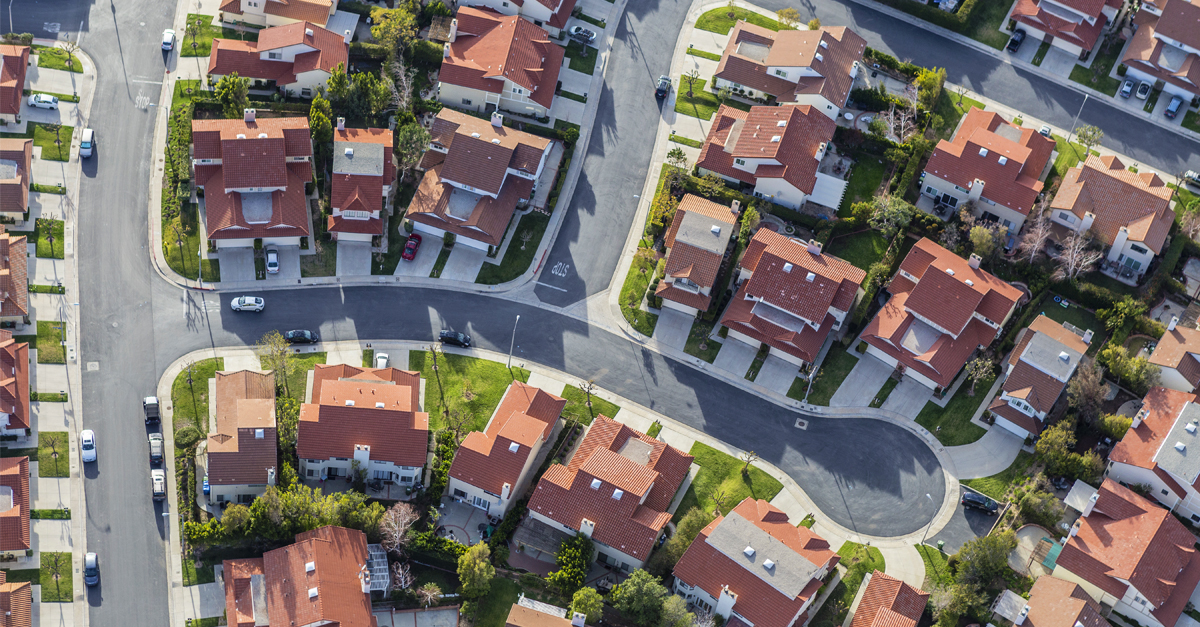 The Challenge of Scaling Up Energy Retrofits for Buildings

Most building energy retrofits are one-off affairs. “We need an Amazon” in the market, says one architect.

It’s almost always easier and cheaper to build an energy-efficient building in the first place than retrofitting existing structures. But humanity doesn’t always have that luxury.

The sheer number of older, inefficient buildings means retrofits must be a critical part of decarbonizing the world’s building stock.

There’s a pressing need, then, to develop new techniques for performing large numbers of energy-efficiency retrofits quickly and cost-effectively. The average age of a U.S. home is nearly 40 years, while nearly 40 percent of homes in the U.K. were built before World War II.

Most building energy retrofits are one-off affairs simply because the stock of existing buildings varies widely, as do building owners.

But if barriers can be overcome to bring some of the mass-production techniques used in new construction into energy retrofits, the economics and speed of building retrofits could be greatly improved — and the disruption to homeowners and building occupants greatly diminished.

The techniques are proven, but we “need economies of scale and larger players involved to bring costs down,” Hartford told GTM, speaking after his recent presentation at the ExNE Green Tech Conference

One attempt to overcome these barriers is the EnergieSprong standard, a system that originated in the Netherlands. It uses mass-production techniques like pre-fabricated facades alongside aggregated demand among building owners to cost-effectively retrofit buildings to a net-zero energy standard.

RetrofitNY, a New York state-backed initiative, sent a team to the Netherlands to observe EnergieSprong techniques in action. The techniques were then used at a project for the Troy Housing Authority in upstate New York, funded by RetrofitNY.

Two innovative mass-production techniques stood out: reskinning the buildings and the use of packaged mechanicals.

In both cases, most of the work was done off-site. This has the advantage of both lowering costs and reducing disruption for occupants.

Building reskinning is accomplished by first making a detailed three-dimensional scan of the outside of the building. Insulating panels were then factory-built to fit over the existing building so that they could later be quickly installed on-site.

The EnergieSprong project also used packaged mechanicals from Dutch company Factory Zero, which takes components from leading manufacturers, and packages them into a single unit with their own control system and simple connections.

This greatly reduces and simplifies the building connections and the amount of work which needs to be done on-site.

The packages can include an air source heat pump, solar hot water pumps, and energy monitoring — all with a single integrated control module.

Can EnergieSprong Make The Leap To The U.S.?

Though such innovations are promising, the RetrofitNY team encountered barriers in bringing them back to the U.S. The first is the lack of economies of scale in a new market.

“Energy efficiency is largely driven by early adopters and family-owned construction companies,” said Hartford, whose firm worked on the project in Troy.  “We need an Amazon.”

While the Amazon of energy retrofits could be a long way off, Hartford noted there now are panel manufacturers “retooling for the reskinning approach.”

But Ravi Malhotra, Executive Director at iCAST, which managed the RetrofitNY project, thinks even that might not be enough to make building reskinning cost-effective. “In our mind, the EnergieSprong cladding was a non-starter.”

“Even the [less expensive] zip sheathing we came up with was a non-starter,” Malholtra told GTM. “The cost benefit was just not panning out.  We could put on more solar to get to net zero at half the cost.”

In addition to cost, there is the issue of long-term certainty with air sealing. “There was no guarantee,” Malholtra said.

“Fixing air sealing is both hard and expensive. It’s even harder to justify in retrofit… hardly anyone would reduce the size of their [heating and air conditioning] system, but the primary gain of air sealing is downsizing.”

In contrast, the potential for packaged mechanicals in the U.S. is much brighter.

According to Hartford, “If Factory Zero were here, we would have used it. Mechanicals in our project were specified separately. I suspect we could have saved considerable money by using a single provider doing the connections, and simpler connections would lead to multiple opportunities for savings.”

Malhotra agrees that packaged mechanicals could bring down the cost of U.S. retrofits, citing heat pump water heaters (HPWHs) as an example.

Compared to natural gas, HPWHs are “simply too expensive” for wide adoption, he said.

But an air source heat pump produces both space heat and domestic hot water, and this “adds a lot of efficiency.”

“The products are there but not available in the U.S.,” Malhotra noted.