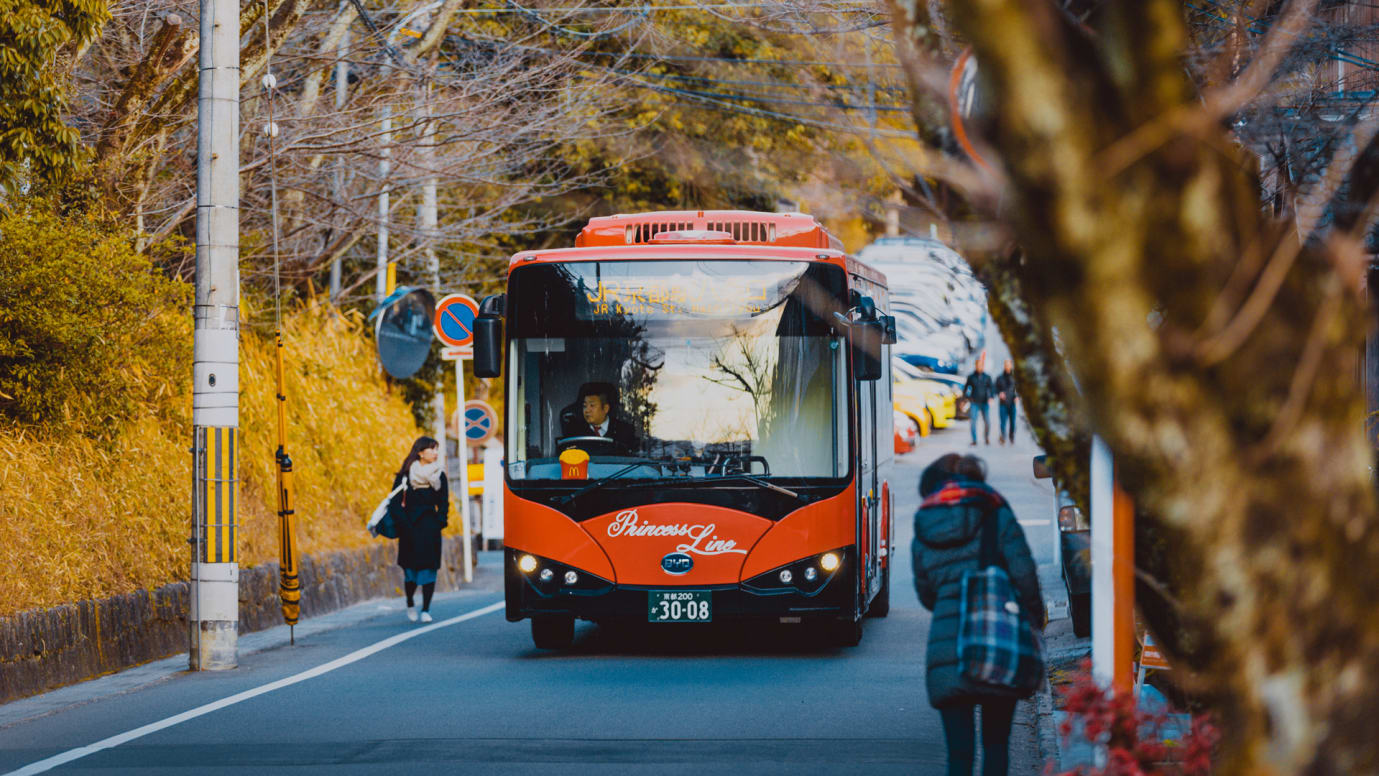 Shenzhen’s BYD, which started as a battery company, is a giant in China—and its ambitions are increasingly global.

BYD isn’t well-known outside of its home market, China. But it’s the world’s largest maker of electric vehicles–sorry, Tesla–and is growing rapidly and expanding globally.

Seeded with $300,000 in capital, Wang Chuanfu founded BYD as a maker of rechargeable batteries in 1995. The company, whose name is an acronym for “Build Your Dreams,” later diversified into consumer electronics, mobile phones, lighting, solar modules, and energy storage. Today, however, BYD is most known for vehicles. In addition to ones with combustible engines, it manufactures electric and plug-in hybrid taxis, coaches, consumer cars, logistics vehicles, sanitation trucks, heavy equipment, and off-road vehicles.

BYD operates out of a 667-acre Shenzhen headquarters with manufacturing plants, warehouses, employee dorms, a hotel, supermarket, K-12 school, vertical charging car carousel, and BYD SkyRail, its own monorail system. Though it operates in similar sectors as Tesla, the companies are very different strategically. For instance, as Elon Musk’s Boring Company tunnels under cities to address congestion, BYD eyes elevated transportation. According to BYD senior vice-president Stella Li, SkyRail requires one-fifth the construction costs and one-third the time that subways do.

“We are doing something more practical,” she says. “Other technologies can be simply dreaming.” BYD is building SkyRail around China and in the Philippines. Li says it could be a $20 billion business by 2022.

As for electric passenger vehicles, the company sold 70,000 of them globally during the first three-quarters of 2017. Within China, the world’s largest electric vehicle market, government subsidies and purchases boosted domestic brands. Additionally, car registration can take years in cities like Beijing, which uses a lottery system. However, buyers of new energy vehicles—a term used in the country which encompasses electric cars and plug-in hybrids—are fast-tracked.

Chinese tariffs and taxes on imported electric vehicles also benefit domestic manufacturers, which capture 93% of the market. BYD has an estimated 30% share. Tesla has 6% share, delivering an estimated 10,000 to 12,000 vehicles to China in 2016.

Overall, electric vehicles represent less than 2% of total auto sales in China. Officials, however, aim to phase out fossil-fuel vehicles. BYD chairman Wang Chuanfu was quoted as saying that all vehicles will be electrified by 2030.

BYD does face challenges. In 2017, Chinese policymakers cut federal subsidies. Correspondingly, BYD’s new-energy vehicle sales are down roughly 20%. Reports are that subsidies will be cut an additional 20% this year, and financial support is expected to be phased out by 2020.

China’s lack of electric charging points have also muted sales, but more are being built. By 2020, the country expects to have 1.2 million charging stations across the country. Charging rates vary based on time of day. In Shenzhen, rush hour rates are almost four times that of off-peak hours.

Despite BYD’s enviable market position, startups and established car manufacturers will continue to threaten it. Chinese companies and venture capital firms are reportedly investing hundreds of millions of dollars into new energy vehicles. And critics contend that BYD cars don’t have the acceleration or battery mileage that competitors offer. Li says BYD battery compositions are safer than alternatives. Consequently, though, there are technological restrictions. BYD batteries use aluminum, cadmium, cobalt, graphite, lithium, iron phosphate, and nickel.

Morningstar research analyst John Hu says that BYD is viewed as a lower-end manufacturer. To reach premium status, he believes, “They’ve got to be more radical when it comes to their design, both in terms of the exteriors and the interiors.”

BYD recognizes this. Li said recent investment in batteries, motors, control systems, and global talent is increasing appeal. Over the next few years, she says, “We’re going to design a lot of sexy, nice, cool-looking cars.”

BYD’s road map does, however, doesn’t include direct investment in autonomous cars. Instead, as technological leaders emerge, BYD will integrate third-party software and chip sets into its vehicles. This is one reason why analysts view BYD as a hardware manufacturer, but Tesla as a software technology company.

For all its success at home, BYD’s greatest opportunities lie overseas. Globally, electric cars accounted for less than 1% of total car sales last year. They are forecast to make up 7% by 2025. By 2040, Bloomberg New Energy Finance forecasts there will be 530 million electric cars globally, representing one-third of all cars.

Less than 10% of BYD’s corporate earnings currently come from international markets, but foreign policies could boost sales. Britain, France, India, and Norway have announced plans to phase out fossil fuel car sales by 2040, if not sooner. In London, the iconic double deckers are being upgraded with BYD models.

Outside of its home market, Hu says, “The biggest thing BYD has to overcome is the perception that Chinese products are poor quality.” He adds that this barrier is subsiding, though, as Chinese manufacturing quality across industries improves. Just as consumers are buying Chinese-branded mobile phones from companies such as ZTE and Huawei, more will buy Chinese-branded autos, he says.

Investing heavily in safety helps improve brand image. BYD also hired its first celebrity endorser, Leonardo DiCaprio. In a statement, DiCaprio said, “All over the world, people are realizing that cars that run on fossil fuels are inefficient and a major threat to the planet.”

Back in 2008, in Berkshire Hathaway’s annual report, the famously patient Buffett wrote, “The future will be represented by a new plug-in electric car developed by BYD, an amazing Chinese company.” Buffett has also spoken highly of BYD founder Wang, dubbing him a mix of Thomas Edison and Jack Welch.

Li, who has spent time with Buffett and his partner Charlie Munger, said the duo doesn’t meddle in BYD operations. She notes, however, that Buffett stresses integrity. “We always use this word and talk to our employees. And it’s part of BYD culture,” she said.

Like Buffett, Li said BYD management doesn’t think in terms of fiscal quarters or years, but rather the next century. “We’re looking for solid growth. We don’t need to jump from one to 100 overnight,” she said.

This mentality may limit the number of captivating product launches in the short term, but could prove more sustainable for long-term success.