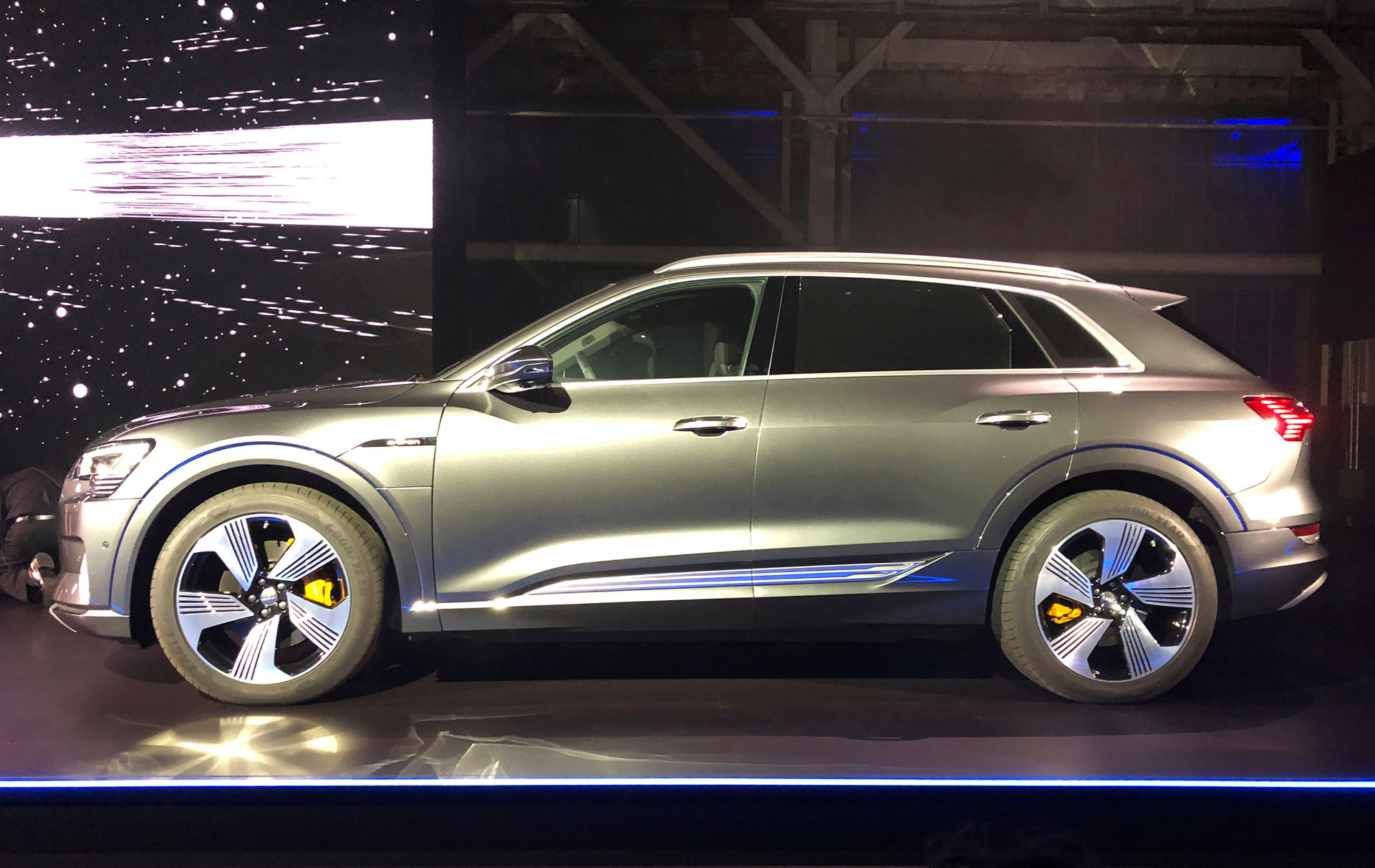 The Audi e-tron all-electric SUV is here, and it may have just eaten Tesla's lunch

The company pulled the covers off the five-passenger, all-wheel-drive e-tron on Monday night in San Francisco. It marks the latest evolution in the Audi brand, and the fledgling luxury electric SUV market.

Two electric motors power the e-tron. A 95 kWh battery gives it what Audi says is “well over 400 kilometers” of range. That would equate to more than 248 miles of range on a full charge, based on European testing, Audi said.

The automaker says numbers for the US market are pending, but anecdotal data, acquired from a handful of US road trips in a prototype e-tron, produced ranges as high roughly 270 miles on a full charge, according to Audi president, Scott Keogh.

That testing included a 175-mile trip on one full battery charge, from San Francisco’s Craneway Pavilion where the Audi event was being held Monday night, to South Lake Tahoe — a trek that starts at sea-level and ends at a 7,000-foot elevation.

According to Keogh, who spoke at the debut event, the e-tron made it to South Lake Tahoe “with an estimated 12 miles of battery left.” Some back-of-the-envelope math puts that right around 187 miles of range.

“And then with the AC cranked, the radio blasting, two technical wizards at the helm, the e-tron made the 175-mile journey back to this very spot — but this time, it arrived with an estimated 94 miles of range remaining,” Keogh said, which comes out to a roughly 269-mile range.

The e-tron’s battery can be charged up to 80% capacity in about 30 minutes, using publicly available 150 kWh DC fast-chargers.

The range is on par with the e-tron’s closest competitor, the Tesla Model X, which promises as many as 295 miles of range with a full battery.

As with all electric vehicles, the battery charge is partially assisted by regenerative braking. When the driver lifts their foot off of the accelerator, energy that would have been used to slow down the vehicle instead charges the battery via the electric motor.

Audi says the e-tron can recapture energy from most types of braking applications — 90% by the company’s estimation. It says a third of the e-tron’s battery range will come from regeneration.

By all appearances, the e-tron is instantly recognizable as a modern Audi four-wheeler: stout, muscular, and well-proportioned. Nearly all of its functions are controlled via two interior touchscreens. It’s also the first new Audi to be equipped with Amazon Alexa built-in.

The e-tron starts at $74,800, before federal tax credits. A mid-range, “Prestige” model jumps to $81,800. A select few buyers will be able to opt for a limited “Edition One” e-tron, which tops out at $86,700. Preorders are already underway. The first deliveries are expected to land in the second quarter of 2019.

Why Tesla should be worried

The e-tron ticks all of the right boxes for a next-generation, all-electric luxury SUV. It matches the Tesla Model X in some key metrics on paper: price, equipment, estimated performance, and estimated battery range.

And Audi, unlike Tesla, has the benefit of a deeply experienced, well-funded global manufacturing infrastructure. Globally, the company delivered more than 680,000 Q-model SUVs in 2017. The same year, Tesla delivered roughly 46,535 Model X vehicles.

Tesla’s production struggles have intensified thanks to its mass-market Model 3 sedan.

On price, it’s tough to ignore that Audi customers can expect to spend less than $90,000 for a top-of-the-line e-tron, according to Audi, compared to a top-range Model X. It’s not immediately known how much you’ll shell out when available options are added.

But when comparing one standard-equipped, $86,700 “Edition One” e-tron to a top-shelf, standard-equipped Model X P100D, which starts at $140,000 — both of which are priced before federal and state tax incentives — the difference is clear.