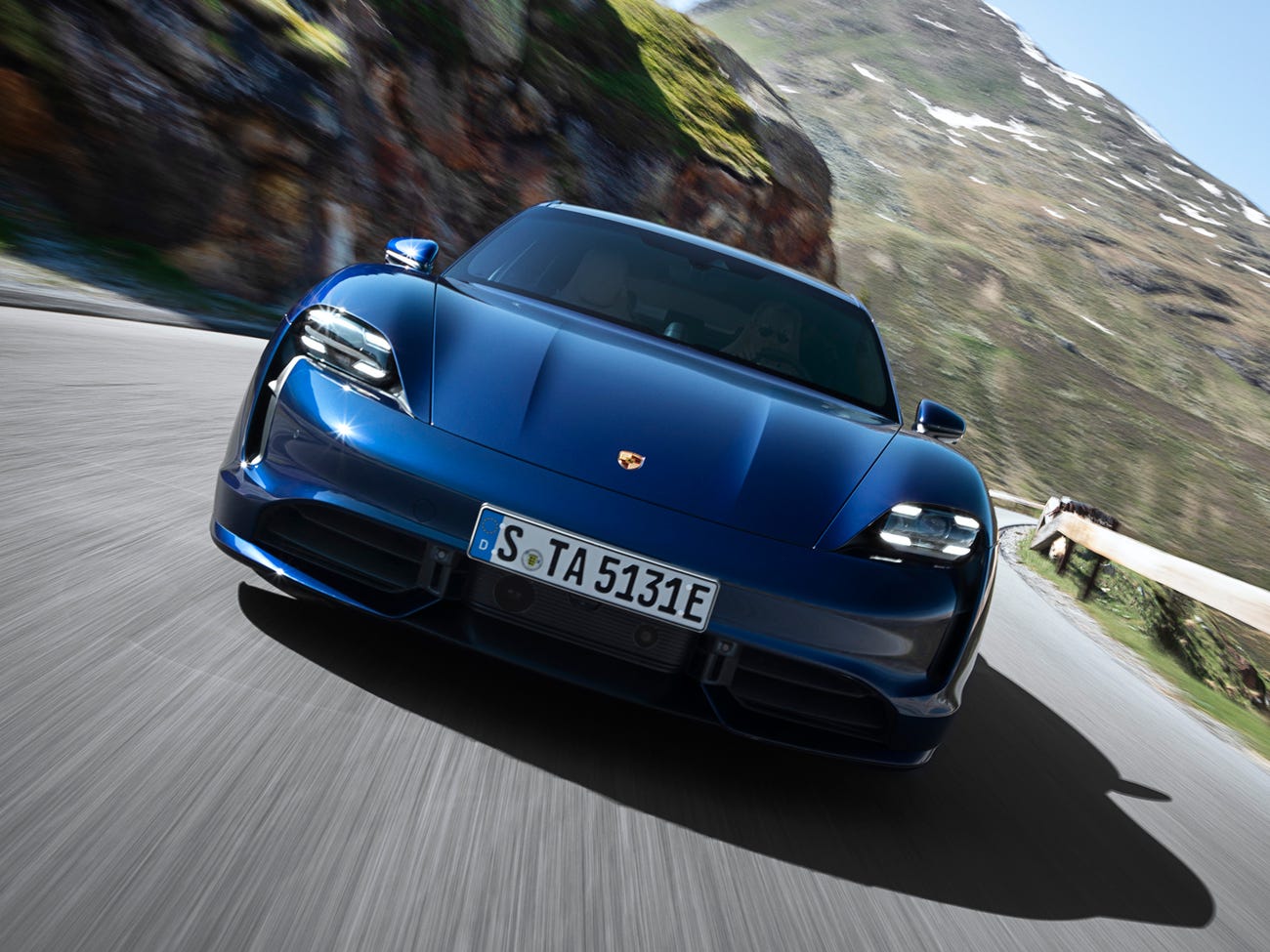 The 14 coolest features in the Porsche Taycan, the company's new $150,000 electric Tesla rival

The car has features and specs that aren’t found in any other Porsche or electric vehicle on the market.

For example, Taycan is the first car with a system voltage of 800 instead of the more common 400 volts, allowing the car to charge more efficiently, according to the automaker.

Porsche focused on sustainability in the Taycan. Its interior can be ordered leather-free, instead made from recycled material. The three-location world premiere of the car also emphasized sustainable energy resources.

The unveiling in North America took place at Niagara Falls, New York, to represent hydropower. The European unveiling was on a solar farm. And the unveiling in Asia was on a wind farm in Fuzhou, China.

“We perceive these natural forces with all our senses in exactly the same way as we experience the impressive power delivery of the first all-electric sports car from Porsche,” the automaker said in a prepared statement.

Porsche says it plans to invest more than $6.6 billion in electric mobility by 2022.

Take a look at Porsche’s first fully-electric sports car and the features that make it both rival and be distinct from Tesla:

1. The automaker says the Taycan is the first vehicle with voltage levels of 800 instead of the 400 commonly found in other electric cars, such as Teslas. This allows for a shorter charging time with higher charging power, Porsche says.

3. The automaker also says that the Taycan has high “potential recuperation power,” up to 265 kilowatts. Porsche says that according to its driving tests, about 90% of “everyday braking” can be done using electric motors instead of hydraulic wheel brakes.

4. The all-wheel drive has two electric motors, and the one on the rear axle also houses a two-speed transmission. The first gear gives the car more acceleration from a standing start, while the second’s long gear ratio improves efficiency and power reserves, even at higher speeds, according to the automaker.

5. Like other Porsches, the Taycan has “Launch Control,” which when engaged and accelerating off the line boosts the electric-motor output to 751 horsepower from 616 in the Taycan Turbo S, according to Motor1.

6. More copper in the “hairpin” windings of the stator coils in the electric motors give the car more power output and torque while keeping the same size battery, according to the automaker.

7. Porsche says it aerodynamically optimized the shape of the car to decrease energy consumption, therefore increasing the range.

8. The Taycan includes what Porsche calls “foot garages,” dips in the battery in the rear footwell allowing for more comfortable rear seating and lower vehicle height.

9. The car has four driving modes — range, normal, sport, and sport plus — as well as customizable options under “individual.”

10. The “Porsche” logo in the rear light bar is designed to look like glass.

11. The Taycan responds to the command “Hey Porsche,” like Apple’s “Hey Siri” function.

12. Porsche says it designed the user interfaces from scratch for the Taycan, and many of the buttons are now part of touchscreens, which wrap over the entire front dash and down the middle console.

13. The interior can be ordered leather-free, made of recycled material.

14. The only physical instrument on the dashboard is this round clock and timer at its highest point, which “places a clear focus on the driver axis,” Porsche says.

The automaker says it plans to invest more than $6.6 billion into electric mobility by 2022.