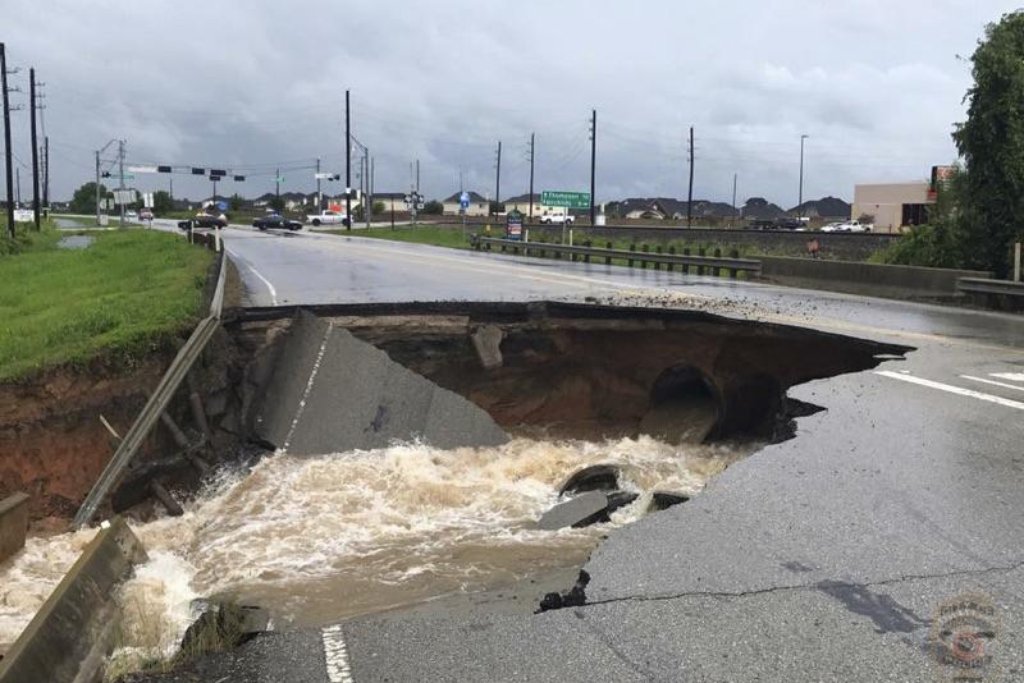 Ground rising and falling in region that has been ‘punctured like a pin cushion’ since the 1940s, new study finds

Oil and gas activity is contributing to alarming land movements and a rising threat of sinkholes across a huge swath of west Texas, a new study suggests.

According to geophysicists from Southern Methodist University, the ground is rising and falling in a region that has been “punctured like a pin cushion with oil wells and injection wells since the 1940s”.

There were nearly 297,000 oil wells in Texas as of last month, according to the state regulator. Many are in the Permian Basin, described in a Bloomberg article last September as the “world’s hottest oil patch”.

But the Southern Methodist report warns of unstable land and the threat of sinkholes.

“These hazards represent a danger to residents, roads, railroads, levees, dams, and oil and gas pipelines, as well as potential pollution of ground water,” Zhong Lu, a professor, said in a statement.

Wink – a tiny town 400 miles west of Dallas best known as the childhood home of the singer Roy Orbison – attracted national headlines in 2016 when the same scientists warned that the land between two expanding sinkholes a mile apart was deteriorating, risking the formation of more sinkholes or even the creation of a colossal single hole.

Injection of wastewater and carbon dioxide increases pore pressure in rocks, a likely cause of uplift. Lu told the Guardian that cracks and corrosion from ageing wells may help explain the sinking.

A “subsidence bowl” near one of the Wink sinkholes has sunk at a rate of more than 15.5in a year, probably as a result of water leaks through abandoned wells causing salt layers to dissolve, the report found. Elsewhere, a lake formed after 2003 as a result of sinking ground and rising water.

Another Southern Methodist University study last year indicated that wastewater injection, often a byproduct of fracking, is a likely cause of recent earthquakes in Texas – with the Dallas-Fort Worth area, one of the most populous in the country, a hotspot.

Seismic activity in previously quiet and sparsely-populated parts of west Texas has soared in the past couple of years as the energy industry has expanded its attention beyond the Midland-Odessa area towards a mountainous and tourist-centric region near the border with Mexico.

For the shifting land study, the scientists analysed medium-resolution satellite radar imagery from four counties in the west Texas oil patch taken between November 2014 and April 2017. The area they examined, 4,000 sq miles, is about half the size of Wales. Now the team is studying a far wider region, from Texas to Florida, and expects to find more evidence of ground movement.

“It’s crazy and just one more clear sign that we need to get off of oil as fast as possible,” said Luke Metzger, executive director of Environment Texas, an advocacy group.