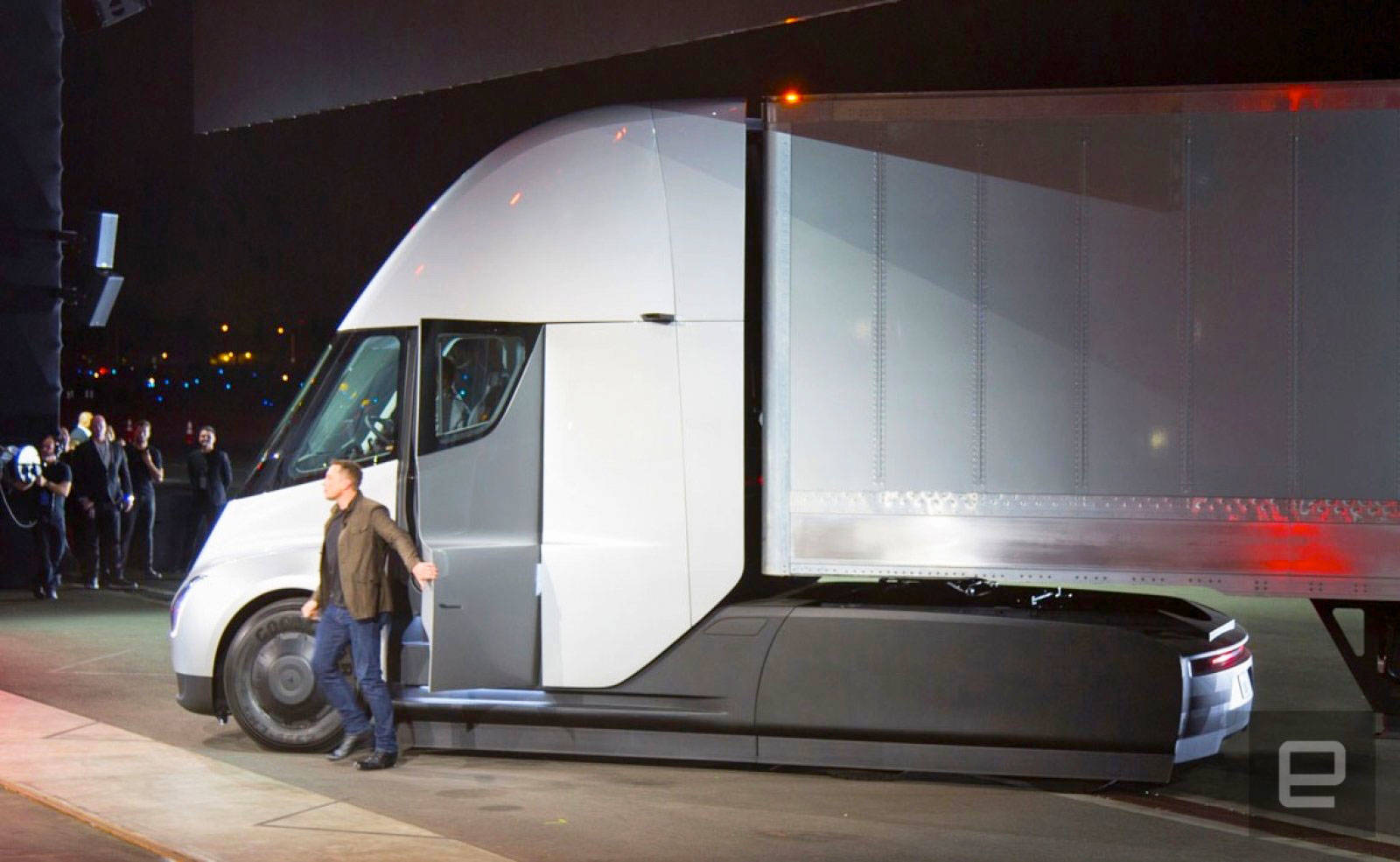 Tesla's electric trucks may be more cost-effective than expected

DHL thinks it could recoup the money in just a year and a half.

When Tesla unveiled its Semi electric truck, it made audacious claims about the big rig’s value — namely, that companies would recoup the cost of the vehicle in 2 years thanks to the savings on fuel. As it turns out, that might have been conservative. DHL exec Jim Monkmeyer told Reuters in an interview that he expects the shipping company to reach that point in a year and a half, saving tens of thousands of dollars per year. The absence of fuel is only part of the equation, he noted. As EV motors are much less complex than the big diesel engines that power conventional trucks, the Semi shouldn’t need as much maintenance.

Appropriately, Tesla’s Elon Musk has hinted that the Semi’s performance might see an upgrade. He’s “feeling optimistic” that Tesla can outdo the specs from the November 2017 debut without hiking the price. We’d take that with a grain of salt when Musk’s companies tend to set overly ambitious goals, but it’s not an idle claim when the first deliveries are slated to start in 2019.

DHL’s hopes depend on the Semi living up to initial expectations, of course, and there’s a lot that could go wrong. It’s no mean feat to produce an EV that large with a range of 300 to 500 miles (the battery will be gigantic), and a lot of Tesla’s math is predicated on the assumption that diesel prices remain the same. If there are unforeseen technical hurdles or diesel becomes cheap, the Semi’s value may go down the tubes. However, it’s not often that customers suggest a vehicle maker is underselling its product — while caution is definitely warranted, this bodes well for the future of electric trucks.