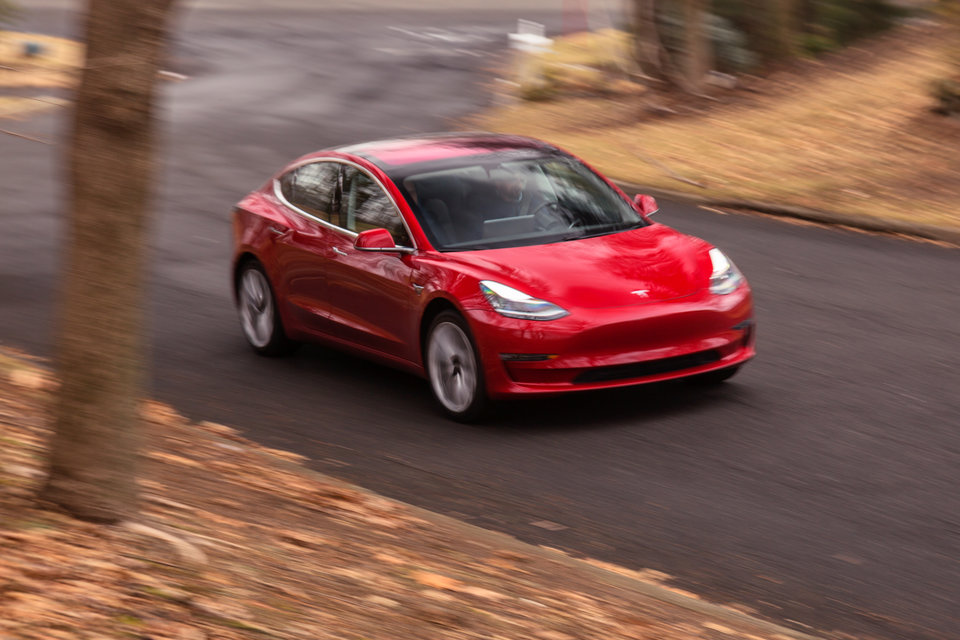 Electric cars have been a topic of frenzied discussion for almost a decade. The chatter has greatly intensified as Tesla has grown and at times become the most valuable US automaker by market capitalization, beating out the Detroit Big Three: General Motors, Ford, and Fiat Chrysler Automobiles.

True, there are quite a few more electric vehicles coming to market in the next few years than have been in the market for the past 10. This has led Tesla naysayers — the likes of Jim Chanos, who has built up an oft-proclaimed short position in Tesla shares — to adopt a tough-minded thesis about CEO Elon Musk’s carmaker.

Tesla is in trouble, the argument goes, because the competition is coming.

Nice soundbite, but totally misguided at best and disinformation at worst.

The global auto market is enormous. In the US, about 17 million new vehicles were sold in 2017. In China, the market could hit 40 million in annual sales at some future point, if the most optimistic predictions are correct. By the end of 2018, close to 100 million so-called light vehicles — cars and trucks designed to carry passengers and moderate amounts of cargo — will get sold.

Almost all of them will be powered by petroleum, either gasoline or diesel. How many is almost all? That would be 99%. EV sales should come in at around 1%.

This is the “market” that’s about to be beset with Tesla-undermining competition. Which is to say that it isn’t a market at all. It’s an experiment.

We still live in an all-gas world

Over time, it will become less of an experiment as EV sales pick up speed. But let’s be honest: if the global EV market doubles, the gas-powered market will still by 98% of everything. If EV sales notch gains of ten times their current levels, the internal-combustion engine will be 90%.

This doesn’t mean that Tesla can’t have a great business with its slice of a small pie; if it records double-digit profits selling mainly luxury electric cars to well-heeled early adopters, there won’t be anything to argue about.

But as for the rest of industry, big automakers aren’t so much looking to take on Tesla as they are aiming to simply be in the EV space. Tesla has served the extremely useful purpose of validating a market of sorts for EVs, and the Porsches and Jaguars and Audis and Mercedes of the world don’t want to fall too far behind.

These automakers also need to add zero-emission vehicles to their lineups to meet more stringent global-emissions and fuel-efficiency requirements. That’s why they’re willing to run their EV portfolios at a loss. If you look at an company such as FCA — whose former, late CEO, Sergio Marchionne, famously lamented losing over $10,000 on every electric Fiat 500 he sold — you see an automaker that lives on full-size pickups and SUVs, hardly the most fuel-sipping products.

But those pickups and SUVs are insanely profitable. To keep that business all good, EVs and gas-electric hybrids have to be sold.

I realize this is a depressing reality. But it isn’t helpful to deny it.

Nor is it sensible to accept the notion of a coming competitive assault on Tesla as a dire prognostication. At its current rate of production, Tesla can reasonably expect to deliver 200,000 vehicles per year globally as a baseline. New factories would obviously increase that two or three times, again at a baseline, but still far fewer vehicles than GM sells annually.

Electric cars are a science project

This isn’t a market that in 2018 is worth spending serious money to compete in. Pickups in the US are such a market. So are smaller hatchbacks in Europe. Increasingly, compact crossover SUVs are becoming a ferociously competitive market.

EVs are a science project. That’s why Tesla occupies outsized mindshare: it’s selling so many EVs relative to the size of the market that it typically compares its vehicles, erroneously, to gas-powered cars, as if consumers are somehow cross-shopping various propulsion technologies. They aren’t. There are just a lot of people with resources out there who want a Tesla. The brand is powerful. And the cars are pretty cool.

As for the dozens of other car companies on Earth, it’s unclear whether they’d really be making EVs at all if there weren’t some edge-case justifications to take the plunge and the other 99% of the auto market wasn’t doing so well (the US has been running at a record or near-record sales pace for three straight years). On top of that, most people I’ve talked to about competition and Tesla aren’t worried about it. They think the next 10 years will present an all-boats-rising-on-a-tide-of-improving-sales scenario.

An EV is still just a vehicle, and until some level of scale arrives — if it ever does — margins aren’t very appealing. Or they’re nonexistent. Or simply, you know, negative. Carmakers know all about the economies of making cars. If you build small ones, you make less money. If you build cars nobody wants, you lose money. If you build successful cars, you can post profits, but they can range widely. And at the low end, we’re talking single digits.

New lines of business that may or may not be electric

This is why big car companies have started to create new lines of business in mobility or transportation as a service. GM has its Cruise self-driving division, which it plans to conjoin with ride-hailing; a recent joint investment with Japan’s SoftBank valued the business at $11.5 billion, roughly a fifth of GM’s market cap.

Waymo, formerly the Google Car Project, wants to follow a similar path. Morgan Stanley thinks it could be worth a staggering $175 billion.

Sherif Marakby, CEO of Ford’s standalone autonomous vehicle division, Ford AV LLC, recently told me that Ford is intentionally not tying itself to EVs for some of its prospective new enterprises because it doesn’t want to have to take vehicles off the road for extended recharging times.

This isn’t to suggest that EVs are at threat of being also-rans or that the larger project — Tesla’s project — of eliminating tailpipe emissions should be abandoned. Electric cars have lost out to gas-powered vehicles for over a century, but since about 2010 they appear to have entered a tipping-point period where their small market is stable and sustainable.

If we look forward another century, it’s a fair bet that EVs will constitute a much larger market and unless the entire present structure of global car brands collapses and is replaced by entirely new players operating from monopoly or near-monopoly bases, then that future market would turn out to be quite competitive indeed.

That’s when we can start talking seriously about how much competition Tesla and everybody else is facing — a long, long time from now.