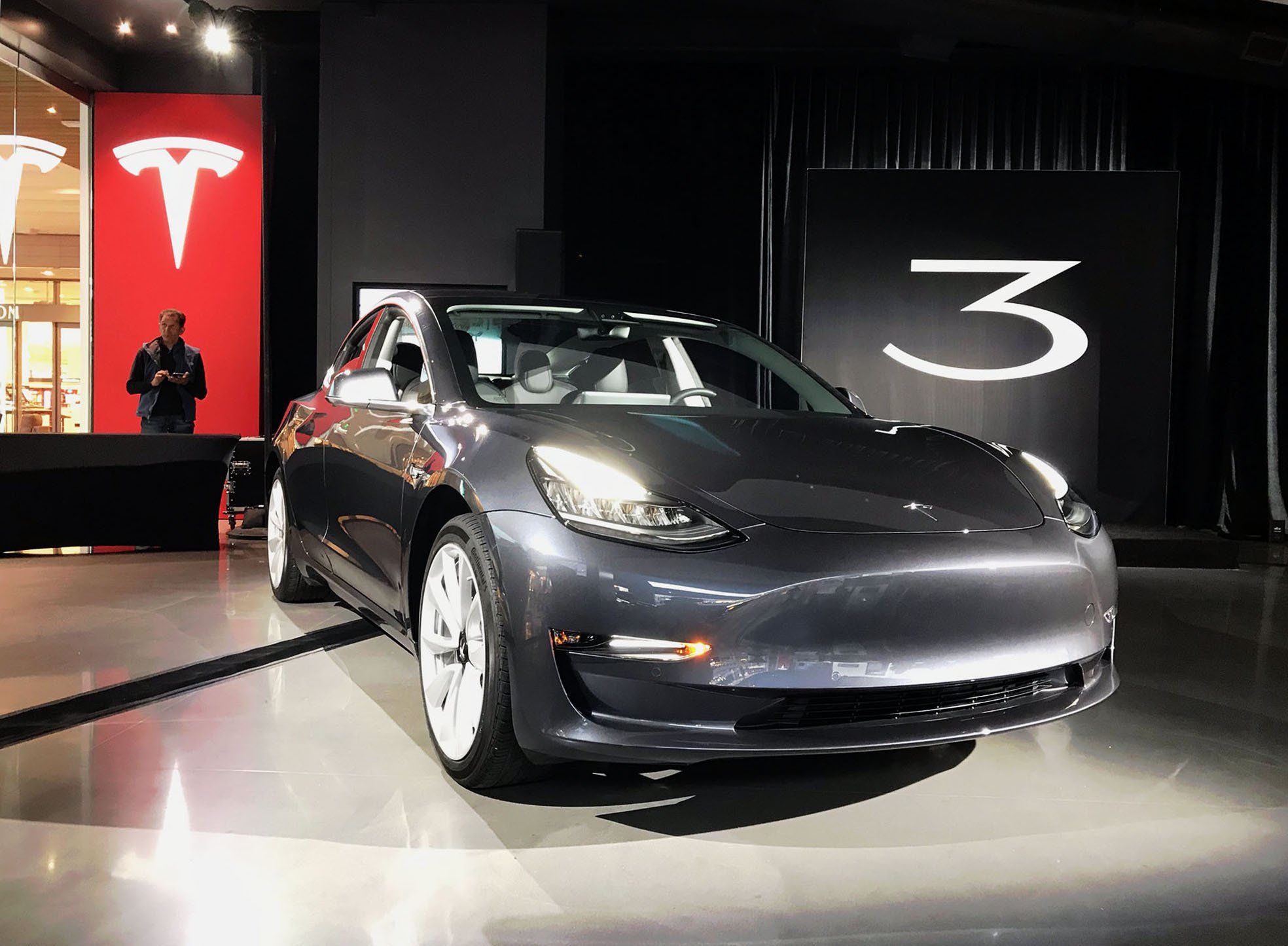 One of the big stories in the car business is the decline of the sedan and the ascent of the SUV.

One of the other big stories is Tesla. Genius CEO, first new American car company in decades, electric vehicles, self-driving technology, sky-high stock price — you get the idea.

Interestingly, if there’s a carmaker that’s bucking the SUV takeover of the nation’s roadways, it’s … Tesla. With 400,000 pre-orders for its behind-schedule Model 3 and people flocking to Tesla stories to see the vehicle in person as if it were a shiny new Apple product, Tesla is singlehandedly arguing that the four-door isn’t over.

Unfortunately, Tesla is going to ultimately lose that argument.

The sedan isn’t a total goner just yet, but it will be

Honda and Toyota are still selling plenty of Accords and Camrys. In fact, those automakers recently designed both vehicles. But the segment is weaker than it has been, well, ever. And most companies, Honda and Toyota included, are rolling out new and revamped SUVs at a furious pace.

Tesla, meanwhile is selling two sedans and only one SUV. Sure, the Model S and the Model 3, with their additional cargo space thanks to the lack of an engine bay, have SUV-like versatility. But the Model 3 isn’t yet available with all-wheel-drive, and the Model S is still a luxury four-door, not a suburban family hauler.

The decline is passenger-car sales in the US is looking more and more like a permanent shift. Carmakers that had solid SUV lineups — I’m talking about you, Fiat Chrysler and the Jeep brand — have printed money over the past three years of booming sales.

Tesla, meanwhile, has largely missed out. The Model X arrived late to the game, and while it has amassed decent sales since 2016, it’s also playing at the upper end of the market. Logically, the Model 3 wouldn’t have been a sedan — it would have been a compact SUV. But Tesla didn’t go that route. And now there are rumors that the company is gearing up to start production of the Model Y — and SUV version of the Model 3 — but not until 2020.

That’s a long to wait for a vehicle that probably wouldn’t just sell as robustly as the Model 3 could — it would sell better.

Tesla has been somewhat immune to the dynamics of the rest of the auto market, but that can’t last forever, and it’s worth remembering that Tesla’s entire big story of the past seven years, post-IPO, has taken place during a massive surge in US sales, with records and near-records set in 2015, 2016, and 2017.

So Tesla has gotten away with having the wrong car at the wrong time, and given that the US market is unlikely to tank in the next year or two, it could ride out the period between the Model 3 hitting full-production in 2019 and the Model Y launching in 2020.

The risk is that it will launch the Model Y just as the market is either seriously declining or stalling. Numerous other EVs will be on the scene by then, as well, so some of Tesla familiar monopoly power over the electric-car space will have eroded.

And to top it all off, EV sales probably aren’t going to be all that much bigger in 2020 than they are today. If the global market doubles, EVs will be 2% of total sales. If the US market doubles, that means 2.5% of the total will be EVs.

Tesla will need an SUV to capture its share of those sales — and not a $100,000 ute with crazy gull-wing doors. In fact, Tesla would ideally have three SUVs: a full-size, three-row product, a mid-size, and a small, entry-level vehicle. Instead, Tesla will have a pair of luxury cars — S and X — the Model 3, the new Model Y, and maybe a pickup and a semi-truck.

It will be, without a doubt, a super cool lineup. But it might not be what the market is buying.