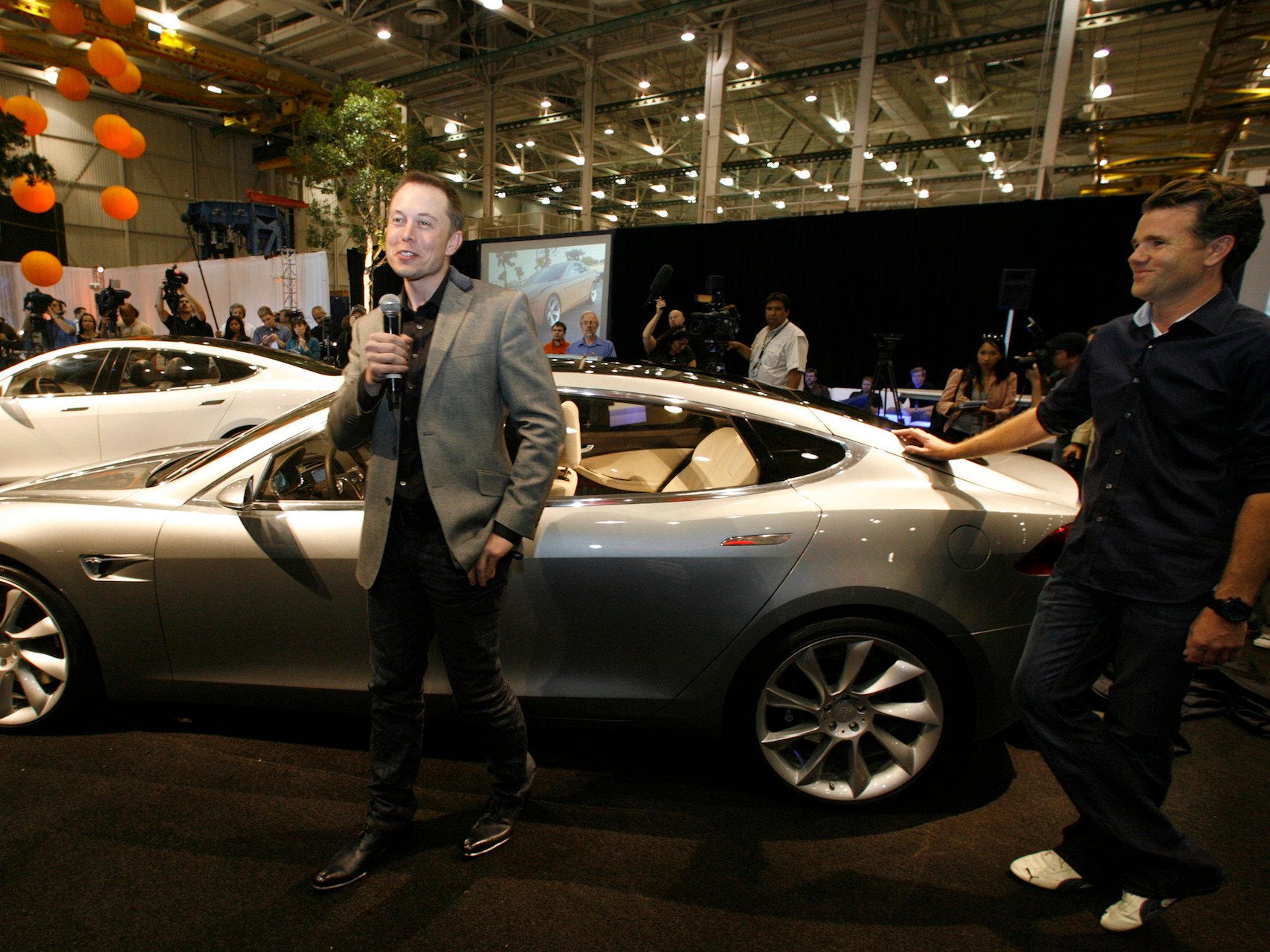 Tesla has put the auto industry on notice.

That’s because Tesla’s ideas, and the way it has connected those ideas to an ambitious vision for a future of renewable energy and self-driving vehicles, are as compelling as those coming from any other American business. The company can thrive despite significant growing pains because it has made observers believe it’s more than a car company.

“It’s more than just a company that spits out a product. It means something,” Kelley Blue Book executive analyst Akshay Anand told Business Insider. “And I think more than any other automaker out there, Tesla has been successful at that, at being more than a car company.”

Anand compared Tesla to Apple and Google, companies that make consumers believe they’re buying into more than an isolated product. This may explain why Tesla’s $56 billion market capitalization is greater than Ford’s ($42 billion) and close to General Motors’ ($58 billion), two companies that are more profitable and better at building cars. And it may explain why Tesla has played an outsized role in shifting the auto industry’s narrative.

“I think the most critical thing that Tesla’s done in terms of the rest of the automotive industry is create a greater sense of urgency as far as innovation and electric,” Anand said. “I don’t think you would see as many car companies putting all these chips in the electric basket and doing it with a sense of urgency.”

You can see that urgency in the steady stream of aggressive investments auto companies like Porsche and Mercedes-Benz announce in electric vehicles, despite the fact that electric vehicles make up around just 1% of the global market. But Tesla has shown there’s money to be made in innovation — if not from customers quite yet, then from investors who are happy to pay over $300 per share for a compelling story.

Tesla has had a similar impact in the race to develop self-driving vehicles. Anand says companies would have developed them with or without Tesla’s influence, but Tesla accelerated that effort in part by showing how self-driving technology could be integrated into contemporary cars with its Autopilot system, which gives its vehicles the ability to stay in a lane and keep a safe distance from other vehicles in certain situations. Now, it seems that a luxury car announcement doesn’t come without a feature that resembles Autopilot.

But not all of Tesla’s ideas are so high-minded. In some cases, the company has simply anticipated consumer demand before its competitors. Anand said that Tesla wasn’t the first company to think about making electric cars look like sports cars, but it showed how much excitement could be generated around sleek, electric vehicles.

“This sounds simple, but I think, going back to the Model S, what Tesla did right was make a car that’s super fun to drive, and they made a car that looks downright sexy,” he said. There’s a reason established, luxury brands like Aston Martin and Ferrari feel compelled to compare themselves to Tesla.

And if you’ve noticed the touchscreens in new cars growing at a rapid pace, you can thank Tesla for that. According to Anand, car companies shifted from incremental to exponential changes in screen size after Tesla started replacing knobs and instrument clusters with displays that were twice the size of some competitors’. For the Model 3, Tesla removed the instrument cluster entirely and installed a 15-inch touchscreen to control most of the car’s interior functions.

But Tesla isn’t perfect. The company’s greatest assets — ambition and marketing prowess — also feed into the company’s biggest weakness: a tendency to make big promises that it struggles to keep.

“I think they need to learn to not promise the moon,” Anand said. “I think, at some point, there has to be a level of realism.”

This is why Anand thinks the Model 3 is a critical moment for Tesla. It will determine if the company’s most pressing issues are growing pains or the inevitable result of a CEO, Elon Musk, who tries to juggle too many projects at once.

“You are starting to see more questions around Tesla,” Anand said. “If you looked at Tesla two years ago, they were infallible.”

The company’s struggles to build the Model 3 are well-documented. Musk said Tesla would be making 20,000 Model 3 vehicles per month by December 2017, but while the company hasn’t released production numbers, it delivered just over 1,500 in the entire fourth quarter last year. The reviews for the vehicle have been positive so far, but whether Tesla can capitalize on that excitement may determine whether it continues to be a leader in the auto industry.