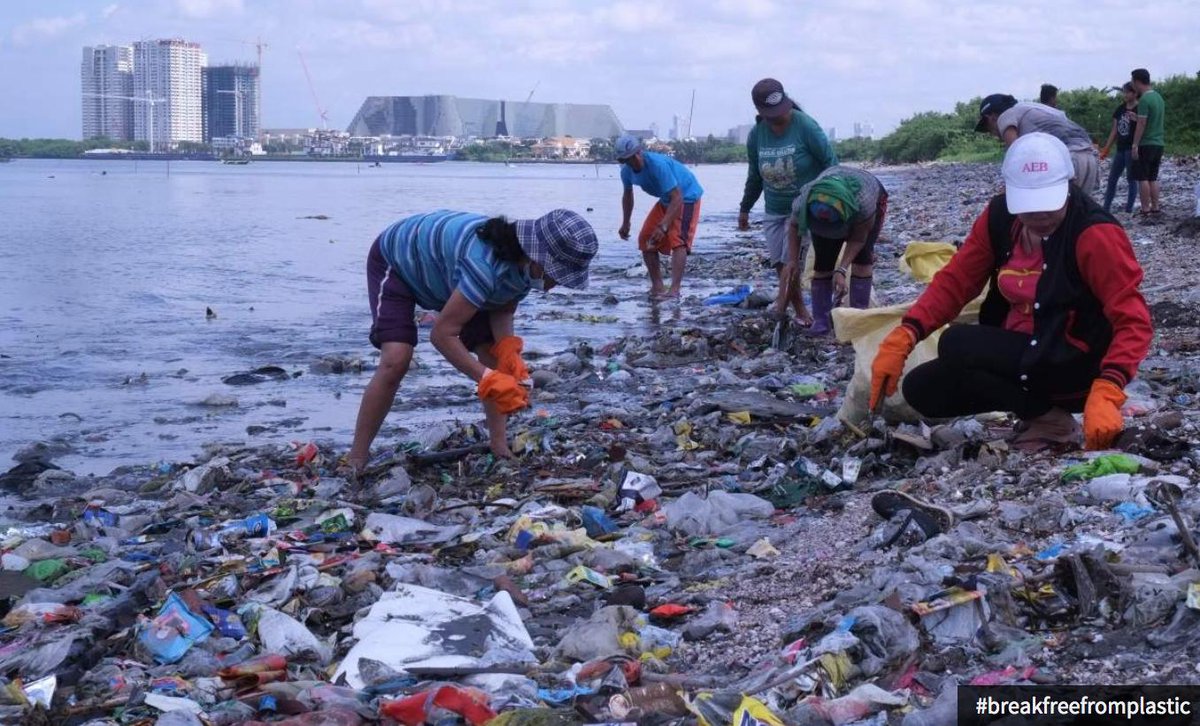 By emphasizing recyclability and recycling over reduction and elimination of plastic waste, major companies are still ducking their responsibility to tackle plastic pollution.

The problem with plastic is not new. For decades the plastics and packaging industry has combined with food and beverages companies to frame it as a “litter” problem. Individuals littering are the problem, and it’s the responsibility of individuals to fix it. Public concern is effectively funneled to “clean-up” events, while industry lobbyists successfully weaken and postpone any policies that effectively would limit the growth of plastic. As a textbook example of how to effectively avoid responsibility for the ever-increasing amounts of single-use plastic, it has been a huge success. But it has been a disaster for the planet, resulting in a plastic pollution crisis.

What’s new is that this slow-burning crisis has leapt beyond environmental concerns to hit the headlines in many countries. Despite the flurry of negative stories, the playbook suggested by those really responsible remains the same: “more recyclable packaging,” “more recycling” and “voluntary targets.” Despite all the evidence that recycling is not the answer, it’s still pushed as the first priority. Only 9 percent of all the plastic ever made has been recycled. Most of that is downcycling to low-grade plastics. Even when effectively collected, a high portion of plastic packaging is impossible to recycle. Like the convenience of plastic packaging, pushing recycling first is convenient for avoiding responsibility.

In order to find out where the plastic packaging actually comes from, I started by looking at the contents of my own plastic recycling bin for two weeks. I live in the Netherlands, which has a long established bottle deposit scheme, plastic bag tax and plastics recycling scheme for most homes, partially funded by a producer responsibility levy.

Despite all the evidence that recycling is not the answer, it’s still pushed as the first priority.

Despite these measures, I still had 147 items of single-use plastic in my recycling bin. Forty came from supermarkets and 52 from named companies; the rest were unbranded plastics. That means of the roughly 3,800 pieces of plastic entering my home each year, over 60 percent comes from consumer goods companies and supermarkets.

The #breakfreefromplastic campaign has done this on a global scale with global audits of plastic pollution. For the last two years, volunteers have organized hundreds of plastic pollution cleanup events and audited what they collect, to create a unique insight into exactly which companies are most responsible. Of 147,000 pieces of plastic collected in 2018, the biggest polluters are Coca-Cola, PepsiCo, Nestlé, Danone, Mondelez International, P&G, Unilever, Perfetti van Melle, Mars and Colgate-Palmolive, according to the organization.

Prioritize reduction and reuse over recycling

Major multinationals have played a major role in creating this crisis. Chasing market expansion and maximizing profits with single-use plastics as the go-to solution. In developing countries, Nestle, P&G and Unilever created the sachet economy using packaging they knew was impossible to recycle, inevitably creating a new type of waste. Small sachets of soap, coffee and instant noodles are the biggest type of plastic pollution in many developing countries.

Unilever is at least belatedly starting to address the problem of sachets, but again the focus is on recycling only, not on expanding proven existing business models such as dispensers and reusable containers. This pattern of aggressively expanding new markets without having solutions for waste is repeating itself with Tetra Paks in Vietnam. Over 8 billion Tetra Paks are sold annually in Vietnam, but only a tiny portion are recycled as the recycling infrastructure has been overwhelmed by growth.

In developed countries, food and drinks companies and the plastic industry have funded industry associations to continually lobby against regulation that requires full producer responsibility for packaging and to prevent solutions such as deposit bottle schemes being implemented or expanded.

Here in the Netherlands, a successful and popular bottle deposit scheme for large PET bottles has been consistently attacked for decades by industry lobby groups. These groups always push for voluntary waste reduction targets that are subsequently never met. The scheme has survived, but reusable hard PET bottles have been replaced by companies in favor of single-use PET deposit bottles, which are mostly destined for downcycling.

In 2018 a Dutch proposal for expanding deposit-return schemes to small plastic bottles and cans was defeated by intensive lobbying from the corporate sector and supermarkets on cost grounds. This is the standard industry lobby playbook in many countries: Delays and promises of voluntary improvement bury the inevitable failure. Rinse and repeat for the next political cycle.

The first part of being a solution to a problem is taking responsibility for your part of the problem.

The problem and who is responsible is clear. Here are the new 4 Rs of how companies and the plastics industry can take responsibility to really be part of the solution:

The first part of being a solution to a problem is taking responsibility for your part of the problem. For huge companies that sell billions of single-use plastic packaging that means being transparent about how much plastic they use, how much they sell and what happens to their plastic waste.

Unfortunately, none has fully disclosed in detail what plastics they consume, how much and where. Only Unilever publishes a partial plastics footprint. Nestlé, Coca-Cola and PepsiCo don’t even disclose how many plastic bottles they sell each year. Without dramatically improved transparency, it’s impossible to assess how seriously companies are taking the problem.

Any credible waste strategy has to start with reducing the amount of waste.

Currently, the global plastics industry is building hundreds of new plants to increase global plastic production by 40 percent, all based on fossil fuels. Only if major customers get serious about reducing demand will these expansion plans be stopped.

Any company serious about tackling climate change also has to get serious about reducing its own use of fossil fuel-based plastics. Despite the plethora of corporate announcements in response to increased media scrutiny, hardly any even mention actual reductions, let alone put reduction first.

The recently announced New Plastics Economy Global Commitment finally marks the start of a response that’s actually addressing the core of the problem.

Getting producers, packagers and big consumer goods companies to commit to hard reduction goals and introduce reusable packaging is a good start. However, the pace and scale of change needs to be faster and solutions that already exist need to be implemented at scale.

Any company serious about tackling climate change also has to get serious about reducing its own use of fossil fuel-based plastics.

Why are problematic multi-colored PET bottles still being used? Supermarkets right now can encourage reusable packaging by offering discounts to customers bringing reusable containers. That fast change only happens when companies are shamed into action by focused campaigns; it does not exactly inspire confidence that the biggest corporate producers of plastic waste are actually prioritizing real solutions.

U.K. supermarket chain Iceland’s move to ban all single-use plastic from its own branded products by 2023 shows that big change is possible, and it represents the level of ambition that other retailers and consumer goods companies need to follow.

There are almost too many examples to count of industry pledges, voluntary reduction promises and alike being used successfully to prevent effective waste reduction regulation, only for these promises and pledges to be broken.

As well as supporting initiatives such as the voluntary New Plastics Economy, major companies must show clear and unconditional support for ambitious regulation to reduce plastic pollution. That also requires cutting funding or membership ties to industry lobby groups aiming to weaken regulation.

Unfortunately, this does not appear to be happening. A recent leaked lobby letter reveals that even a simple measure to require drinks bottle caps to be attached to bottles in the European Union was opposed by Coca-Cola, Nestlé, PepsiCo and Danone. Ironically, the lobby letter proposes bottle deposit schemes as a better solution, which these companies  also have lobbied to prevent being implemented in Belgium, France and Spain.

Coke, Nestle and Pepsi are all core partners of the New Plastics Economy. Unless these companies lead by example and stop opposing mandatory regulation to reduce plastic pollution, they remain part of the problem.

Tackling the plastic pollution crisis will require a complete switch away from the last 50 years of framing, funding and lobbying that created this crisis. Only companies clearly accepting their responsibility to radically reduce consumption of single-use plastic can be considered real leaders.