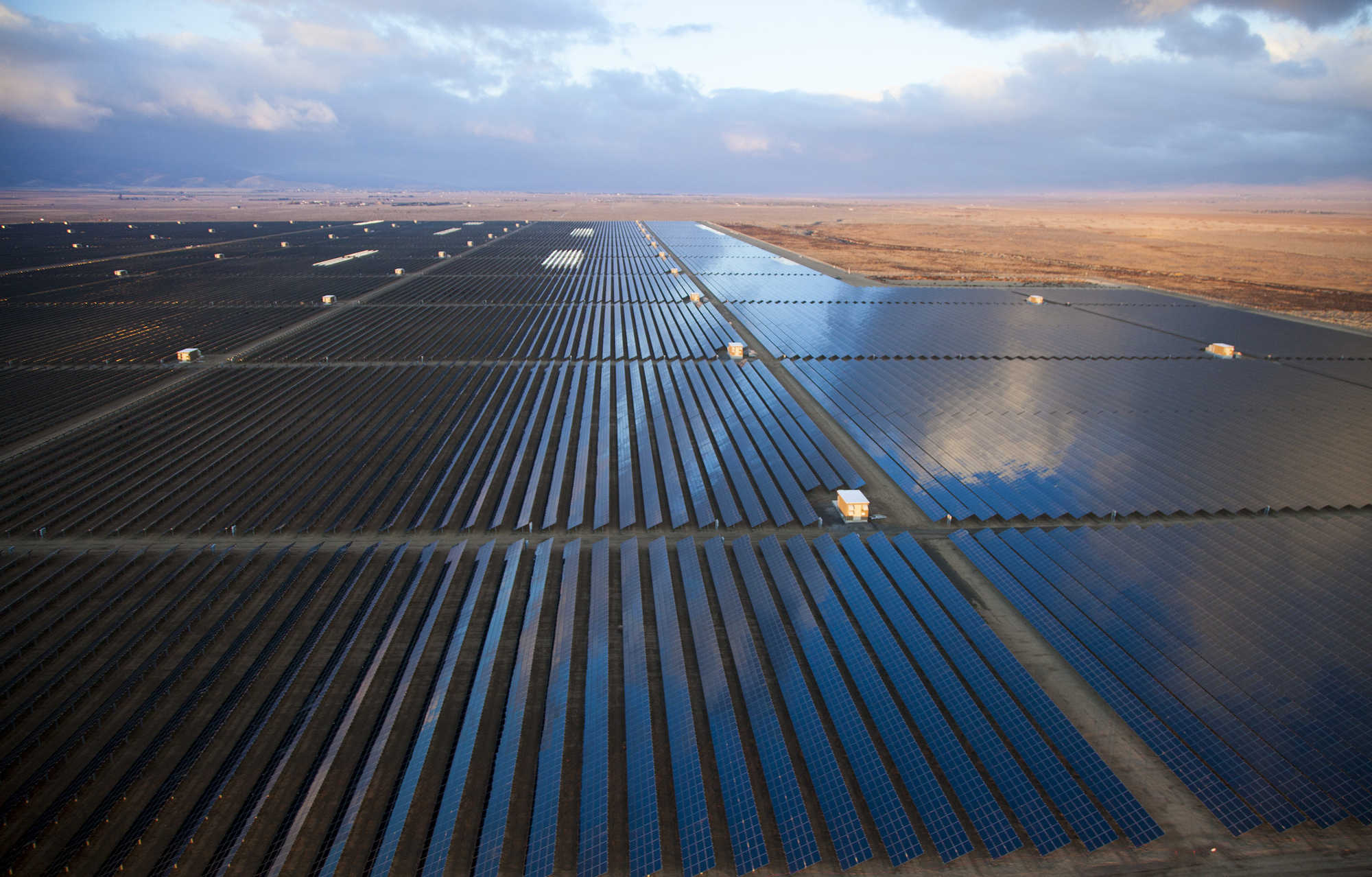 SolarEdge has moved into the utility-scale inverter market as a new growth opportunity.

The Israeli manufacturer of solar inverters paired with DC optimizers has established a dominant position in the residential solar market in the U.S. and elsewhere. From there, the company entered the commercial and industrial segment, and now it is diving into utility-scale solar.

“There are more and more ground-mount projects with SolarEdge around the world,” said Lior Handelsman, co-founder and VP of marketing and product strategy, in an interview at Intersolar this week. “The high-level goal is to make that a significant portion of our revenue, without making the other segments smaller.”

That will put the company into conflict with new and larger adversaries, as the Chinese technology giant Huawei prepares to enter the U.S. residential inverter space.

Meanwhile, SolarEdge has launched products that use inverters as the focal point for smart home applications and made initial forays into the virtual power plant business.

In just a few years, newfangled module-level power electronics have swept the residential storage industry, and SolarEdge and microinverter company Enphase have controlled most of the market.

The company is pursuing all of the above. Much of its residential growth in the last year came from taking customers away from conventional string inverters, Handelsman said. SolarEdge has expanded its footprint in markets like Europe and Australia.

The utility-scale push represents a new strategic shift. The product for that market is not a far cry from the C&I product, but the company pitches it in a different way.

Those benefits — like reduced cabling because the optimizers allow longer string lengths — scale across a massive solar farm. That can be especially persuasive given the thin margins that utility-scale developers have to work with.

SolarEdge has installed in the ballpark of 200 to 500 megawatts of utility-scale power electronics, Handelsman estimated.

But that’s not to say the new strategy will be easy.

SolarEdge will have to prove itself against string inverters already priced competitively for the utility-scale market, as well as central inverters. Shading tends to be less of a concern in the wide open fields of solar plants, which removes one of the company’s best advantages for the rooftop market.

“The utility-scale market is extraordinarily difficult,” said Scott Moskowitz, a research manager covering inverters at GTM Research. “String inverters with optimizers are an inherently higher-cost solution, so it will be SolarEdge’s priority to monetize the other benefits that its system provides.”

Even if shading from trees is less relevant, the module-level optimizers can help with mismatch in module output, which can drag down a string’s productivity. SolarEdge also has developed technology to reduce potential induced degradation, another technical challenge.

“SolarEdge has been extraordinarily successful at executing on it plans in the past,” Moskowitz said. “If they set their sights on this, perhaps the sky’s the limit, but it will be a significant challenge due to the cost-competitiveness of the current utility-scale inverter products.”

The company must balance that push with several other strategic initiatives. It made its first acquisition in May with the $11.5 million purchase of uninterruptible power supply provider Gamatronic Electronic Industries.

SolarEdge also launched a cloud-based virtual power plant service, which taps its fleet of smart inverters to control and dispatch distributed energy. Utilities in Vermont, the Netherlands and Australia are using that service.

Many companies are touting their entry into the VPP market, but Handelsman is more frank than most about the market’s current limitations.

“This is not yet an activity that is revenue-effective, but I think it is the future of solar energy,” he said.

That growth potential informs SolarEdge’s expansion of product offerings to include solar inverters with built-in plugs for storage and electric vehicle charging. The company also has new gadgets that don’t require solar on the rooftop, like a smart home energy monitoring panel and a standalone EV charger.

The more controllable a home’s energy usage, the more valuable it will be as a virtual power plant participant.

Now SolarEdge will have to prove that it can translate early success in residential power conversion to an increasingly diverse range of business ventures.

“When you grow, you need to grow carefully so you don’t lose focus or lose momentum,” Handelsman said.