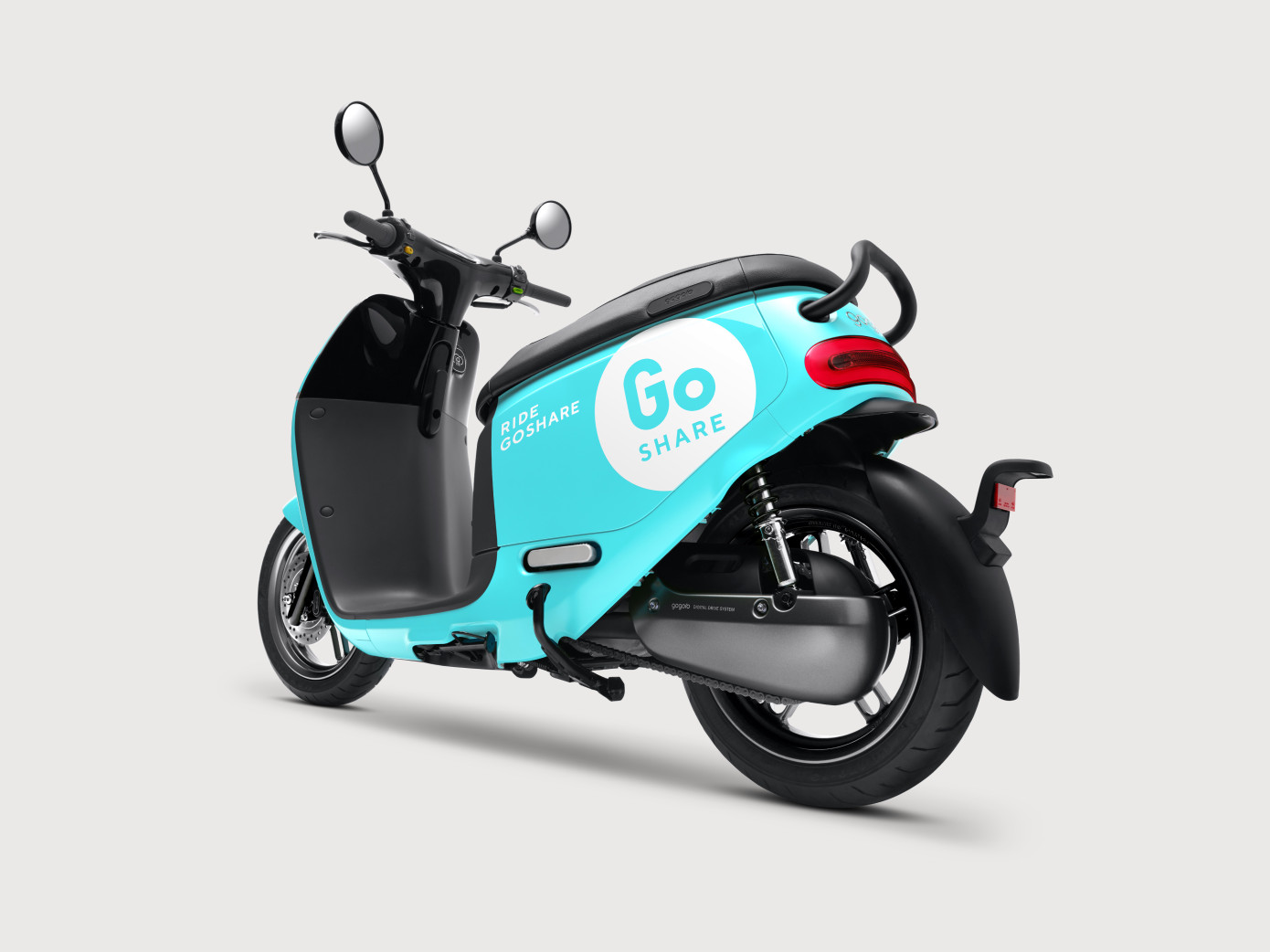 Founded in 2011, Gogoro now makes the best-selling electric scooters in Taiwan, where it is headquartered. The startup has always seen itself as an end-to-end platform developer, however, and today it marked a major milestone with the announcement of a new vehicle sharing system. Called GoShare*, the program will start operating with a pilot fleet of about 1,000 Gogoro  smart scooters next month in Taoyuan City, Taiwan, before becoming available as a turnkey solution for partners.

Gogoro, which develops everything from their scooters and batteries to software, telematics control units and back-end servers, describes GoShare  as “first fully integrated mobility sharing platform and solution.” Co-founder and CEO Horace Luke tells TechCrunch that Gogoro wants to work with partners to expand GoShare into international markets in Europe, Australia and Asia next year. He adds that building the entire platform, including its unique swappable battery system, gives Gogoro an advantage over vehicle-sharing programs from companies like Uber, Lyft, Lime, Bird and Coup because it can constantly track vehicle performance, fine-tune the system and incorporate feedback into new designs.

One of Gogoro scooters’ main advantages is their batteries, which are about the size of shoeboxes and slide in and out of scooters and charging kiosks. In Taiwan, batteries can be swapped at kiosks found at gas stations and more offbeat locations, including retail stores and cafes. GoShare scooters can use the same kiosks as privately owned Gogoro vehicles. This means that users can keep riding the same vehicle all day, swapping batteries whenever necessary (on average, Gogoro scooters can travel about 80 km on one charge). Once they are done using them, they can leave them wherever it is legal to park scooters.

“We’re a platform, we create hardware, software and server technology to serve the transportation of the future and if we can make cities cleaner and healthier, we will do it anyway possible, whether through ownership and charging batteries at home or buying scooters and swapping batteries in the system we provide or, in this case, not even buying a vehicle, but sharing it,” says Luke.

To sign up, users download an iOS or Android app and upload a photo of their driver’s license. Gogoro then uses AI-based face scanning software to check if they match the license’s photo before asking for payment information. Once enrolled, drivers can use the app to locate and reserve scooters. GoShare’s pricing has not been announced yet, but Luke says it will be competitive with public transportation. Gogoro is working with Taoyuan City’s government to offer incentives like free parking in an effort to reduce pollution and traffic.

In a press statement, Taoyuan City Mayor Wen-Tsan Cheng said, “We are confident this Gogoro partnership will continue producing remarkable reductions in air pollution caused by vehicle emissions and will accelerate the transformation of Taoyuan into a smart, livable city.”

With other vehicle-sharing systems, “it has always been the dream to have the vehicles be free-floating and autonomous in management. But they are not autonomous,” says Luke. “Most are used once or twice a day because they run out of power, or the battery is low and people are worried about them running out of energy. That is where Gogoro comes in, because we have a network that enables people to ride vehicles for as long as they want.”

There are currently about 1,200 charging kiosks in Taiwan, with about 200 in Taoyuan City, delivering power to about 200,000 scooters. Eight years after it launched, Luke says Gogoro now holds a 97% share of electric scooters sold each month in the country. When counted as part of the larger vehicle market in Taiwan, including gas vehicles, Gogoro now holds a 17% share.

Luke says the company sees Taiwan, where scooters are very popular but also a major contributor to air pollution, as Gogoro’s pilot market. It recently launched the Gogoro 3, and announced partnerships with Yamaha, Aeon and PGO to develop scooters that will run on its batteries.

The ultimate goal of Gogoro’s end-to-end system is to package it as a turnkey solution for partners around the world, says Luke. “You don’t need to shop around anymore. You can come to us with your vehicle-sharing program and say you want to turn it on.”

*Not to be confused with the on-demand logistics startup of the same name.