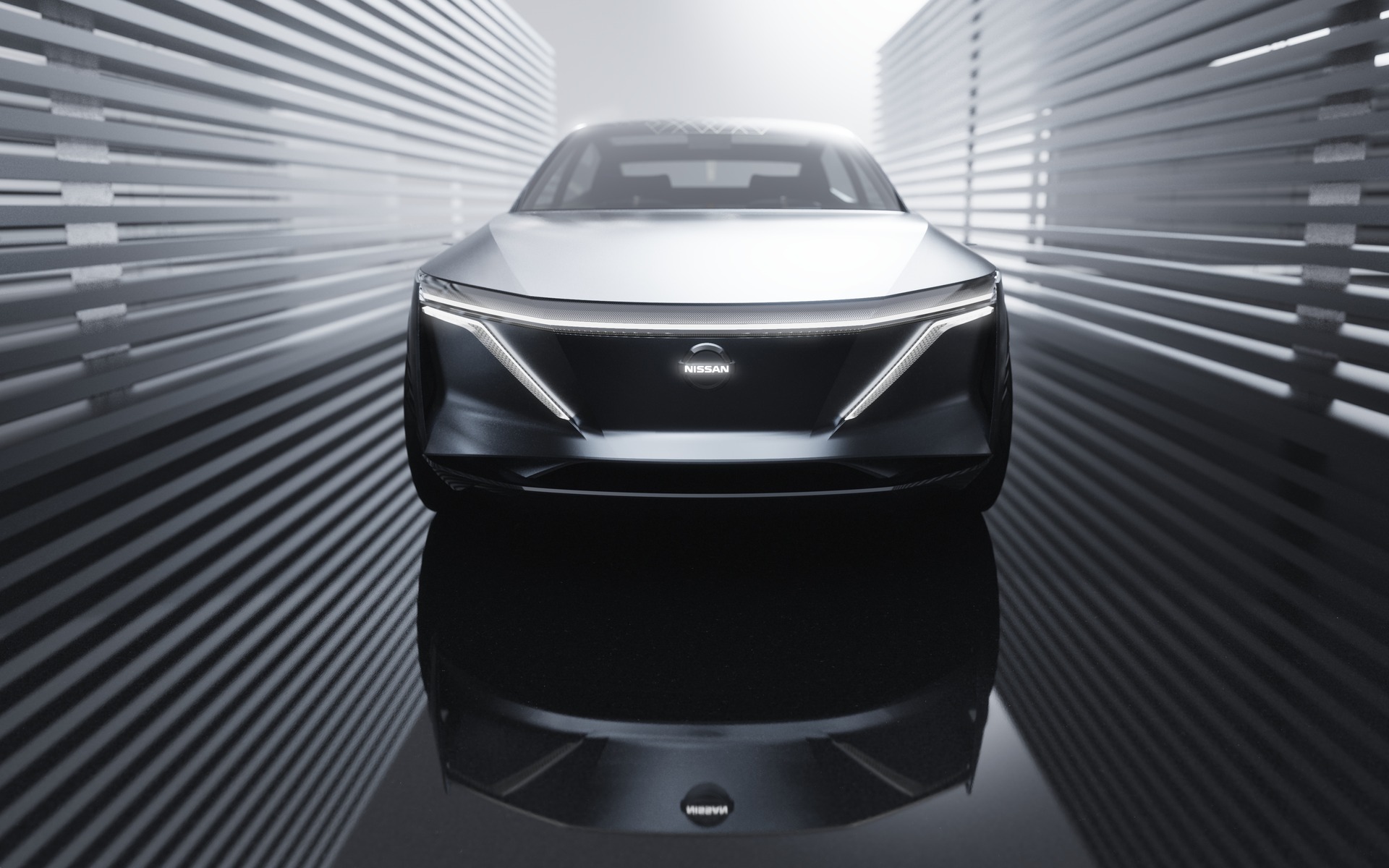 A leader in EV sales, Nissan is ready to take the fight directly to Tesla

Encouraged by strong sales of its affordable, all-electric Leaf vehicles, Nissan seems ready to jump into the luxury market and take the fight directly to Tesla. At the North American International Auto Show in Detroit on Monday, the Japanese automaker unveiled a new electric concept that it describes as “an elevated sports sedan.” It’s an ultra quick, far-ranging, all-wheel drive lightning bolt from the future.

This marks the third time in as many years that Nissan has brought a sleekly designed EV concept to the floor of the Detroit auto show. The Vmotion was introduced in 2017, followed by the Xmotion in 2018. This year, it’s the Nissan IMs, an ode to the Intelligent Mobility branding under which the automaker categorizes all of its battery-powered and semi-autonomous products.

A blend of crossover and sedan, the battery in the IMs is located under the body, giving it a taller-than-normal appearance. But with a stretched interior, it could easily blend in with the sea of limos and black cars bearing C-suite executives through urban canyons. On the surface, it would seem to have more in common with prototypes from EV startups like Byton or Lucid Motors than anything in Nissan’s current lineup. The Japanese automaker’s designers are clearly keeping a close eye on the competition coming out of Silicon Valley and China when making their decisions about the future.

“Advances in electric vehicle technology and autonomous driving have allowed our designers to break free of the platform and packaging rules that constrain traditional passenger vehicles, to create a completely new type of car,” said Alfonso Albaisa, senior vice president for design at Nissan, in a statement. “The IMs explores the limits of sedan design with an approach that elevates the category in both look and functionality.”

The IMs’ electric powertrain consists of dual electric motors (front and rear) and a fast charging 115 kWh battery that generates 483 horsepower and 590 pound-feet of torque. Nissan claims the concept will be able to travel an estimated 380 miles on a single charge and be capable of “autonomous driving” — without going into any specifics about hardware or sensors.

The IMs will also serve as a platform for Nissan’s recently announced “invisible-to-visible” technology. Announced at CES in Las Vegas last week, this product crunches sensor data to “map” a space around the car, highlighting pertinent information like road signs and pedestrians. It also includes something Nissan calls “the Metaverse,” and this is where things get a little weird.

“Drivers may even enjoy the company of a ‘passenger’ from the virtual world in the form of a three-dimensional augmented-reality avatar inside the car,” Nissan says. That’s right: Nissan wants to use AR to beam three-dimensional avatars into the vehicle. That could mean riding shotgun with a professional driver, or even friends and family. This is a future that could get really weird really quickly — but hopefully not too quickly.