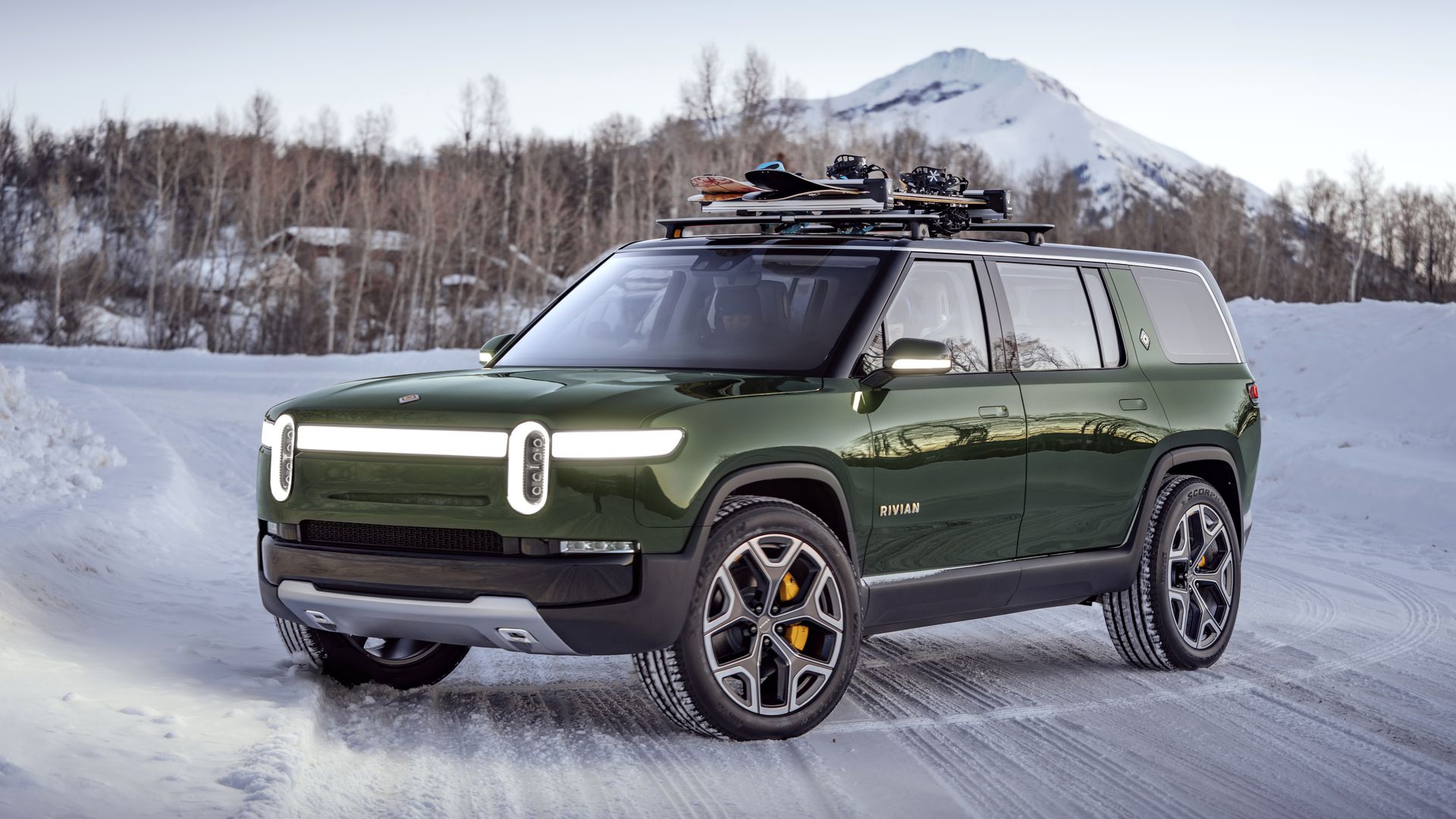 The startup had already raised more than $1 billion from Amazon, Ford and others.

Rivian raised another $350 million to support its electric truck and SUV commercialization.

This investment came from Cox Automotive, a 34,000-person company that facilitates the sale of cars through brands like Kelley Blue Book and online marketplace Autotrader. The deal sets up a strategic relationship between the 10-year-old startup that’s about to reach the market and an established company with ample experience managing the buying and selling of vehicles.

“We are building a Rivian ownership experience that matches the care and consideration that go into our vehicles,” founder and CEO R.J. Scaringe said in a statement. “Cox Automotive’s global footprint, service and logistics capabilities, and retail technology platform make them a great partner for us.”

Like Tesla, Rivian started from scratch designing its own electric sports car, but it soon shifted to producing “adventure vehicles” instead. Rivian’s R1T pickup truck and R1S SUV are set to launch by the end of 2020 with battery range of up to 400 miles and a price point below $90,000. They will sport a quad motor architecture (one digitally controlled motor per wheel) and a bespoke data platform, battery management system and autonomous driving controls.

The promise of electrified transportation in the chunkier form factors that dominate U.S. auto sales has attracted muscular investment from prominent industrial backers.

Rivian entered 2019 with $500 million raised and 600 employees. Then Amazon led a $700 million round in February and Ford Motor Company — maker of the F-150 truck, the best selling vehicle in America — delivered $500 million in April. That puts the total raised at $2.05 billion, and Rivian now counts more than 1,000 employees.

Each of these investors has a strategic interest in an electric truck company. Amazon runs an immense logistics operation that could benefit from more fuel-efficient trucking. Ford owes much of its success to its famous pickup line, but is just getting around to releasing electric versions of its iconic cars.

Cox adds a new set of strategic capabilities, centered around the logistics of automotive sales. Tesla chose to build its own sales infrastructure, taking responsibility for a network of physical stores and delivering cars to customers. Rivian could use its relationship with Cox to tap into existing sales channels.

The company is fine-tuning its vehicle engineering near Detroit to tap into the industrial resources and supply chains there, Scaringe told GTM’s Julia Pyper in an extensive interview published earlier this year.

Meanwhile, it develops its software and autonomous driving systems in San Jose, and builds battery packs in Southern California. Once all the pieces are figured out, they will come together at a 2.6-million-square-foot factory in Normal, Illinois, formerly used and then abandoned by Mitsubishi.

Here are some additional highlights from GTM’s in-depth interview earlier this year with Rivian CEO Scaringe:

“It learns each individual user’s behaviors and statistically understands how you drive, and perhaps more importantly, how you charge. And, depending on those behaviors, it adjusts. It’s constantly making adjustments…to optimize for battery health and for performance.”

On a strategic aversion to hype:

On the need for electric adventure vehicles:

“On a personal note, I’m someone who loves to be outdoors. What always bothered me is the way I would get there, where there’s biking or skiing, because I’d be driving in something that makes the thing I am going to enjoy worse. Meaning, it makes the environment worse.

“And we see in the market today a lot of people are struggling with this as well, who may end up having two very different types of vehicles. You’d be shocked at how common it is for people to have an electric car next to a giant 16-mpg SUV. So we said, “Let’s allow them to not have [to make] that compromise.” They can have something that carries all their gear and can still do the trips that they dream about, in an efficient electric format.”