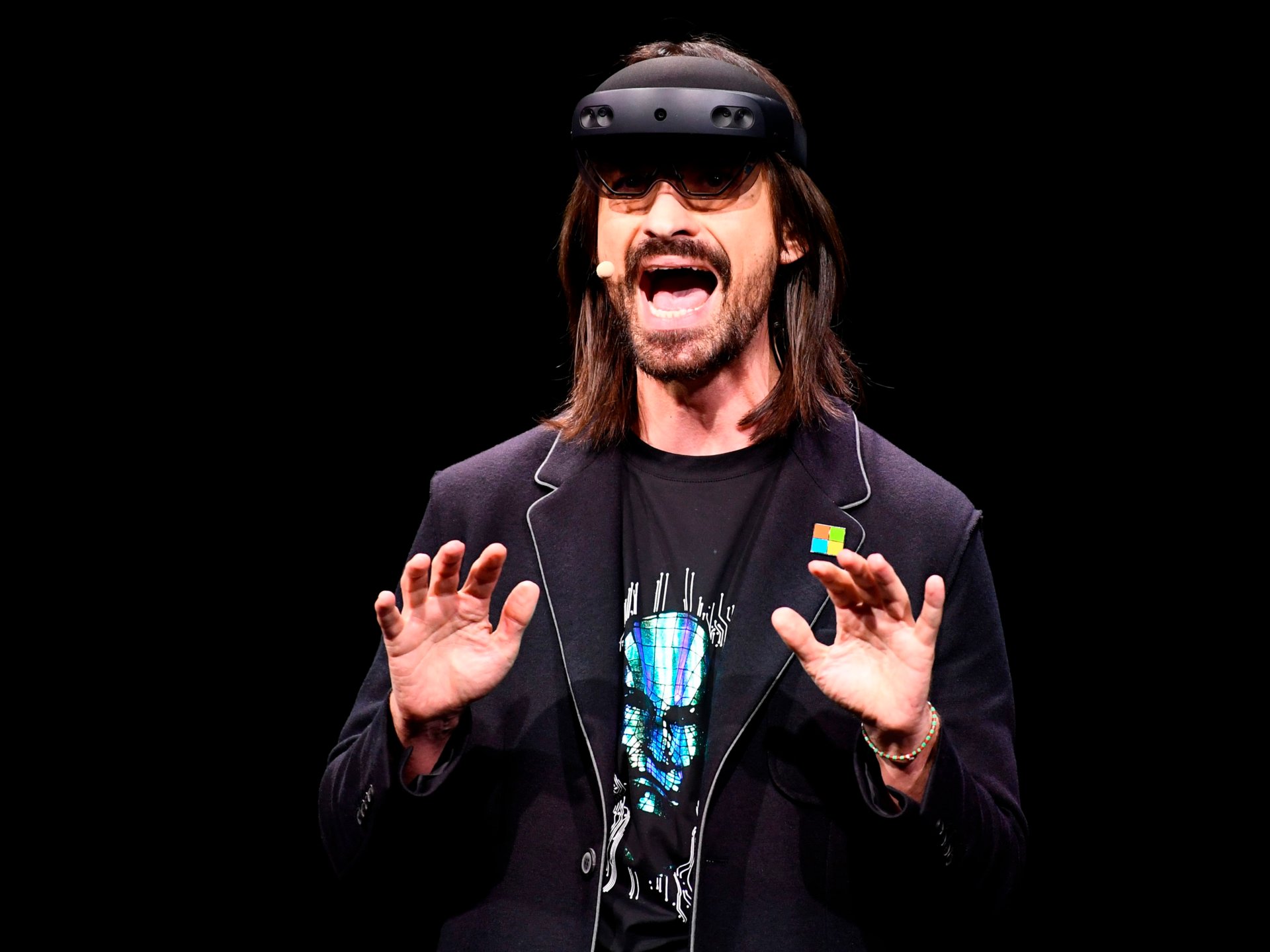 On Sunday, Microsoft announced the HoloLens 2— the second iteration of its pioneering holographic headset, a $3,500 device that projects digital imagery over the real world, a form of augmented reality.

As one might expect, the device was the centerpiece of Microsoft’s keynote presentation at Mobile World Congress.

But in a blink-and-you-miss-it moment that may have gone overlooked, chief HoloLens inventor Alex Kipman made another, related announcement that has much larger implications for the industry: Microsoft committed to allowing anybody to operate their own app store for the HoloLens or any Windows-powered headsets like it.

It’s a commitment that comes among a broad discussion about the economics of smartphone app stores. Apple, in particular, has come under scrutiny for requiring developers to fork over 30% of most App Store transactions, while also disallowing competitors to open their own alternative iOS app storefronts.

Microsoft’s commitment to openness seems to have already won over one of its fiercest critics, as Tim Sweeney, the CEO of “Fortnite”-creator Epic Games, actually made an appearance at the keynote event to announce the company’s commitment to HoloLens as a platform.

That’s especially notable, as way back in 2016, Sweeney decried the Windows 10 app store as “ the most aggressive move Microsoft has ever made,” and a play at making the Windows PC an iPhone-style “walled garden.”

At the event on Sunday, Sweeney announced that HoloLens 2 will get support for Epic’s popular Unreal Engine 4 game design software, and more broadly, that the company will consider HoloLens a part of its strategy going forward — though he said he wasn’t prepared to announce more specifics at this time.

Sweeney specifically called out Microsoft’s commitment to this kind of openness as a reason behind the alliance and tied it to his broader principles.

“We will resist efforts to build walled gardens around our lives,” Sweeney said on stage at the Microsoft event.

To that point, Epic has spent much of the last year campaigning against the major platforms. In late 2018, flush with new funding, Epic launched the Epic Games Store, a PC games storefront that’s challenging Valve’s leading Steam store by offering game developers a more favorable share of the revenue. Before that, Epic courted controversy by skipping the Google Play store on Android, instead asking players to download the game directly from the web.

In so doing, Epic has used the incredible popularity of “Fortnite” to start a conversation around the economics of digital stores like Apple’s, Google’s, and Steam’s. For its part, at least, Steam has changed some of its revenue split model in recent months, though Apple and Google are so far sticking to their guns. In a recent call with shareholders and analysts, Google CEO Sundar Pichai said that he believes the Google Play store offers value for developers.

Microsoft’s HoloLens is a far more nascent platform than Android or Apple’s iOS. When the second version launches later this year, it’ll cost $3,500, and only be available to businesses.

At the same time, much of the industry — including Apple, Facebook, and Microsoft itself — believe that augmented reality tech, like the HoloLens, is the next big thing after the smartphone. By declaring this commitment early, Microsoft seems to be hoping that the next generation of devices allows for healthy competition between app stores.

And by getting Epic on board, Microsoft has a powerful ally in the fight. The two companies had previously teamed up to make it possible for “Fortnite” players to play together across Xbox, the PC, and smartphones — an alliance that got Sony to allow that kind of cross-platform play for the PlayStation 4.

Together, the two might have enough juice to keep putting the pressure on Apple and Google around how they do business in their app stores, perhaps convincing them to make some kind of change.

Beyond the stores, too, Microsoft at its event actually showed how a HoloLens 2 wearer could interact with holograms placed by someone with an Apple iPad using the camera to project augmented reality imagery, indicating the company’s further commitment to keeping the platform open.

However, I’d also be remiss if I didn’t mention that Microsoft doesn’t have a lot to lose here, either. Despite Sweeney’s earlier fears, the company hasn’t had a lot of luck with any of its Windows app stores, and no longer maintains any kind of smartphone operating system at all. By picking this fight, Microsoft can only make itself look better to developers, without having to worry much about the economics of its own Windows app store businesses.