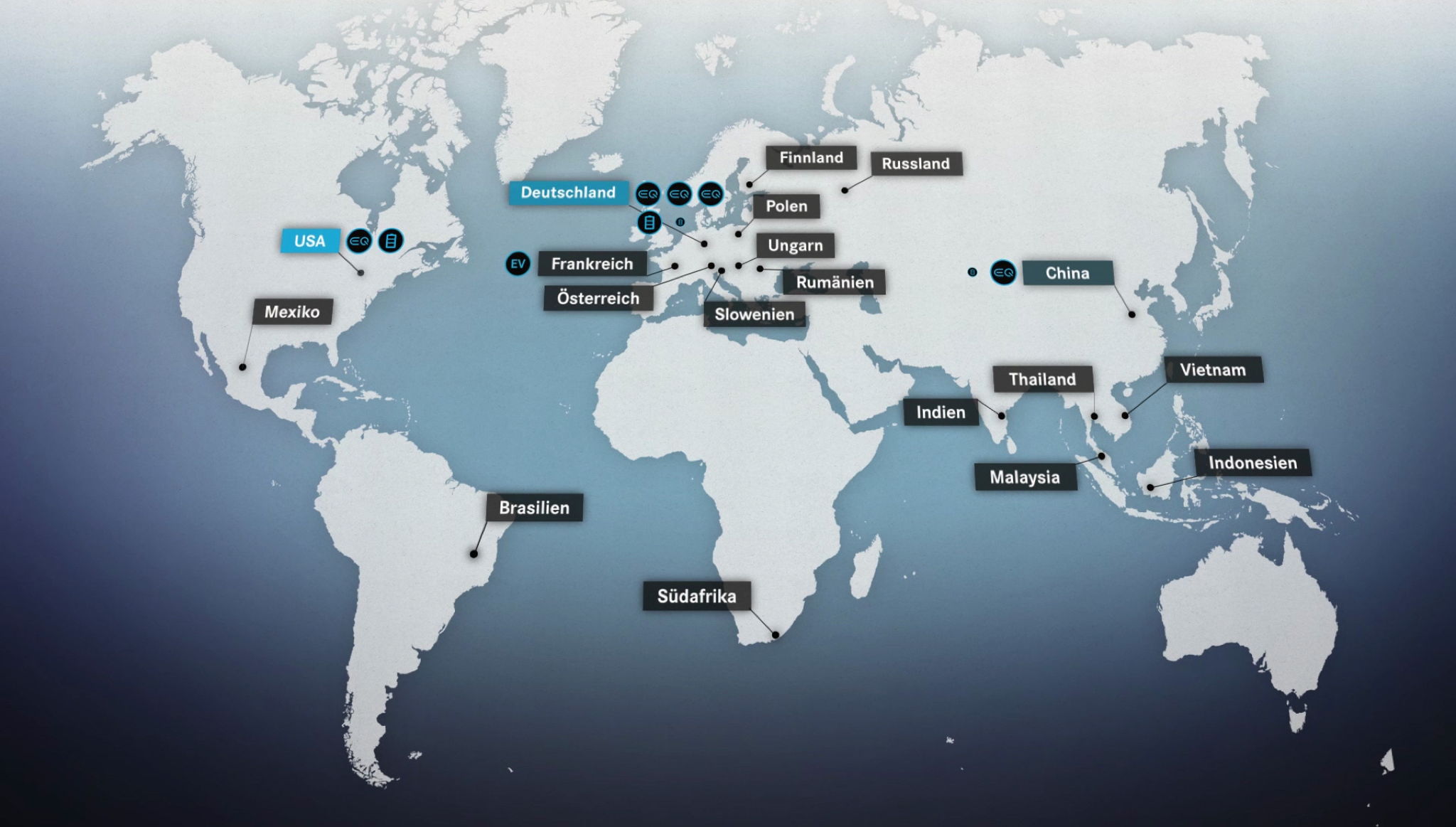 A map of Mercedes-Benz’s production network. The facilities that will be used to make electric vehicles are highlighted in blue.

The looming rivalry between Tesla and Mercedes-Benz took a giant step forward.

On Monday, Mercedes outlined how it plans to challenge Tesla as the premier luxury electric car brand.

In a press release posted to the website of its parent company, Daimler, Mercedes said it will produce electric vehicles in six plants across three continents. The brand also said it will create a “global battery network” to produce batteries for its vehicles. It currently has five battery factories and plans to complete a sixth in 2018.

Daimler had previously announced that it would invest $11 billion to make sure each Mercedes-Benz vehicle would have a fully-electric or hybrid version by 2022, which signaled that the brand would take a more aggressive approach to producing electric cars than many of its competitors. The brand plans to launch its electric EQ brand with the fully-electric EQC SUV, which is set for production in 2019.

Mercedes is serious about electric cars

While other brands have announced ambitious plans related to electric vehicles, Mercedes’ intention to build its own batteries signals the brand’s seriousness in becoming a major player in the electric market.

Tesla’s battery business is one of the company’s greatest strengths. Since 2013, the company has been building out its giant battery factory in Nevada, known as the Gigafactory 1, where it makes the batteries for its vehicles and the batteries for its Powerwall and Powerpack. Tesla’s early investment in battery production has long been called one of its greatest advantages because it put the company ahead of competitors also pursuing electric cars.

The fact that Mercedes is doubling down on battery factories shows that the company is going after the heart of Tesla’s business.