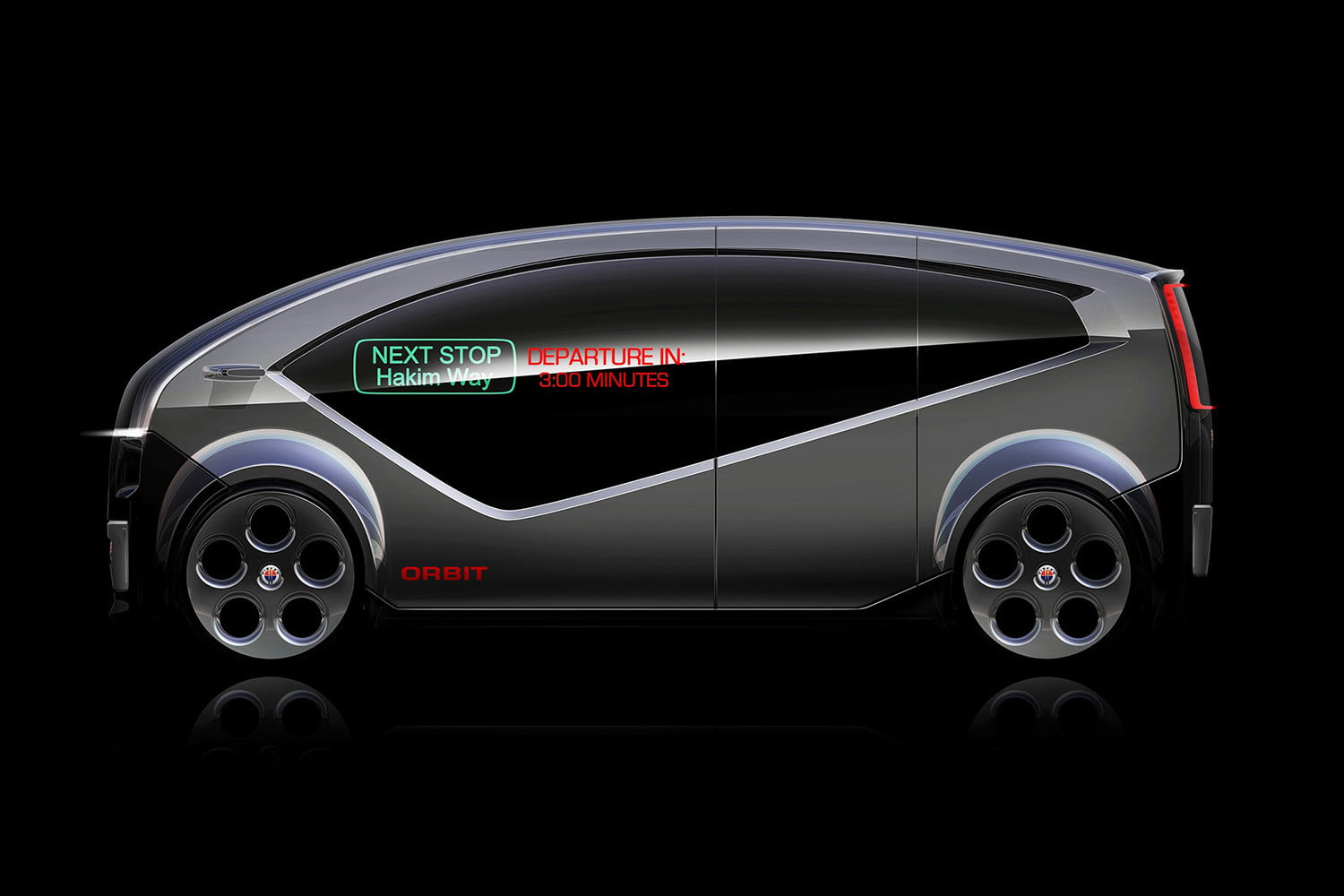 Henrik Fisker has been busy. With VLF Automotive, he and auto industry legend Bob Lutz and bespoke engineer Gilbert Villarreal are rolling out a 745-horsepower supercar, the Force 1. But Fisker is also returning to sustainable transportation with Fisker Inc., his electric car effort.

And last week, he announced that Fisker Inc. was joining with a Chinese company to effectively create a much cooler bus, called the Fisker Orbit.

The designer said in a statement that Fisker Inc. is “entering an alliance with prominent China-based conglomerate, Hakim Unique Group, to develop the world’s most appealing autonomous shuttle for smart cities across the globe.”

“The idea is that any type of mobility should be fun and exciting,” Fisker told Business Insider.

He added that the Orbit’s interior will be flexibly organized: riders can stand for short distances, or sit for longer jaunts.

“The interior will take inspiration from cool hotel lobbies, rather than a boring bus,” Fisker said.

“We will offer different interior options, depending on usage, such as Smart City, campuses and airports. It will be fully autonomous, using Quanergy [laser radar] systems that we are integrating into our [FIsker EMotion vehicle.]”

After the shuttering of Fisker Automotive in 2013 —a victim of both the financial crisis and the bankruptcy of its battery supplier, A123 — Fisker has been mounting a tireless comeback.

But Fisker hasn’t given up on more transformational drivetrains, as the all-electric Fisker Inc. proves. He also isn’t settling to attack just one node of the mobility matrix, or to concentrate on developed markets, as the Fisker Orbit project in China proves.

The man has never been boring, and with his lastest undertaking, he’s decided that the lowly bus shouldn’t be, either.