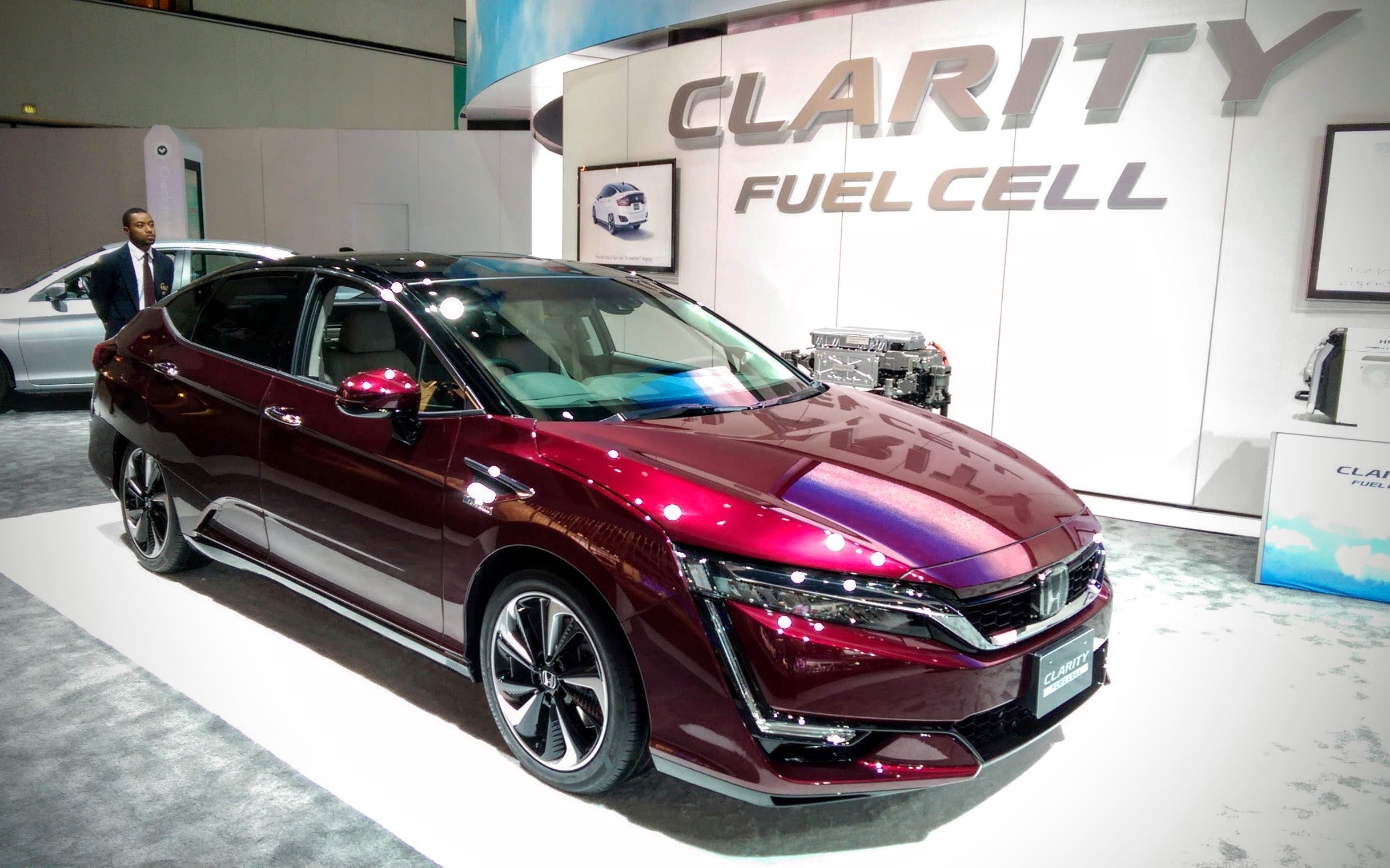 Toyota and Honda have signaled they are finally ready to embrace electric vehicles. For reasons that appear to involve national politics, Japanese automakers have been reluctant to embrace the EV revolution. Following the disaster at Fukushima, the Japanese government made a decision that hydrogen should be the foundation of the country’s clean energy future.

Because of the close relationship between government and industry in Japan, it has seemed that Toyota and Honda elected to put all their eggs in the hydrogen basket. They spent enormous amounts of money and time developing hydrogen fuel cell cars — the Clarity for Honda and the Mirai for Toyota. Only Nissan strayed from the path prescribed by national policy to develop the LEAF. But electric cars are in strong demand noa. Fuel cell cars? Not so much. (Who would’ve guessed it?)

Honda is almost ready to begin production of the diminutive Honda e city car, which will be sold in its home market and in Europe. But that car is deemed too small in size and too short in range for American tastes, and we’ll see how well it competes in Europe against similarly sized and priced EVs with much more range.

Last week, the company announced it is working on a modular electric vehicle platform suitable for C and D segment cars, according to Automotive News. The battery width will be fixed, but its other dimensions will be flexible, as will vehicle width, seat position, wheel size, and ground clearance. As a result, Honda will be able to build larger electric vehicles like SUVs and sedans that appeal to buyers in North America and China.

The new architecture will arrive before 2025 and will prioritize standardization, flexibility, size, and performance, says Tetsuya Hasebe, general manager and chief engineer of Honda’s electric vehicle development division. That greater flexibility will allow Honda to build electric vehicles at any of its factories and use batteries from a variety of companies. The Honda e can only use batteries supplied by Panasonic. “It has a different aim from the Honda e,” Hasebe says. “This one aims for intercity, long-distance travel.”

Honda wants to electrify two thirds of its global lineup by 2030 and achieve electrification across all of its offerings in Europe by 2025. “Electification” includes conventional hybrids and plug-in hybrids, mind you. The company expects that by 2030 15% of the cars it sells will be full-electrics based on the new global EV architecture.

2025? Where will Tesla and  Volkswagen be by then? Honda is way late to the party, which raises this question — why is it not talking to Volkswagen about using the MEB modular EV chassis that is fully developed and ready for production today? National and corporate pride are all well and good, but spotting the competition a 5 year head start is a high price to pay for them.

Most customers don’t know or care who stamps out the components of their vehicles as long as the styling is appealing. It’s unlikely most would be able to tell the difference between a car built on a VW chassis from one built on a Honda chassis. By the time Honda gets its act together, it may find itself too far behind to catch up.

Toyota Inks A Deal With CATL

Last month, Toyota unveiled its own specialized EV platform, which will support six variations ranging from large SUVs to minivans to medium-size and compact sedans. A few days ago, it announced it has agreed to a partnership with Contemporary Amperex Technology (CATL) that will focus on developing new technologies, including ways to recycle lithium-ion batteries, according to Reuters. CATL will supply Toyota with batteries for some of those EVs and the two companies will work together on advancing battery technology. [Disclosure: CATL is a core sponsor of CleanTechnica’s upcoming EV driver report.]

“To further promote the widespread use of electrified vehicles, CATL and Toyota agree that a stable supply of batteries is critical and that battery technology must be further developed and advanced,” Toyota said in a statement. The company says half of its sales will be electrified vehicles — including the conventional hybrids it is known for — by 2025.

The push for fuel-cell cars set both Honda and Toyota back at least 5 years. Hydrogen and fuel cells may have a role to play in decarbonizing the transportation sector, but not in the passenger car segment. Both companies are global leaders, but one or both could find that their slowness in embracing the EV revolution could make them marginal players in years to come.

Electric cars are coming despite the best efforts of traditional manufacturers and fossil fuel companies to delay their arrival. To paraphrase something Brutus said to Julius Caesar, “There is a tide in the affairs of car companies which, taken at the flood, leads on to fortune. Omitted, all the voyage of their life is bound in shallows and in miseries. On such a full sea are we now afloat and we must take the current when it serves or lose our ventures.” Both Honda and Toyota are in danger of missing the boat to the EV future.