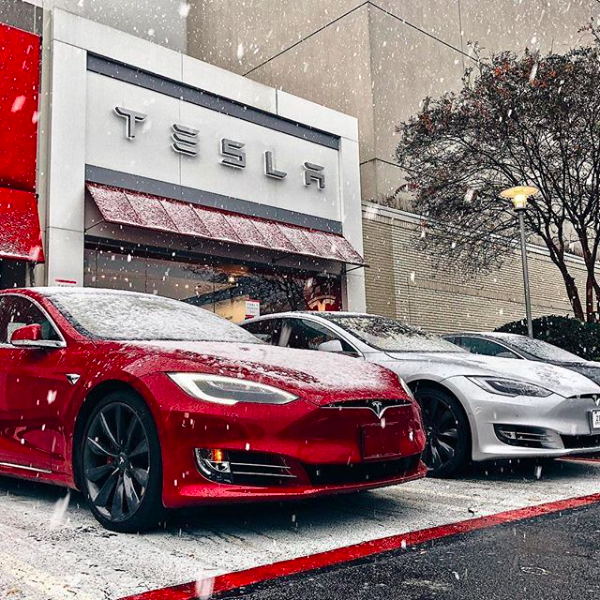 How Tesla Redefines The Auto Business

Tesla’s original mission was to electrify the world’s transportation system. Along the way, that expanded into a reboot of the entire automotive industry. By the time it’s all over, Tesla will have redefined not just the way cars are fueled, but the way they are designed, manufactured, marketed, and sold.

From the company’s emphasis on self-driving capabilities to its treatment of the vehicle as a computer system, with a unified operating system and over-the-air software updates, Tesla has made important advances, and the lessons have not been entirely lost on the legacy automakers. There are already signs that the Tesla way of doing things is starting to influence the global giants in several areas.

Like other tech pioneers such as Apple, Tesla sees the automobile as part of an “ecosystem” of products and services, and forward-looking execs at other automakers are beginning to see things this way too. The electric vehicle will not be simply a plug-in replacement for the legacy gas-burner, but rather a part of a new paradigm that includes charging infrastructure, vehicle autonomy, new ownership models and renewable energy. Automakers around the world are investing in charging networks, makers of self-driving tech and transportation service providers like Uber and Lyft. Some have explored partnering with solar installers to offer package deals to customers.

Also like Apple, Tesla understands that it isn’t selling just a product, but rather an “ownership experience.” When you look at automobile ownership as an overall experience, you’re bound to come to the conclusion that there are certain parts of the experience that people really dislike, and smarmy car salesmen are near the top of the list. Another obvious conclusion is that the car buying experience is hopelessly outdated.

We’ve been banking online for decades, and buying consumer goods without setting foot in a store. Even the process of buying and selling real estate has moved online to a great extent. When it comes to buying a car, however, we still have to drive all the way out to the airport road and endure a long and tedious sales ritual that hasn’t changed much since the 1960s.

Tesla’s efforts to make car-buying more pleasant date all the way back to the Roadster days, as former Tesla VP George Blankenship explained in depth in a recent talk. The company’s direct-to-consumer sales model is loved by auto buyers, hated by politically powerful auto dealers, and surely envied by the legacy automakers who, for better or for worse, are firmly bonded both legally and financially to their existing system of independent dealerships.

The Tesla sales model saves money by cutting out the middleman, it gives the company near-total control over the way its vehicles are presented to buyers, and it gives buyers a direct relationship with the automaker. As a recent article in Fortune points out, it also delivers another unprecedented benefit: it brings buyers (and their money) into the car-buying process before the company builds a single vehicle.

“They managed to sell so many Model 3s, even before the Model 3 was in its final design stages,” says Tim Huntzinger, an automotive designer who teaches at the ArtCenter College of Design in California. “It was almost like they were doing Kickstarter for cars. They were able to bring in hundreds of millions in revenue before actually creating final tooling for the vehicle.”

And the benefits of this system don’t just flow one way — Huntzinger believes that buyers are empowered by being involved in the process earlier. “To get feedback from customers early in the process — that’s totally new and totally different. The purchasing experience is so different [from what] we’ve all been forced into with the dealership model. It’s super-refreshing to see the customer being put first.”