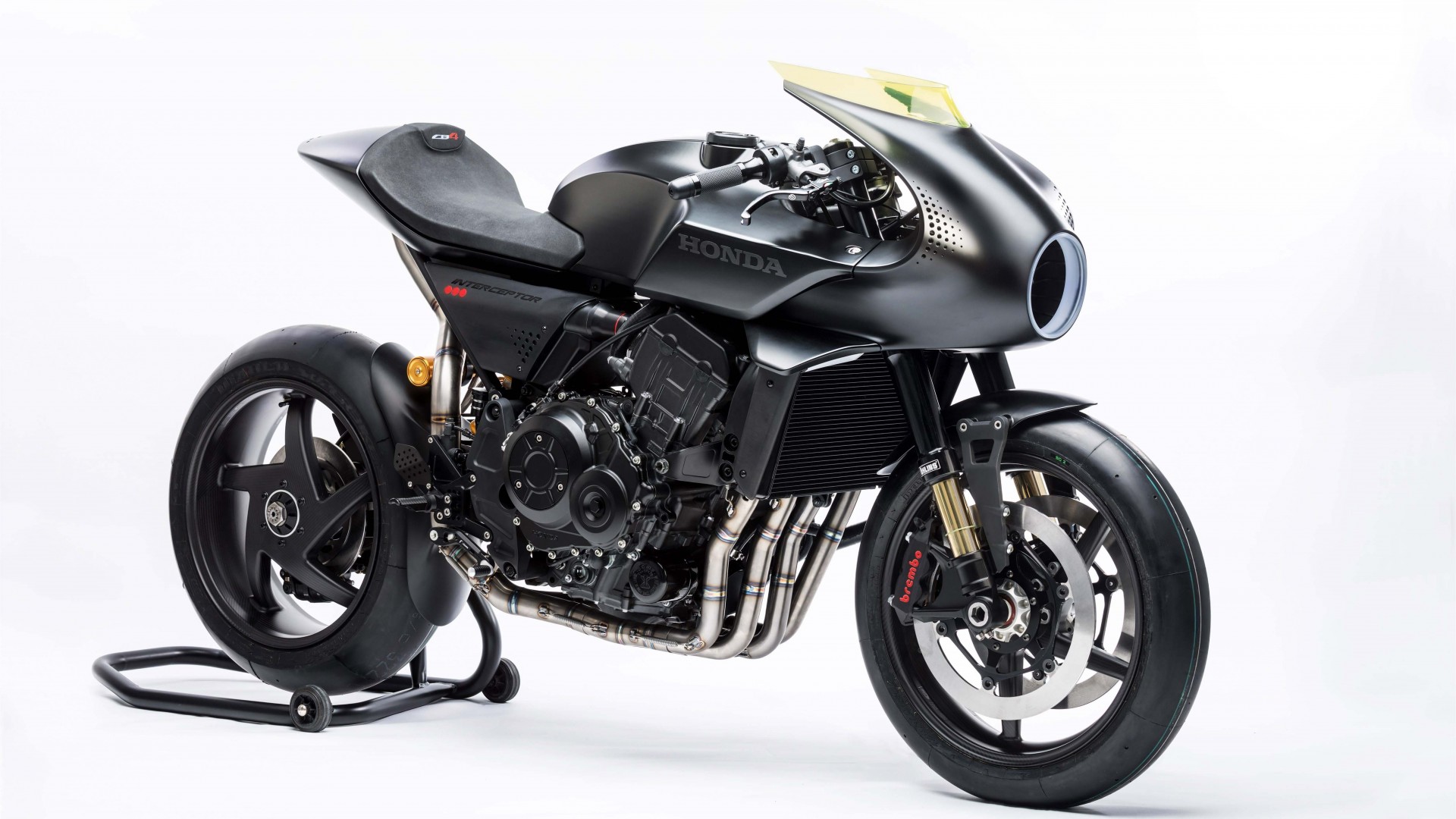 An automotive concept platform is a vehicle that exists solely for testing design elements and technology prototypes. Concept platforms differ from the “test mules,” which are early versions of vehicles bound for eventual production. A concept platform such as the CB4, as cool as the current Interceptor version may be, isn’t constrained by production deadlines.

The CB4 Interceptor design displayed in Milan is the work of Honda’s Research and Development facility in Rome. The original CB4 concept was introduced at the 2015 EICMA. The 2017 CB4 also sports a ‘Neo Sports Café’ design theme, this time with an added ‘Sport Endurance’ tone, according to a Honda press release. Combining cafe racer and enduro styles is an interesting mix. What Honda’s R&D group refers to a “total black” color scheme works as well.

The green energy element of the bike is the turbo-fan that surrounds the multi-LED headlight. When the bike is moving, the fan spins, creating kinetic energy that powers a user display embedded in the top of the gasoline tank. The touchscreen display allows the rider to navigate via digital maps, use a phone, and connect other electronic devices.

No details are available to explain how the wind energy system would work, but some form of energy storage must be in play because otherwise, the display would stop working when the bike stops moving.

The original  Honda CB concept from the 2015 EICMA (see image below) shares many design elements with this year’s CB Interceptor. The engine, reverse forks, brakes, and part of the exhaust system appear to be the same.

Honda is not unique in putting a turbine shape to functional purpose on a motorcycle. Saigon-based Bandit9‘s limited edition L-Concept motorcycle-as-art has a turbine shape around the engine to help with cooling the 1967 125cc Honda Supersport engine that powers the motorized art.