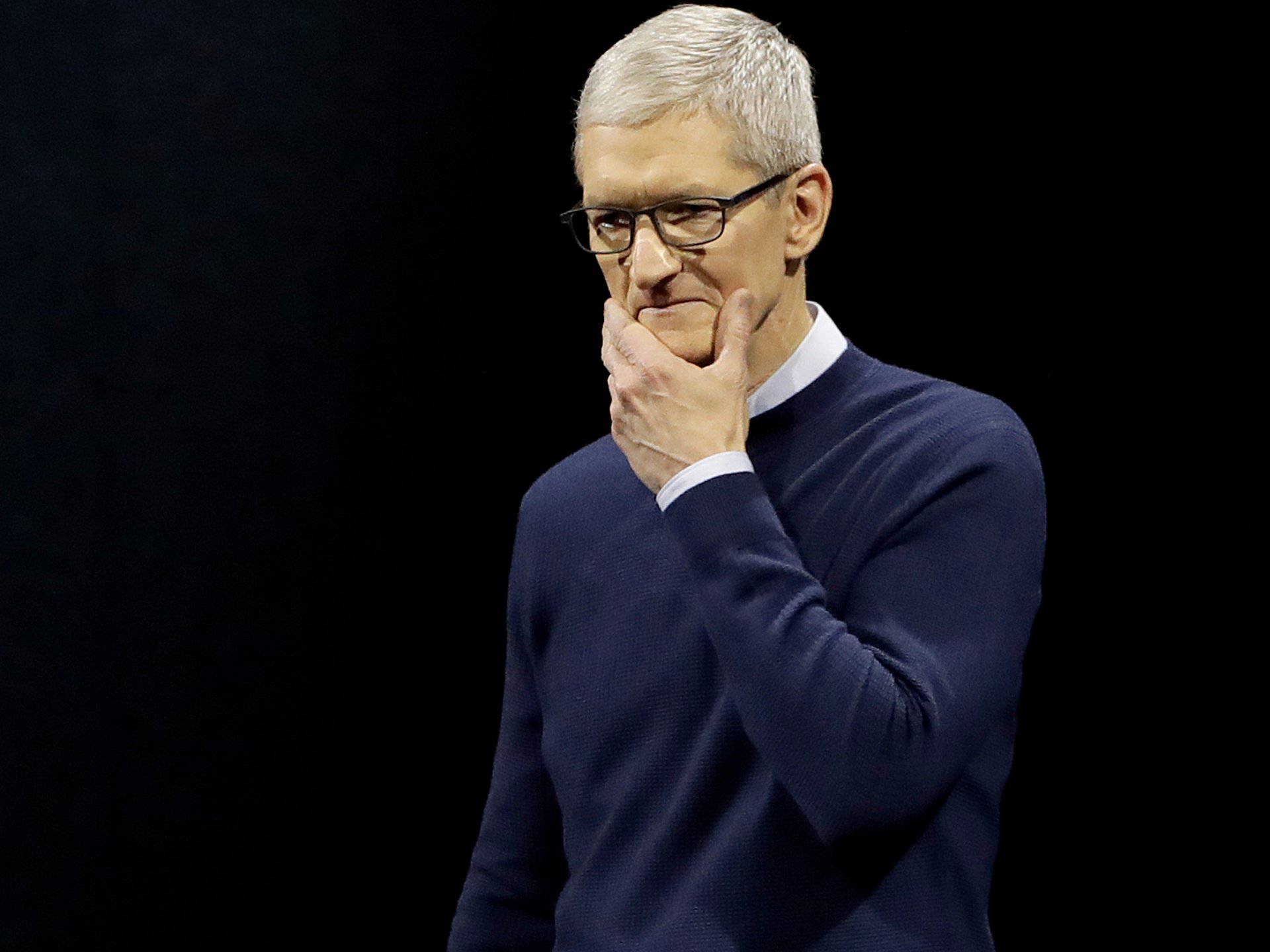 Hi Tim, I’ve got a simple solution for the problem you seem to be having selling iPhones.

It would also be the right thing to do for your customers and longtime fans. Better yet, it would be smart business.

I know you know this, but things haven’t been looking good on the iPhone front lately. Just Tuesday, Bloomberg reported that you have revved up your marketing efforts to try to boost the sales of your latest phones and have started offering more generous-than-usual trade-in terms for older phones.

Those efforts are starting to look more and more desperate. For the first time in recent memory, Apple reportedly sent a push alert Thursday from your Apple Store app to iPhone customers to advertise the new phones. I got an ad for them Friday in my Twitter feed — one of the first I recall ever seeing.

You’ve even stooped to advertising the new iPhone XR at a too-good-to-be true price of $449— $300 below what you actually charge for it. People have to notice the asterisk beside the number and bother to read the fine print to realize that they have to trade in a recent phone that’s in good condition to get that low, low price

But those are only the latest signs that you’re struggling to find buyers for your new phones. The Wall Street Journal reported earlier this month that you’ve twice cut back on orders for your iPhone XR and also slashed orders on your XS models. Foxconn, your biggest manufacturing partner, is cutting costs and warning of a tough year ahead. And you yourself stoked investor fears when you offered a weaker-than-expected sales forecast for the holiday quarter and announced that you’d stop your long-standing practice of reporting how many iPhones and other devices you sell.

From where I’m sitting, well outside the walls of your gleaming spaceship campus, it’s pretty easy to understand why you’re having such trouble — your phones are too darn expensive.

When you debuted the iPhone in 2007, it was considered by many to be extravagantly costly. Its price? $499 for the base model, or about $606 in today’s money, given inflation.

The least expensive of your most recent phones — the XR — costs nearly $150 more than that inflation-adjusted figure. And your flagship model, the iPhone XS Max, has a starting price that’s almost double it.

Sure, today’s phones are leaps-and-bounds better than those first models. They have bigger, higher resolution screens and much faster processors. They have much-improved cameras and built-in facial recognition systems. And they can do things those first phones couldn’t, such as shooting movies, making video calls, displaying augmented reality, and running multiple apps at the same time.

But you know what? Lots of other phones offer similar capabilities these days, and some really good ones cost hundreds of dollars less than your phones.

Hiking prices paid off in the short term

I know. You’ve made it a personal point of pride to turn Apple into a premium brand. You’ve been hiking prices on many of your products, not just your iPhones, and putting an emphasis on things that appeal to higher-end consumers like leather cases and watch straps and tie-ins with luxury brands such as Hermes.

I also recognize that the smartphone market is maturing. Growth is slowing to a standstill globally, because much of the world’s population already has smartphones. Raising prices is a way to increase revenues despite static or falling sales.

And I know you’re focusing more on your services business these days. In the future, you see selling subscriptions to Apple Music and iCloud and your upcoming video business being as or even more important than selling iPhones and iPads.

And, sure, at least in the short term, your premium price strategy has paid off. Even though you’ve sold about as many iPhones in the last year as you did the year before, your revenue from them went up 18%. Your profits have soared too — they were up 23% in your last year.

Those healthy profits might take a hit if you step back from your premium strategy. It might also be embarrassing, even galling to some there in Cupertino.

But it would be the right thing to do.

Even though you got a big boost from raising prices last year, that’s starting to look like a one-trick pony. On average, Wall Street analysts are forecasting that the number of iPhones you sell in your current fiscal year is going to fall 2% and your smartphone revenue is only going to grow 1%, despite your higher prices, according to UBS.

And some analysts think the situation is going to be worse than that. UBS’s Apple analyst Timothy Arcuri is predicting your unit sales are going to fall 7% this fiscal year and your iPhone revenue will drop 2%.

There’s good reason to believe that your prices are starting to depress your sales and revenue. Consumers are already holding on to their phones longer and are planning on waiting longer to replace them. UBS found that when considering whether to upgrade, consumers are much more concerned with the price of new phones than the features they offer. In other words, for many customers, new features like the Face ID facial recognition system or bigger screens aren’t going to convince them to buy a new phone if the phone costs too much.

Your prices are a particular problem in developing countries such as India, which is one of the few places around the world where smartphone growth is still strong. By all accounts, you’re having a tough time gaining traction in India, simply because your phones cost too much — an iPhone XS can cost more than half the average Indian’s annual income. If you want to compete there, you’re going to have to cut your prices or offer lower-cost models.

Apple can afford a price cut

Maybe you don’t care all that much about selling phones in India, what with your new focus on services. But to a large degree, your services is linked to the number of iPhones you sell. The fewer phones consumers buy, the fewer warranties you’re likely to sell and the less opportunities you’ll get to convince people to sign up for your music service or cloud storage.

And, look, you can easily afford to cut prices. Yes, it costs a lot to make your latest phones. But the premium prices you charge for them means, despite that, you’re making fat profits off of them.

IHS Markit estimates that all told, the parts needed to make the top-of-the-line iPhone XS Max, for which you charge consumers $1,100, cost you just $390. That of course doesn’t include labor or shipping, or the marketing costs required to sell iPhones, but it gives an idea of just how profitable each phone is for you — and how you could still profit from it even if you cut your prices.

Finally, it would be the right thing to do by your customers. You’ve got some of the most loyal customers in the world. For years, they’ve already been willing to pay a substantial premium for your products, because they’ve felt your well-designed and easy-to-use devices were worth the extra cost.

But the latest round of price hikes have felt a lot like you were taking advantage of that loyalty to gouge your customers. I think you’re already starting to see the backlash in terms of your disappointing iPhone sales. UBS caught some of it too in its survey; a lower portion of your customers think your products are a good value or high quality. Perhaps more ominously, a lower percentage say they’re committed to your brand.

You can fix this. The answer is easy. Just cut your prices. It’s really not that hard.