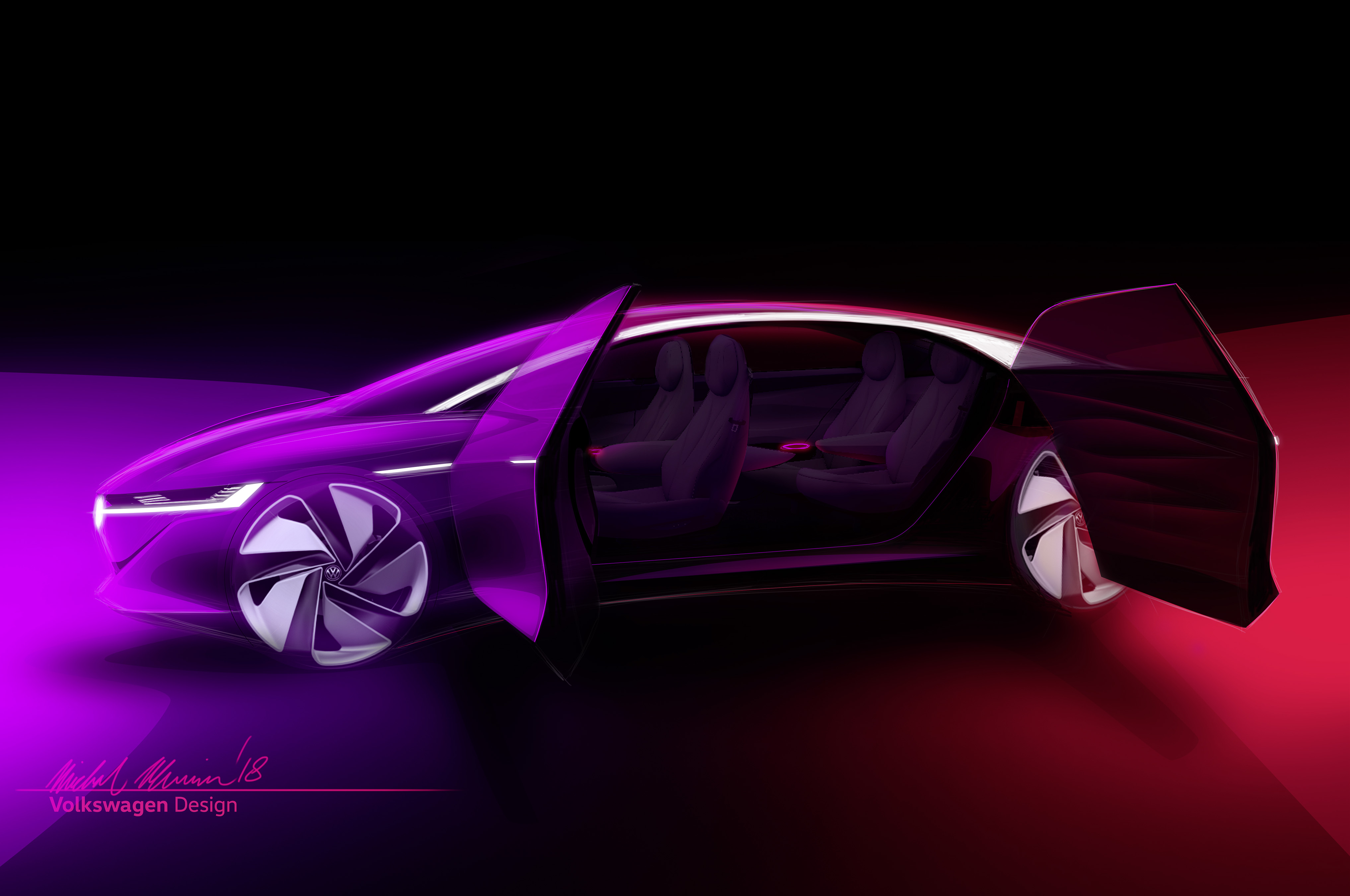 VW, Audi, and Mercedes are all planning on unveiling electric car concepts

This year’s Geneva Auto Show is shaping up to be a blockbuster event, with a whole slate of supercars, ultra-fast racers, and bold concepts for us to feast on. Moreover, this is going to be the European auto industry’s chance to shine, with major electric cars coming from Jaguar, Audi, Volkswagen, and Mercedes-Benz.

It’s a sign that the European automakers are beginning to take Tesla more seriously, especially after wrestling with the fact that the Model S outsold both the Mercedes-Benz S class and BMW 7 series on the continent for the first time last year. Countries all over the world are considering banning fossil-fuel burning vehicles, which is also helping encourage a faster pivot to lithium-ion batteries. And if Tesla can overcome the hitches in its Model 3 production, analysts predict that legacy automakers will have even more to fear.

There will also be the usual lineup of luxury sport cars, hypercars, racing prototypes, and speed demons that typically make their way to Geneva each year. “Well-heeled clientele come to the show and actually buy high end cars, which is rarity at auto shows,” said Matt DeLorenzo from Kelley’s Blue Book. “I’d say Geneva is the pre-eminent show of its type.”

The Verge’s Vlad Savov will be on the ground in Geneva covering all the exciting reveals, but here’s a preview of some of the autos we’re psyched to see.

Audi first introduced the all-electric E-tron Sportback in Shanghai last year. And while the car won’t be on the showroom floor — Audi is focusing instead on the new A6 sedan — the German automaker is planning on making the E-tron available on show grounds for a few test rides. Last year, Audi said the E-tron would have a 95 kWh battery pack to enable just over 310 miles of range per charge. It’ll be interesting to see if those specs hold up. This is the first dedicated EV from VW Group and will be a harbinger of how well the company can transition from diesel to electric.

The Bentley Bentayga plug-in hybrid will be the luxury automaker’s first electrified car. The Bentayga is already one of the fastest SUVs around, so it will be interesting to see what happens to the car’s horsepower when Bentley pairs its V6 engine with an electric battery pack. We’re told to expect something along the lines of the Porsche Panamera E-hybrid, which packs 462 horsepower under the hood.

BMW and Toyota have been cooperating on sports car development since 2012, and this year at Geneva we’ll get to see two of the results of that partnership: Toyota’s new Supra, and the next-generation BMW Z4. The only big change expected on BMW’s end is the swapping of a cloth top for the foldable hardtop found in the current Z4. Otherwise this BMW model is expected to debut with the standard array of powertrain options. The automaker will also be unveiling its X4 coup-style crossover.

Honda is expected to unveil the all-new CR-V with a plug-in hybrid powertrain, and analysts say it should arrive in North America by the end of the year. It’s another step in Honda’s plan to add electrified variants of all models in its lineup. Given the popularity of the CR-V, this one is particularly important for the US market and could potentially give Honda some serious volume here.

We know almost everything about the Hyunda Kona Electric SUV. There will be a short and a long range version that last 186 and 292 miles, respectively. Apple CarPlay and Android Auto will come standard, as will Qi wireless charging. What we don’t know is how much the Kona EV will cost. It looks like the long range model could be a solid EV competitor to the Chevy Bolt, and maybe even steal a few of Tesla’s sales while Europe waits for the Model 3. But that’s all dependent on whether the price is right.

One of the clearest competitors to Tesla’s Model X is the newly-unveiled I-Pace. It’s as sharp an EV as we’ve seen, and as we learned last week, it’s a touch quicker off the line than Tesla’s entry level Model X 75D. The car should hold its own when it comes to range, too, with a battery pack that lasts around 240 miles. The I-Pace also has a lush interior that exudes the premium look that we’re used to with Jaguar, too. We’ll finally learn how much this is all going to cost at Geneva, and we’ll likely get to know a few more things about the company’s first all-electric car as well. But price might not be as sensitive an issue with the I-Pace as it is with something like the Hyundai Kona Electric. As long as the I-Pace isn’t outrageously expensive, its popularity is going to be all about how much fun it is to drive, and to own.

McLaren claims its 738-horsepower Senna is the most powerful road-legal track to date. And just by looking at it you can feel your eyelids start to peel away. Named after the famed Brazilian Formula One champion Ayrton Senna, who died in the 1994 San Marino Grand Prix, this mid-engine coupe is powered by a twin-turbocharged V8 engine. The car was unveiled late last year, but this will be the first time the public will get a real good look at it — which is a shame because the entire 500-car run is already sold out.

Mercedes showed off the concept version of its AMG GT coupe last year, and is back again with the production version. Despite having coupe in its name, it has four doors, as well as 4.0-liter turbocharged V-8 engine with 604 horsepower. As the first dedicated AMG model with four doors and seats and probably a hybrid powertrain, this one signals a new direction for the performance brand. We’re also expecting an AMG variant of the G-class wagon that debuted in Detroit earlier this year. Mercedes is also expected to unveil its first series-production electric car, although the German auto giant is keeping a tight lids on details. The expectation is that it will provide insight into Mercedes’ EQ sub-brand, and could be a Tesla Model X rival based on the Generation EQ concept revealed at the Paris Auto Show in 2016.

If electric supercars are your thing, might we suggest heading over to Rimac’s booth to feast your eyes on its latest concept. The Croatian automaker won a lot of fans with its Concept_One back in 2012. But since then we’ve seen other electric supercars, like Nio’s EP9 and the new Tesla Roadster with its unbelievable sounding range and performance. Not much is known about Rimac’s new car, but if it’s anything like the Concept_One — which packs a 4-motor electric powertrain, 1,088 horsepower, 0-60 mph acceleration in 2.5 seconds, and a top speed of 220 mph — it’s sure to turn a few heads.

The Geneva show floor is going to be littered with electric and autonomous cars and concepts that are all about the capital-f Future. One of the lone, shining lights of the 20th century-style performance (read: internal combustion) will be the new Toyota Supra. The update to the legendary sports car is being made in conjunction with BMW, and it’s been spotted just about everywhere from city streets to the Nürburgring. This is a car that people have literally been waiting decades for, which means that no matter what we wind up seeing in Geneva, it’s likely to disappoint someone.

Volvo created the Polestar brand to show off how performance and electrification will work together in the future. The Polestar 1, shown last year at the Shanghai auto show, will go on sale in mid-2019 as a limited production sports coupe that will be the first of three new cars dedicated to Volvo’s new performance division. The Swedish automaker will also have its gorgeous V60 wagon in Geneva, and as Navigant senior analyst Sam Abuelsamid aptly noted, anyone who writes about cars and transportation for a living is contractually obliged to cheer on all new station wagons.

The fourth car in Volkswagen’s futuristic lineup of concept cars is the least like an actual car, in that it won’t have pedals or a steering wheel. Instead of preying on nostalgia (with the I.D. Buzz) or taking a first crack at designing a futuristic, fully-electric SUVs (the I.D. Crozz) or compacts (the original I.D.), the I.D. Vizzion is meant to show off what VW thinks a completely self-driving car might look like in 2030. We know it will be electric, and that the interior will be different (but not radically) from what we’re used to when it comes to cars, since there is no dedicated spot for a “driver.” But everything else is still a mystery. Will there be a crazy intelligent infotainment system to keep passengers entertained as they glide along in the I.D. Vizzion? Probably. Will there be an omniscient digital assistant that will guide passengers through the experience of riding in the car? Perhaps. Will that assistant be a koi fish? Oh wait, that one’s already been done…