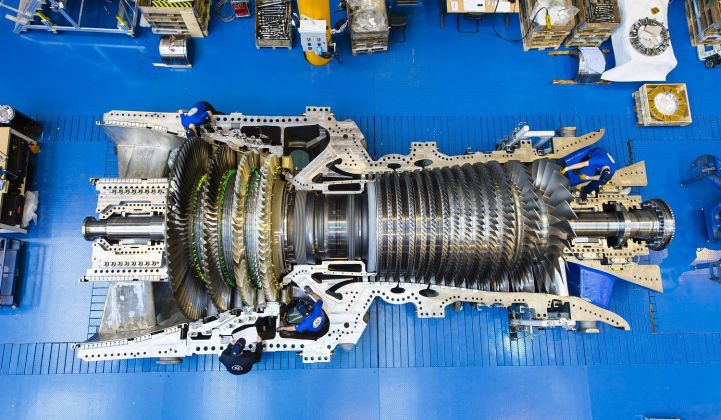 The EIB will stop backing fossil fuel energy investments in 2021 unless they negate their emissions through carbon capture or offsets.

The European Investment Bank will stop backing fossil fuel energy projects in 2021, except those using carbon capture and storage technology or offsets to cancel out their emissions.

The focus of the bank’s energy investment will turn from (unabated) fossil fuels to energy efficiency, storage, grid improvements and e-mobility, among others. Both the World Bank and the European Bank for Reconstruction and Development have stopped backing coal projects but still support gas.

“The EU bank has been Europe’s climate bank for many years. Today it has decided to make a quantum leap in its ambition,” said EIB President Werner Hoyer. “We will stop financing fossil fuels and we will launch the most ambitious climate investment strategy of any public financial institution anywhere.”

The EIB has provided €107 billion ($118 billion) for energy projects in the last 10 years alone, from solar in Senegal to biomass in Ukraine. It’s targeting €1 trillion of climate action and sustainability investments between 2021 and 2030.

“The EIB’s new financing criteria will make lending to gas projects very difficult. It highlights that gas is also increasingly in the spotlight of the climate debate,” said Browne.

Natural gas may burn with less carbon and with fewer pollutants than coal but Browne said that could prove insufficient.

“While the comparative combustion benefits are undoubted, the sector may not be able to rely exclusively on this argument to make the case for gas and LNG,” Browne said. “The benchmark looks like it will be set higher. Gas and LNG may be better, but are they good enough?”

Browne said there is no data on the volumes of methane and carbon dioxide emitted in the process of creating and delivering LNG to end users.

“Media reporting and political scrutiny of this issue will intensify. This might increase the risk that the popular and political tide turns on natural gas like it already has on coal in most countries. If this does occur, it may slow the rate of growth of gas and LNG demand. In turn, this would be a major strategic challenge for companies that have identified gas as the key driver of future growth.”

“Beyond financing, it is possible that the debate could start to impact procurement decisions from carbon-intensive projects and portfolios, likely accelerating carbon capture, carbon offsetting and electrification of liquefaction,” said Browne. “This year already saw the first carbon-neutral LNG cargoes delivered, while several companies are implementing or investigating using renewable power to drive the liquefaction process.”

The European gas lobby, Eurogas, put out a relaxed statement on the news, embracing a “new era” for gas.

“The Bank’s new lending rules will support the deployment of carbon capture and storage, power-to-gas, hydrogen and biogas,” said James Watson, secretary general of Eurogas. “Investments in the gas infrastructure will deliver these technologies that all support the achievement of the 2050 carbon neutrality target.”

There are no gigawatt-scale carbon capture and storage projects in existence today. In a recent interview with GTM, Shell called for more subsidies to support the scale-up of hydrogen as a fuel for transportation.

Watson of Eurogas pointed out that support for domestic gas boilers would continue.

“Clearly the best way to underline the need for these new gas technologies would be to introduce EU-wide binding targets for renewable and decarbonized gas, such as countries like France have done with a 10 percent target for renewable gas by 2030,” Watson said. “This is a time for action and delivery.”

Natural gas provides 46 percent of the EU’s heating and cooling, a sector the bloc is finding harder to decarbonize than the power sector. It’s become a priority area of focus as a result.