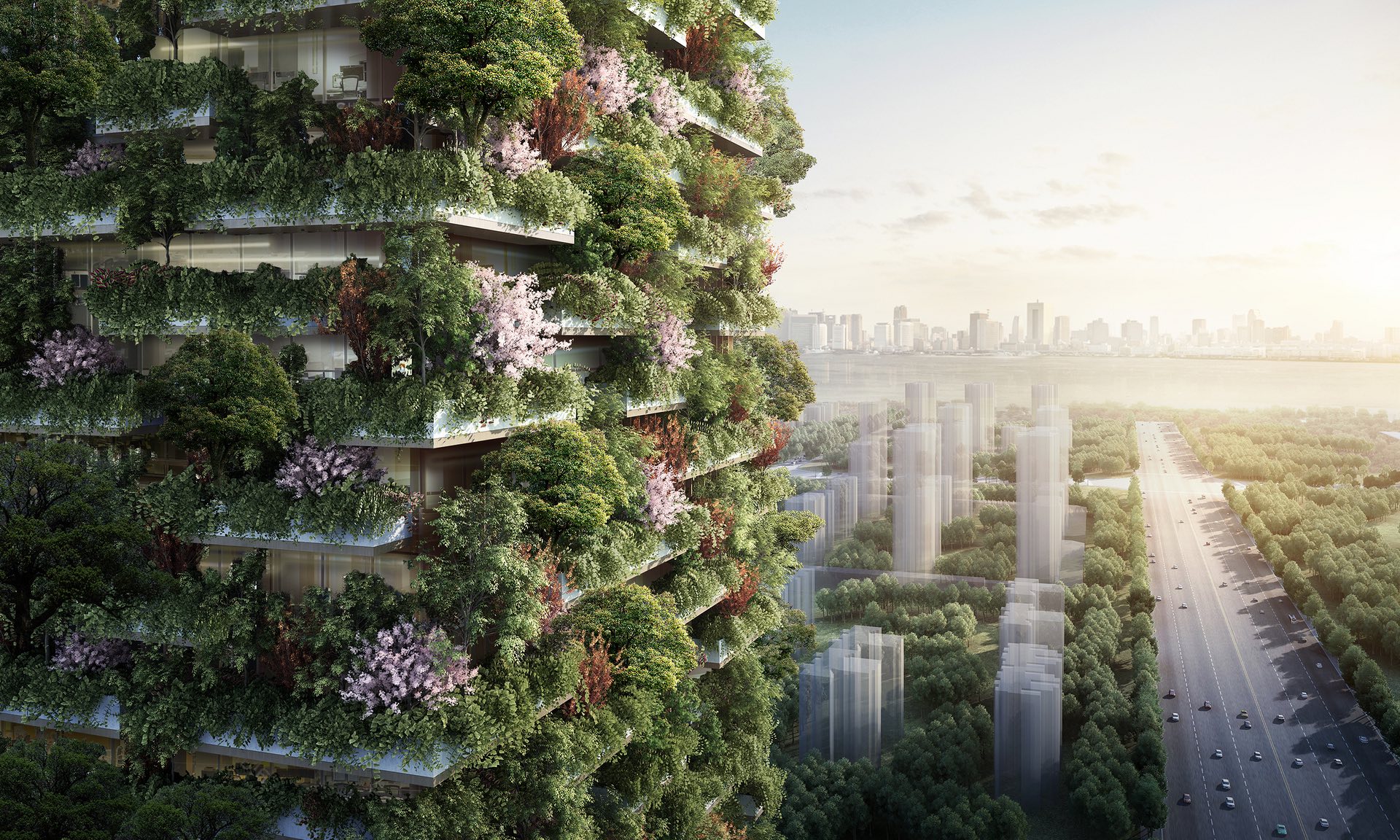 'Forest cities': the radical plan to save China from air pollution

Stefano Boeri, the architect famous for his plant-covered skyscrapers, has designs to create entire new green settlements in a nation plagued by dirty air

When Stefano Boeri imagines the future of urban China he sees green, and lots of it. Office blocks, homes and hotels decked from top to toe in a verdant blaze of shrubbery and plant life; a breath of fresh air for metropolises that are choking on a toxic diet of fumes and dust.

Last week, the Italian architect, famed for his tree-clad Bosco Verticale (Vertical Forest) skyscraper complex in Milan, unveiled plans for a similar project in the eastern Chinese city of Nanjing.

The Chinese equivalent – Boeri’s first in Asia – will be composed of two neighbouring towers coated with 23 species of tree and more than 2,500 cascading shrubs. The structures will reportedly house offices, a 247-room luxury hotel, a museum and even a green architecture school, and are currently under construction, set for completion next year.

But Boeri now has even bolder plans for China: to create entire “forest cities” in a country that has become synonymous with environmental degradation and smog.

“We have been asked to design an entire city where you don’t only have one tall building but you have 100 or 200 buildings of different sizes, all with trees and plants on the facades,” Boeri told the Guardian. “We are working very seriously on designing all the different buildings. I think they will start to build at the end of this year. By 2020 we could imagine having the first forest city in China.”

Boeri described his “vertical forest” concept as the architectural equivalent of a skin graft, a targeted intervention designed to bring new life to a small corner of China’s polluted urban sprawl. His Milan-based practice claimed the buildings would suck 25 tons of carbon dioxide from Nanjing’s air each year and produce about 60 kg of oxygen every day.

“It is positive because the presence of such a large number of plants, trees and shrubs is contributing to the cleaning of the air, contributing to absorbing CO2 and producing oxygen,’ the architect said. “And what is so important is that this large presence of plants is an amazing contribution in terms of absorbing the dust produced by urban traffic.”

Boeri said, though, that it would take more than a pair of tree-covered skyscrapers to solve China’s notorious pollution crisis.

“Two towers in a huge urban environment [such as Nanjing] is so, so small a contribution – but it is an example. We hope that this model of green architecture can be repeated and copied and replicated.”

If the Nanjing project is a skin graft, Boeri’s blueprints for “forest cities” are more like an organ transplant. The Milan-born architect said his idea was to create a series of sustainable mini-cities that could provide a green roadmap for the future of urban China.

The first such settlement will be located in Luizhou, a mid-sized Chinese city of about 1.5 million residents in the mountainous southern province of Guangxi. More improbably, a second project is being conceived around Shijiazhuang, an industrial hub in northern China that is consistently among the country’s 10 most polluted cities.

Compared with the vertical forests, these blueprints represent “something more serious in terms of a contribution to changing the environmental urban conditions in China,” Boeri said.

Boeri, 60, first came to China in 1979. Five years ago he opened an office in Shanghai, where he leads a research program at the city’s Tongji University.

The architect said believed Chinese officials were finally understanding that they needed to embrace a new, more sustainable model of urban planning that involved not “huge megalopolises” but settlements of 100,000 people or fewer that were entirely constructed of “green architecture”.

“What they have done until now is simply to continue to add new peripheral environments to their cities,” he said. “They have created these nightmares – immense metropolitan environments. They have to imagine a new model of city that is not about extending and expanding but a system of small, green cities.”

Boeri described the idea behind his shrub-shrouded structures as simple, not spectacular: “What is spectacular is the nature, the idea of having a building that changes colour with each season. The plants and trees are growing and they are completely changing.”

“We think – and we hope – that this idea of vertical forests can be replicated everywhere. I absolutely have no problem if there are people who are copying or replicating. I hope that what we have done can be useful for other kinds of experiments.”