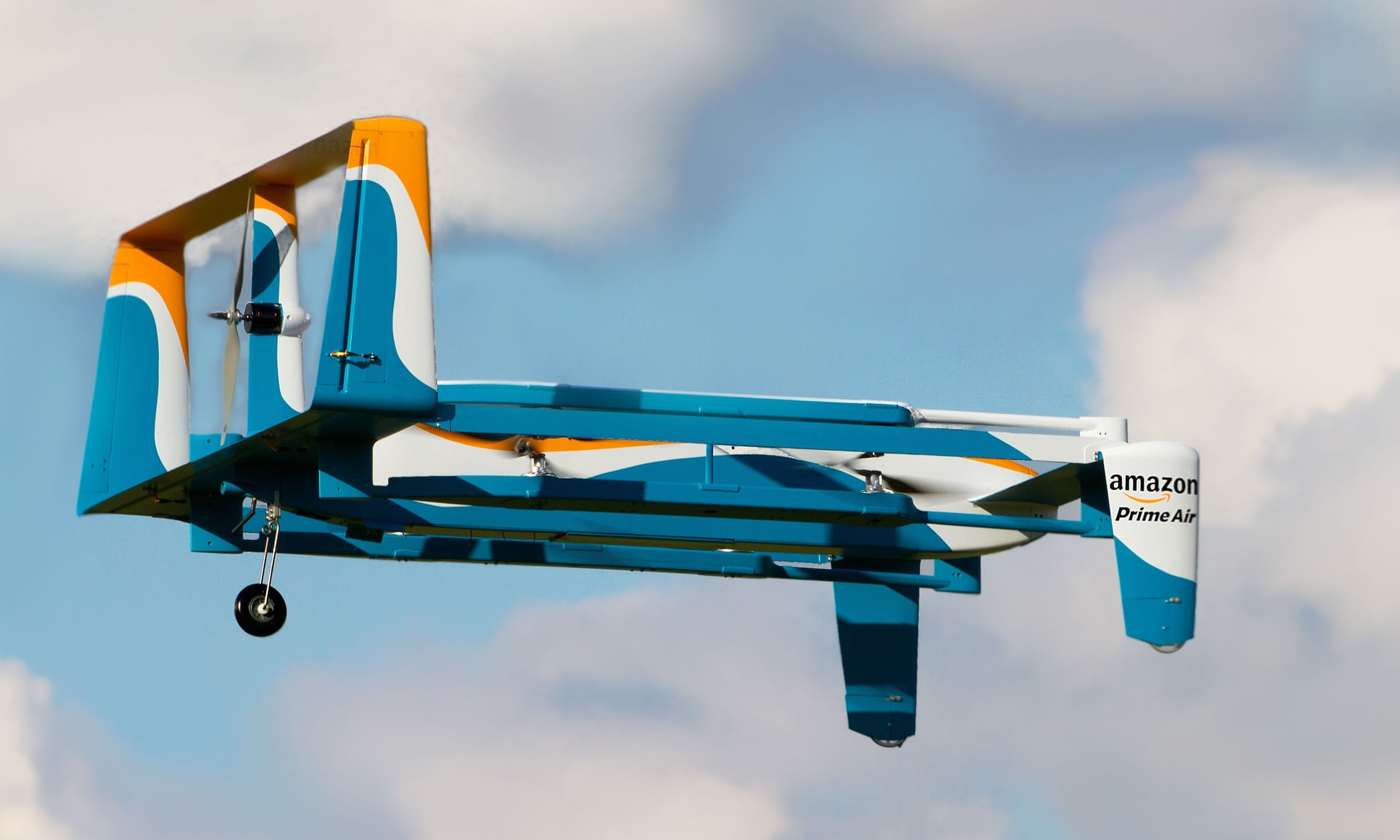 Drones invoke varying perceptions, from fun gadget to fly in the park to deadly military weapons. In the future, they may even be viewed as a handy tool in the battle to fight climate change.

Greenhouse gas emissions from the transport of goods could be cut if drones replace trucks in some instances, researchers have found, providing an environmental edge to the push by companies such as Amazon and Google to expand drone deliveries.

“Drones can make a significant impact on emissions, especially now that transport is the biggest polluting sector out there,” said Joshuah Stolaroff, an environmental scientist at Lawrence Livermore National Laboratory. “That last mile of getting goods to a destination is a big part of the emissions picture. There are plenty of plausible scenarios where drones can do environmental good.”

Stolaroff and his colleagues spent three years studying the environmental difference between quad copters, a type of drone and diesel-powered delivery trucks in the US. In new research published in Nature Communications, they found that within the 4km (2.5 mile) range of current battery-driven delivery drones, the airborne devices consumed less energy per package and per kilometer than trucks for light deliveries of 0.5kg (1.1lb).

The findings suggest that drones can deliver certain items faster and with less environmental impact than trucks, which form part of a transport sector responsible for around of a fifth of the world’s greenhouse gas emissions.

However, there are several drawbacks to drones that mean they are unlikely to displace road-based deliveries. Stolaroff’s study found that drones require additional warehouse support, due to their limited range, and struggle when it comes to larger packages, especially if the drones are recharged by an electricity grid fed mainly by fossil fuels rather than renewable energy.

“A drone would be a good option to deliver an iPhone or a pair of sunglasses. A bag of groceries or a computer monitor? Probably not,” said Stolaroff. “A larger drone may not be a win for the environment.”

Amazon is intent on using drones to transport goods weighing less than 2.5kg, which make up a large majority of its deliveries. In December 2016, the company said it had achieved its first autonomous drone delivery, taking 13 minutes to deliver some popcorn and a TV streaming device to a customer in the UK.

Companies have used Europe as a testing ground because of tight restrictions on the use of drones in the US, where the device must be controlled by a human who keeps the drone in visual line of sight.

The US Secret Service announced last summer it was testing drones to keep watchover Donald Trump while he plays golf.

Concerns over the impact on commercial and military flight – in September a drone collided with an army helicopter in New York – have also cast doubt over drone use. For many companies, a shift to electric delivery vehicles, rather than drones, may be a more realistic climate-friendly move, although that helps less with traffic jams.

“There’s a lot of potential there but it’s very challenging,” said Logan Campbell, chief executive of Aerotas, a consultancy for firms that wish to use drones. “Drones make sense for medicines or some important documents, maybe, but it makes no sense to deliver milk via drones. You can do that far more efficiently and at lower cost via road.

“The regulations need to change in order for it to make sense. The safety of air travel is a big issue that no-one will want to compromise. Even Amazon, with all its money and lobbying, will find it hard to change that.”