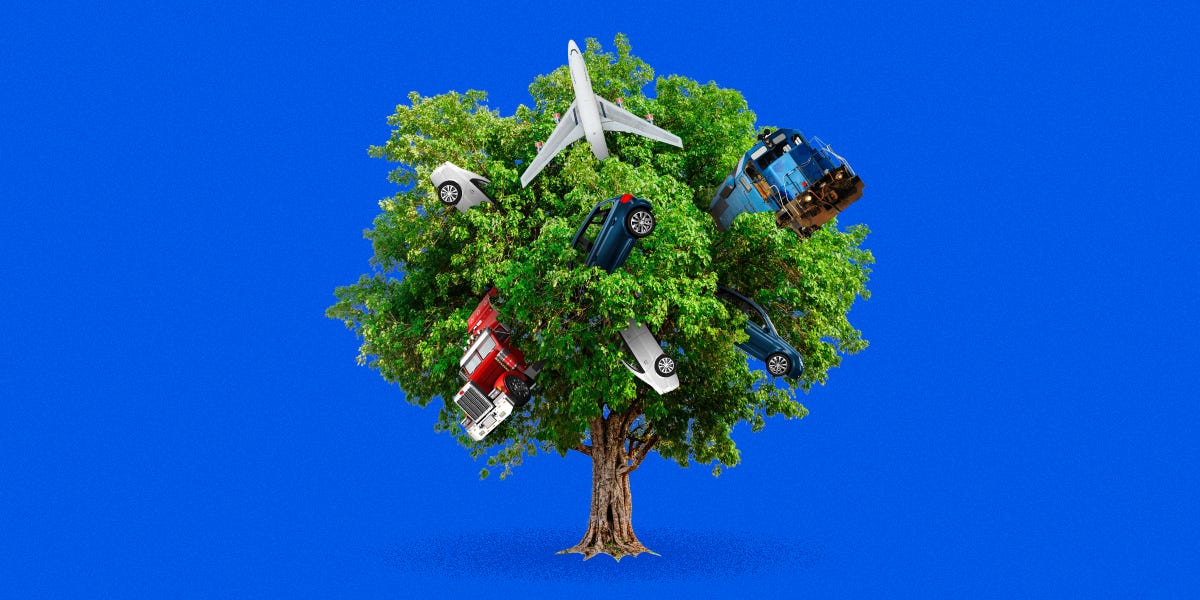 Electric cars may be the future, but they're still critically flawed in a key area

Studies have shown that in the US, Europe, and in China, producing an electric vehicle creates more greenhouse-gas emissions than producing an equivalent gas-powered vehicle.

The biggest reason for that disparity is an electric vehicle’s battery, which can account for about a quarter of its weight, Colby Self, the managing director at the Automotive Science group, told Business Insider.

Electric-vehicle batteries are bigger than those used in gas-powered cars and feature a different kind of chemistry. While vehicles that run on gas tend to use lead-acid batteries, electric vehicles use lithium-ion batteries, like those found in cellphones and laptops.

Lithium-ion batteries require a lot of energy to produce. So, too, does the extraction and refinement of metals like lithium, nickel, and cobalt. They’re also harder to recycle than lead-acid batteries, Self said.

“The CO2 emissions from making a battery are higher than what you save from not making the engine and transmission,” David Reichmuth, a senior engineer in the clean-vehicles program at the Union of Concerned Scientists, told Business Insider.

A 2015 study from the Union of Concerned Scientists found that manufacturing a midsize electric vehicle would produce about 15% more emissions than the process of building a similar gas-powered vehicle would. For a bigger electric vehicle with a larger battery, that gap could grow to 68% or more, the nonprofit organization found.

The International Council on Clean Transportation (ICCT) came to the same conclusion based on a review of 11 studies published between 2011 and 2017. The nonprofit organization said that the electricity used in the battery production was the single biggest factor in explaining the emissions gap, which means using cleaner sources of energy would be the most impactful way to reduce the emissions that come from the production process.

Volkswagen, which has perhaps the most ambitious electric-vehicle investment plans of any major automaker over the next decade, said that part of its agreement with LG Chem, one of its battery suppliers, requires the chemical company to use only environmentally friendly sources of electricity. And Tesla intends for its battery factory in Nevada to one day run entirely on renewable energy.

Looking beyond the battery

Automakers are taking other steps to reduce the use of environmentally harmful forms of energy in their vehicle plants. BMW may be the most ambitious, saying it will use only electricity from environmentally friendly sources when making vehicles starting in 2020.

Daimler plans to use only renewable energy in vehicle production starting in 2022, and Volkswagen says it will make production carbon-neutral by 2050. Tesla and Toyota also aspire to rely entirely on renewable energy at their manufacturing plants, but neither has set a deadline to complete the transition.

Automakers are already taking steps in that direction. About 60% of the energy General Motors uses at its factory in Lake Orion, Michigan, where it makes the Chevrolet Bolt EV, comes from methane that is naturally emitted from two landfills next to the factory, Jack Hund, the plant launch operations manager at GM, said in an interview with Business Insider.

And Tesla has over time increased the energy efficiency of the equipment at its Fremont, California, factory, leading to a 19% drop in energy use between 2016 and 2019.

Despite producing more emissions during the production stage, electric vehicles still pollute far less than gas-powered cars over the course of their lifespan.

In a 2015 study, the Union of Concerned Scientists found that gas-powered cars emitted almost double the emissions that contribute to global warming as electric vehicles, which can make up the difference from the manufacturing stage in six to 18 months of driving, depending on the size of the battery.

In 2018, the organization found that electric vehicles were getting even cleaner.

The 2018 ICCT briefing arrived at a similar conclusion for Europe, saying that a standard electric vehicle in Europe produced half the overall greenhouse-gas emissions in its lifetime than an average European gas-powered car, and would reach parity with the average gas-powered car in two to three years.

It is important that automakers work to lower the emissions produced during the manufacturing process, but Jessika Trancik, an associate professor of energy studies at MIT, says the way forward is clear: “Offering more alternative-powertrain electric vehicles that meet consumers’ needs is probably the single largest contribution they can make.”