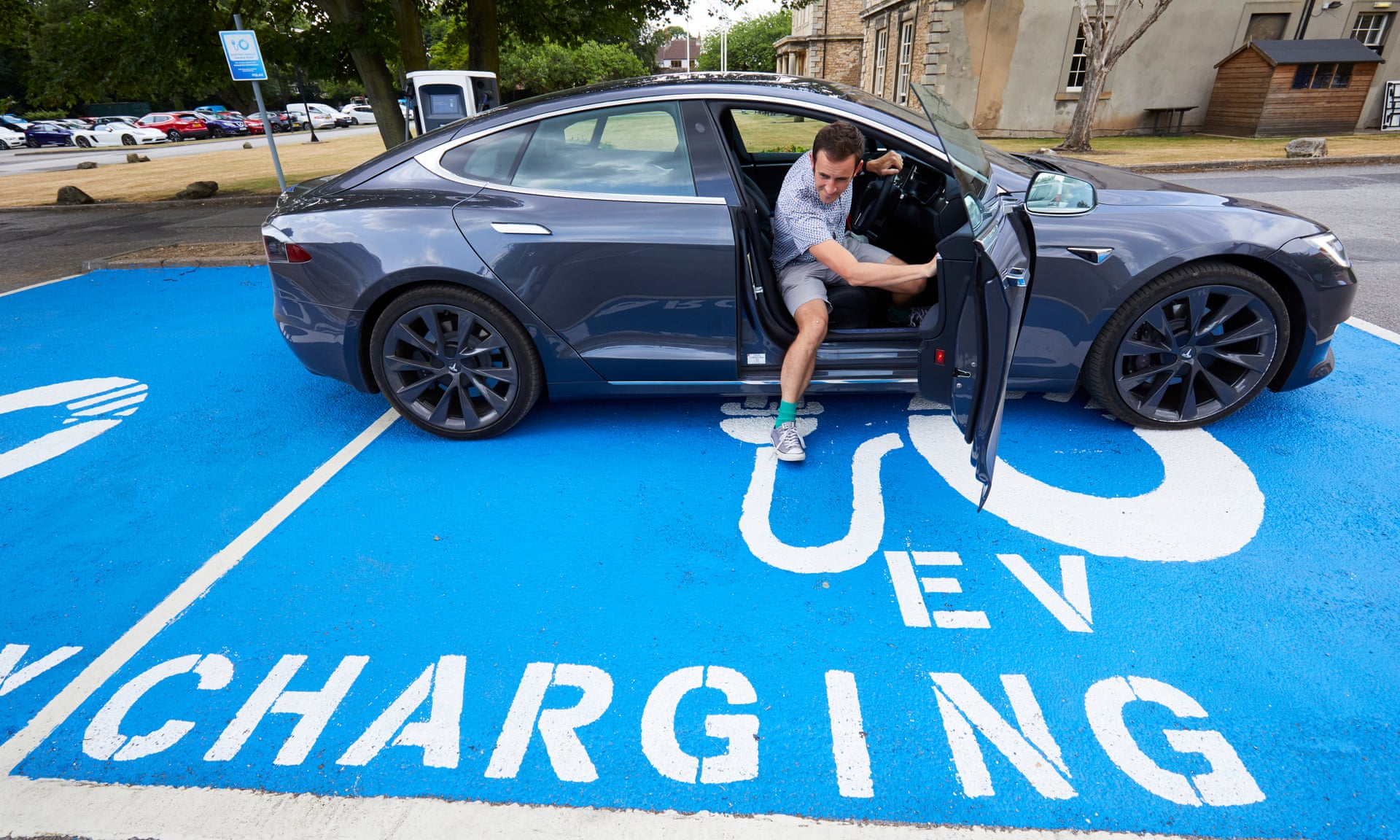 A fleet of 35m electric vehicles could help the UK reach its net-zero carbon target by forming large battery hubs to store renewable energy, according to the country’s energy system operator.

National Grid predicts that by 2050 millions of electric cars will use wind and solar power to charge up within minutes to act as battery packs for when the grid needs more energy.

The grid operator’s long-range energy forecasts predict that smart charging systems will use algorithms to help cars balance demand and supply on the grid, while making the most of renewable energy and saving customers money.

It found that the plug-in car fleet could hold a fifth of the electricity produced by the UK’s solar panels, which it predicts will quadruple over the same period.

This scenario would make the UK’s ambitious target to cut emissions to net zero by 2050 achievable because it helps cut carbon from the energy and transport sectors, according to the report.

Kayte O’Neill, National Grid’s head of strategy, added that electric vehicles will make the energy system more flexible and help bring down costs for consumers too.

The forecast is one of five future scenarios envisaged by National Grid to help policymakers and the energy industry shape the future energy mix.

In all scenarios the operator predicts electric vehicles will become the most popular form of transport between 2030 and the early 2040s. It also predicts that many more homes and communities will generate their own electricity through solar panels or micro windpower projects.

There are fewer than 200,000 electric vehicles on UK roads, meaning the ambitious plug-in car forecast would require a major acceleration of plans for car charging and a step change in customer behaviour.

The report said immediate action is required across the electricity, gas, heat and transport sectors “at a significantly greater scale than assumed in any of our core scenarios” if the UK hopes to meet its net-zero target.

National Grid’s report also predicts that a net-zero target will require that homes use at least a third less energy for heating than at present and shift away from using natural gas in boilers and radiators.

By 2050 at least 7m hybrid heat pumps, which partly rely on renewable energy, should be installed. The UK’s gas system should also be run on hydrogen, rather than typical methane-rich gas to help reduce greenhouse gas emissions.

The warning comes in the same week that the government’s official climate advisers, the Committee on Climate Change, criticised ministers for delivering only one of the 25 emissions-cutting policies it had considered vital for 2018.