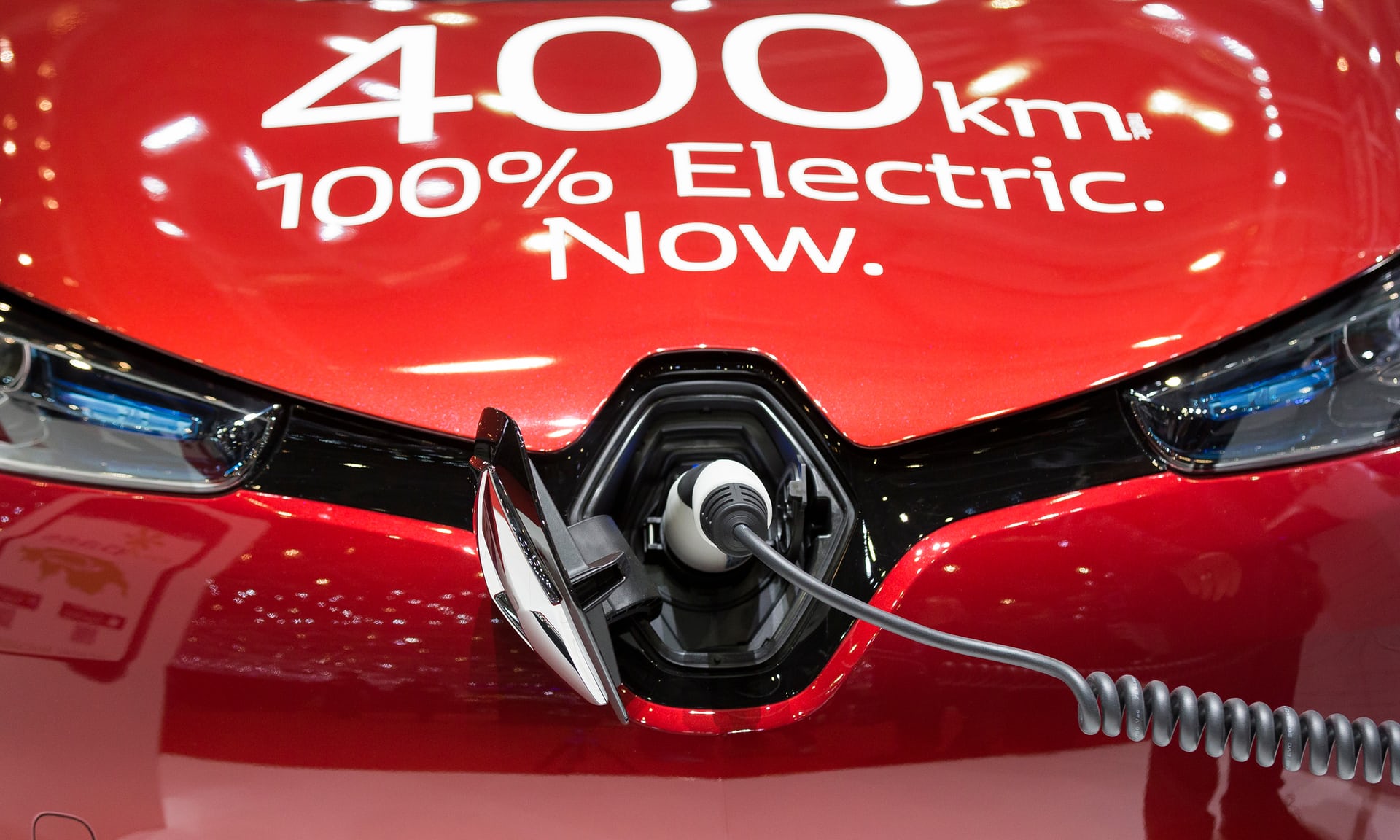 Exclusive: Pure electric cars cost less over four years than petrol or diesel cars in the UK, US and Japan, researchers say, but China is set to lead the market

Electric cars are already cheaper to own and run than petrol or diesel cars in the UK, US and Japan, new research shows.

The lower cost is a key factor driving the rapid rise in electric car sales now underway, say the researchers. At the moment the cost is partly because of government support, but electric cars are expected to become the cheapest option without subsidies in a few years.

The researchers analysed the total cost of ownership of cars over four years, including the purchase price and depreciation, fuel, insurance, taxation and maintenance. They were surprised to find that pure electric cars came out cheapest in all the markets they examined: UK, Japan, Texas and California.

Pure electric cars have much lower fuel costs – electricity is cheaper than petrol or diesel – and maintenance costs, as the engines are simpler and help brake the car, saving on brake pads. In the UK, the annual cost was about 10% lower than for petrol or diesel cars in 2015, the latest year analysed.

Hybrid cars which cannot be plugged in and attract lower subsidies, were usually a little more expensive than petrol or diesel cars. Plug-in hybrids were found to be significantly more expensive – buyers are effectively paying for two engines in one car, the researchers said. The exception in this case was Japan, where plug-in hybrids receive higher subsidies.

“We were surprised and encouraged because, as we scale up production, [pure] electric vehicles are going to be becoming cheaper and we expect battery costs are going to fall,” said James Tate, who conducted the research published in the journal Applied Energy with Kate Palmer and colleagues at the University of Leeds, UK. “It is a really good news story.”

Pure electric cars receive a sales subsidy of about £5,000 in the UK and Japan and £6,500 in the US. “The subsidies are reasonably expensive at the moment but they are expected to tail off,” said Tate. He estimates that an electric car such as the Nissan Leaf will become as cheap to own and run as a petrol car without subsidy by 2025. Renault expects this to happen in the early 2020s.

The push to roll out electric cars, which produce less climate-warming carbon emissions, has been supercharged by concerns over air pollution, particularly from diesel cars. In the UK, where toxic air is at illegal levels in most urban areas, sales of diesel vehicles have plummeted by 30% in the last year while sales of electric cars have soared by 37%.

At current rates, sales of electric cars could outstrip diesel cars as early as May 2019, according to analysis by Matt Finch, at the Energy and Climate Intelligence Unit in the UK: “This date is incredible, as clearly it is only 18 months away.” Tate said: “The challenge is whether the manufacturers have the capacity to generate these vehicles. Demand significantly outstrips supply.”

Viktor Irle of analysts EV-Volumes.com said there are now good electric car options at the low cost end, like the Nissan Leaf, and high cost end, like the Tesla Model S, but not in the middle range, where family cars usually sit. “There are no good options there at the moment,” he said. “I guess the traditional car manufacturers are a bit afraid it will cannibalise sales of their conventional cars, which are bestsellers.”

Air pollution concerns are especially acute in China, which is now the biggest market for electric cars and growing rapidly, mainly driven by domestic manufacturers including BYD, Geely and Beijing Auto. “China is stealing the march on everybody and they will be the leaders of that market,” said Tate. “The European and US motor industry have been caught napping.”

However, Steve Gooding, director of the RAC Foundation, said the UK electric car market remained small at present: “There are 32m cars in the UK – only around 120,000 are ultra-clean [electric]. The petrol and diesel juggernaut will take some halting.”

He also warned that governments could in future start taxing electric vehicles to recoup the large sums lost from falling fuel duty. “And cost [of ownership] isn’t everything,” he said. “Practicality and usability are key. We need a public charging network that is extensive, reliable and offers recharging at the speeds car owners require.”

The government announced £200m in funding for charging infrastructure on 22 November, to be matched by industry. Transport minister Jesse Norman said: “The UK now has over 11,500 publicly accessible charge points, including over 900 rapid charge points. This is one of the largest rapid networks in Europe.”

Tate said one aspect which also needs addressing is social equity, as wealthier people who can afford the upfront cost of an electric vehicle and who have off-road parking for home charging have easier access to cheaper motoring.