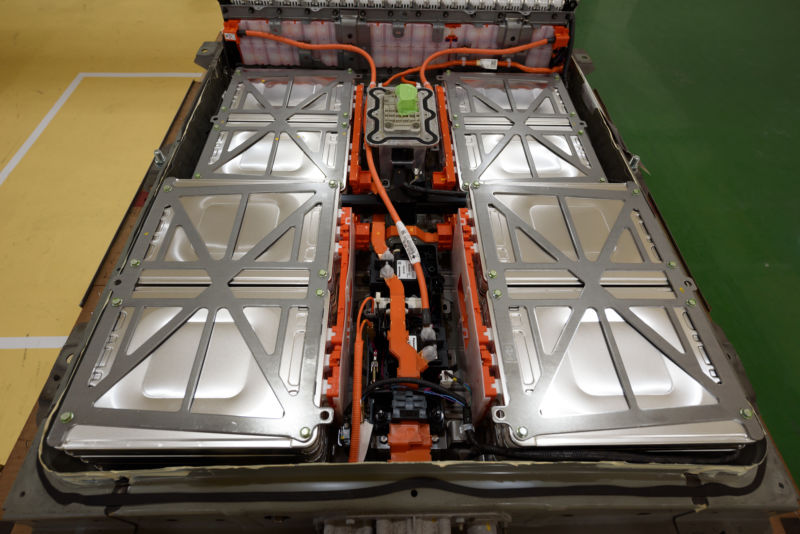 Electric car batteries might be worth recycling, but bus batteries aren’t yet

The more emissions-efficient way to recycle an EV battery is to remove the cathode.

Bloomberg New Energy Finance predicts that there will be 559 million electric vehicles on the road by 2040. But electric vehicles don’t last forever. And their batteries are not always filled with the kinds of materials you would want leaching into the environment if they’re disposed of haphazardly. Policy makers and researchers have started considering how to deal with end-of-life on electric batteries, and recycling is often considered as an option.

Since the packaging of batteries is important to the recycling method, cylindrical batteries (the types of cells that Tesla makes) are compared to pouch cell batteries in the analysis.

The researchers also compared recycling methods. These include pyrometallurgical recycling(exposing the valuable parts of the battery to high temperatures and then recovering those metals as alloys), hydrometallurgical recycling (leaching valuable metals from batteries and separating the desired metals from the resulting solution), and “direct cathode recycling,” where the battery’s cathode is retained as-is, but new lithium is added in such a way that the battery regains its original performance.

To find avoided emissions from recycling, the researchers did a life-cycle analysis on the various battery chemistries. They estimated emissions, energy use, and the cost to extract and refine materials and then assemble and ship new batteries compared to producing recycled batteries.

Ultimately, LFP-cathode batteries were not able to avoid additional emissions under any recycling circumstances. The iron materials used in those bus batteries are already efficient to mine, the paper notes. This results “in a smaller GHG [greenhouse gas] emissions offset from the recovered materials that is insufficient to offset the energy and GHG emissions associated with the recycling processes considered.”

The effects of pyrometallurgical recycling are less straightforward. The researchers found that this recycling method increases the emissions tied to the life cycle of the battery in every case, but the materials recycled in this method don’t always get repackaged into more batteries. The method is often used in Europe, where 50 percent of the total weight of the battery is required to be recycled. After the cathode and cell canister material is reduced to metal alloy, “The other non-combustible cell components are output as part of slag that can be repurposed as cement input materials,” the paper notes.

Cement production is the third-largest source of human-derived greenhouse gas emissions on Earth, according to a 2018 paper. That comes after the use of fossil fuels and land-use change (like deforestation). But the analysis in this week’s Nature paper did not take into account non-battery downstream environmental impacts, so there’s still some ambiguity in the impacts of pyrometallurgical battery recycling.

Cobalt, for example, is quite volatile and was extremely expensive in recent years. The ability to recycle cobalt helps countries and companies reduce their reliance on it, which may have geopolitical and humanitarian benefits as well. (The paper cites a 2018 study showing that “populations surrounding artisanal mines in the Democratic Republic of the Congo have elevated levels of cobalt in their urine and blood, potentially adversely affecting the heart, lungs, blood, and thyroid.”)

The paper suggests that, in cases where recycling automotive batteries is not economically defensible but shows clear environmental benefits, regulators could step in and implement a deposit system to fund or encourage electric vehicle battery recycling.

For now, many electric vehicle companies are exploring alternative solutions, like re-using vehicle batteries as stationary storage on buildings.