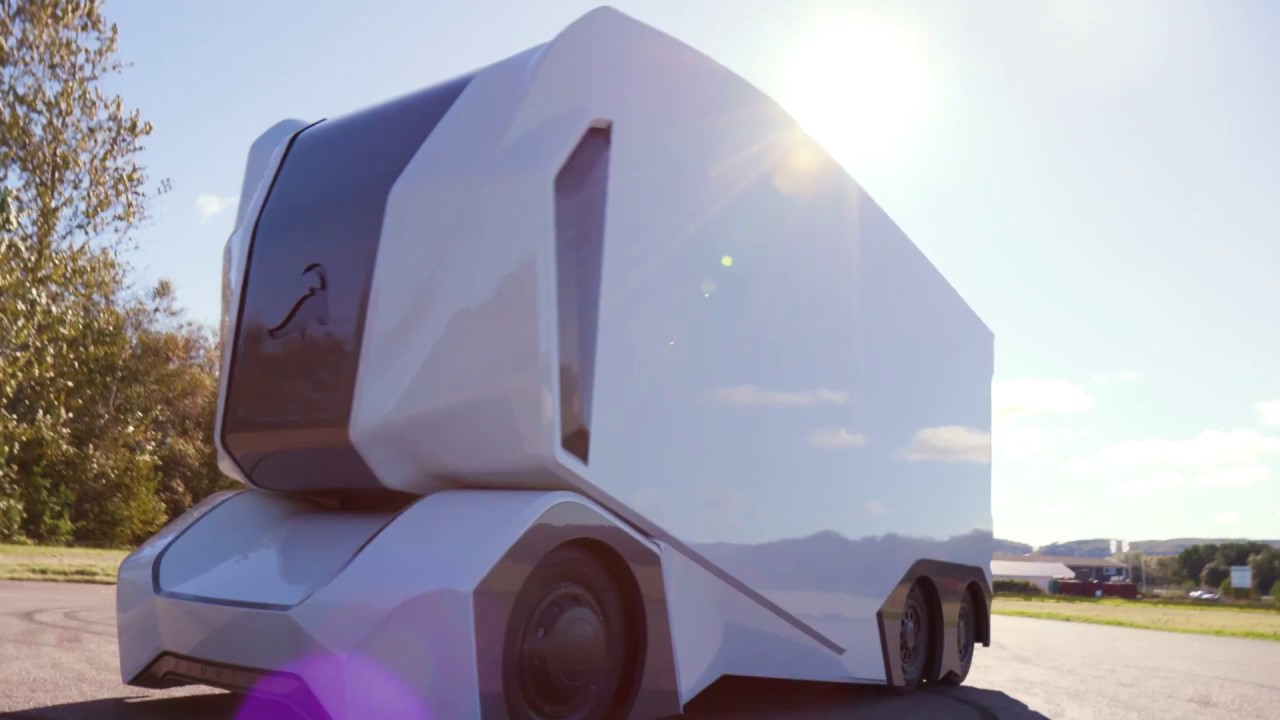 Swedish tech startup Einride does not have the fame Tesla has, nor the experience in car manufacturing of established automobile brands like Volvo. Yet, if the company succeeds in carrying out its ambitions, it is going to have a driverless truck in operation way before any of the established carmakers do. No less importantly, it will have an electric drivetrain.

There are solid reasons to believe Einride is not merely boosting its progress to lure investors. The best signifier is that it has partnered up with multinational grocery behemoth Lidl. Last October, Einride released a statement explaining how it is going to support Lidl in its transition towards electric and autonomous transport. The supermarket chain has a goal of reducing its emissions by 40% in Sweden by 2035. The company already switched to lower-emission fuels such as biodiesel, but now wants to go all the way down to zero. That’s where Einride comes in.

Founded in 2016, Einride has developed the T-pod, an electric truck that is not just able to operate autonomously, but does not even feature a driver’s seat. Without the cabin, more space is left for the drivetrain and freight. Powered by a 200 KWh battery, it can cover approximately 125 miles or 200 km on a single charge. Over that distance, it has space for 15 standard pallets, equal to 160 sq ft or 15 m2. Its maximum weight will be around 20 tons, and it will be sold at roughly $150,000 per unit.

The company plans to start a pilot program using the T-pod by the third quarter of 2018. The vehicle will be driving around the city of Halmstad on the Swedish west coast, carrying actual Lidl products and driving through actual Swedish traffic. However, at first the T-pod will be monitored at a distance by a human driver, ready to take over the wheel when required. Total autonomy, at least at the start of the pilot, not yet been reached, but Einride plans to slowly decrease human involvement, going from 1 to 10 trucks per remote driver.

Still, the T-pod makes for an interesting proposition. As long as the distance is not too large, companies can now operate a vehicle at eventually drastically lower labor costs. Additionally, the maintenance and fuel costs associated with wielding a traditional combustion engine are eliminated.

Furthermore, the T-pod is to be conceived of as one cog in a much larger wheel. Using a network of hubs from which the pods operate, the 200 km range suffices to sustain a huge, highly automated logistics system.

As Einride’s own timeline indicates, we are still some time away from large scale adoption of autonomous, electric trucking. By 2020, the company wants to have built 200 vehicles, and this might turn out to be rather ambitious for a firm that, by then, will exist less than 5 years. But looking into the longer term, Einride has bolder plans. It aims to have 40% of Swedish road transport carried out by its own vehicles as of 2035. That is optimistic, given the advancement competing car brands will have made. Production of Tesla’s Semi for example, a highly autonomous electric truck, is slated to start in 2019. Einride is still a company to keep a close eye on. If it manages to fulfill its promise and gets its autonomous electric truck into commercial operation before the end of this year, it does have a strong position to take up larger swaths of the trucking market in the near future.