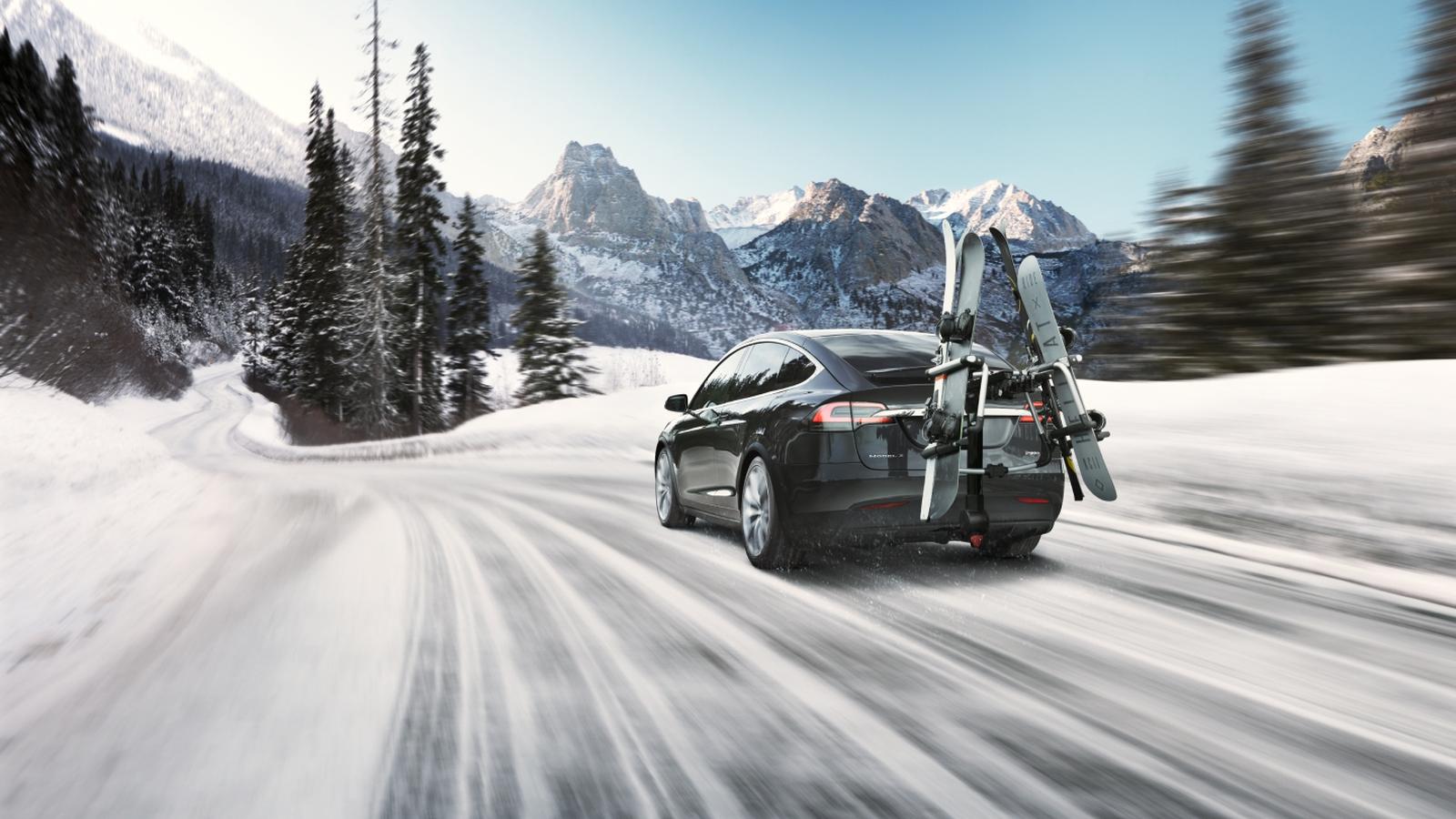 Do Tesla Vehicles Work In The Snow?

Tesla Fun In The Snow

Don’t try this in your Tesla. It’s definitely not advised — but it sure looks like fun. According to AutoEvolution, in Moscow, “one could grab an American electric tank (read: a Tesla Model S) and try to embrace the Russian winter… Alan Enileev has recently brought us an adventure that sees a Model S, presumably a P100D, delivering wonderful all-paw donuts in Gagarinsky District, Moscow.” But first, a quick charge…

You’re probably pondering… how an electric vehicle can do such dramatic donuts (see below) better than most gas-powered cars? It’s reported that, “you might wonder what allows the 2+ ton behemoth [Model S] to spin so violently. And the answer is simple. You see, the instant electric torque joins forces with the single-gear nature of the Tesla — the latter aspect means that, once the wheels lose traction, the electric motors get to spin all the way to heaven, going way past what an internal combustion engine could deliver.”

So if Model S and Model 3 owners can make their cars dance during winter with these donuts, what can Tesla’s SUV, the Model X, accomplish in the snow? Well, we definitely don’t advise you open your Model X falcon wing doors while driving in a snowstorm as this owner recently did…

More insights come from the Now You Know Tesla tipsters, Zac and Jesse, in their new Tesla Model 3. According to Teslarati, “A slow-motion capture of Model 3’s rear wheels reveal a delicate dance of power limiting and power transfer to the ground, thereby allowing the driver to maintain control of the vehicle at all times. It wasn’t until the Model 3 was placed into Slip Start mode that the vehicle began to show any signs of sliding, when purposely pushed to the limits in an attempt to drift the vehicle.”

But there are other ways to enjoy the distinct treats that the Model X has to offer its owners during wintertime. You could pull a semi truck up a hill. If you’re not thatdaring,  you (and your Model X) can celebrate the holidays with friends and family — in style. Sure, the Model S and Model 3 can do donuts, but Tesla’s Model X does this…

In any event, it turns out that you can have plenty of fun in your Tesla this winter. Hopefully, you’ve enjoyed the holidays just as much as these other Tesla owners. Then again, you could battle your Tesla in a tug of war against gas-guzzlers in the snow but we would also advise against it. That said, if you’re up north facing another blizzard this week, stay safe and (if you’ve got Tesla’s subzero weather package) keep those seat heaters warm!

Brrrr … chilly temperatures are freezing folks this winter and car buyers are searching for the ultimate winter-mobile. It turns out that Fortune recently announced “the Tesla Model X as (almost) the perfect winter car.” Wait. Can this 5,000-pound all-electric beast really handle tough winter conditions?

ortune’s Daniel Bentley writes, “Driving out of New York City at 5 p.m. on a Friday is a stressful endeavor any time of year. Add some slushy snow to the mix, and it’s mayhem. But driving the Tesla Model X P100D away from the company’s newest store in Manhattan’s Meatpacking District I was relaxed and comfortable.”

Okay, so how does Tesla’s Autopilot features work in the slush and snow? Bentley confesses that Tesla’s Autosteer feature was a bit hesitant to activate. When it did come to life, he notes: “to be perfectly clear, [it] is not self-driving as most people imagine it. In its current guise, it’s a driver-aid.” Nevertheless, driving out of NYC, “Tesla’s ‘Traffic-Aware Cruise Control’ or TACC was available, and made the two hours of gridlock [traffic] slightly more bearable.”

Sure, Tesla isn’t (yet) a Level 5 self-driving car but what’s holding the Model X back from being a 100% perfect winter car? Bentley contends, “the physical limitations of battery technology… In the 20- to 30-degree Fahrenheit weather I was driving in, the car was spending a lot more power to heat the cells than it would on a balmy 65 degree day in Palo Alto.”

And even though Bentley stopped at a Tesla Supercharger in order to top up the battery, he admits, “I have a longer than average commute at just over 60 miles, and with conservative driving I’d be able to get to work and back even in sub-zero conditions. And Tesla is reportedly working on a battery pre-heat feature for customers in cold climates. That could [definitely] come in handy.”

So what makes Tesla’s Model X such a great car in the winter? Performance. Bentley explains, “The car, equipped with a good set of tires, gripped the road and provided the confidence to drive at normal highway speeds.”

What about the massive power and torque available to the Model X — wouldn’t that present a problem in the snow? Bentley notes, “Even with some aggressive throttle there was minimal wheel slippage: the car’s ability to almost instantly send torque and brake the wheels as necessary makes for the least jarring traction control I’ve experienced. The effects of the snow were almost completely neutralized.”

Still not a believer? Perhaps this video will convince you. Model X owner Ben Spreen writes (via youtube), “I was exploring Raleigh NC during the snow storm and found a United States Postal Service truck stuck on an icy snowy hill… So we did what any sane person would do and hooked up the 66,500 pound semi to the back of my Tesla Model X 90D and pulled him up the hill.”