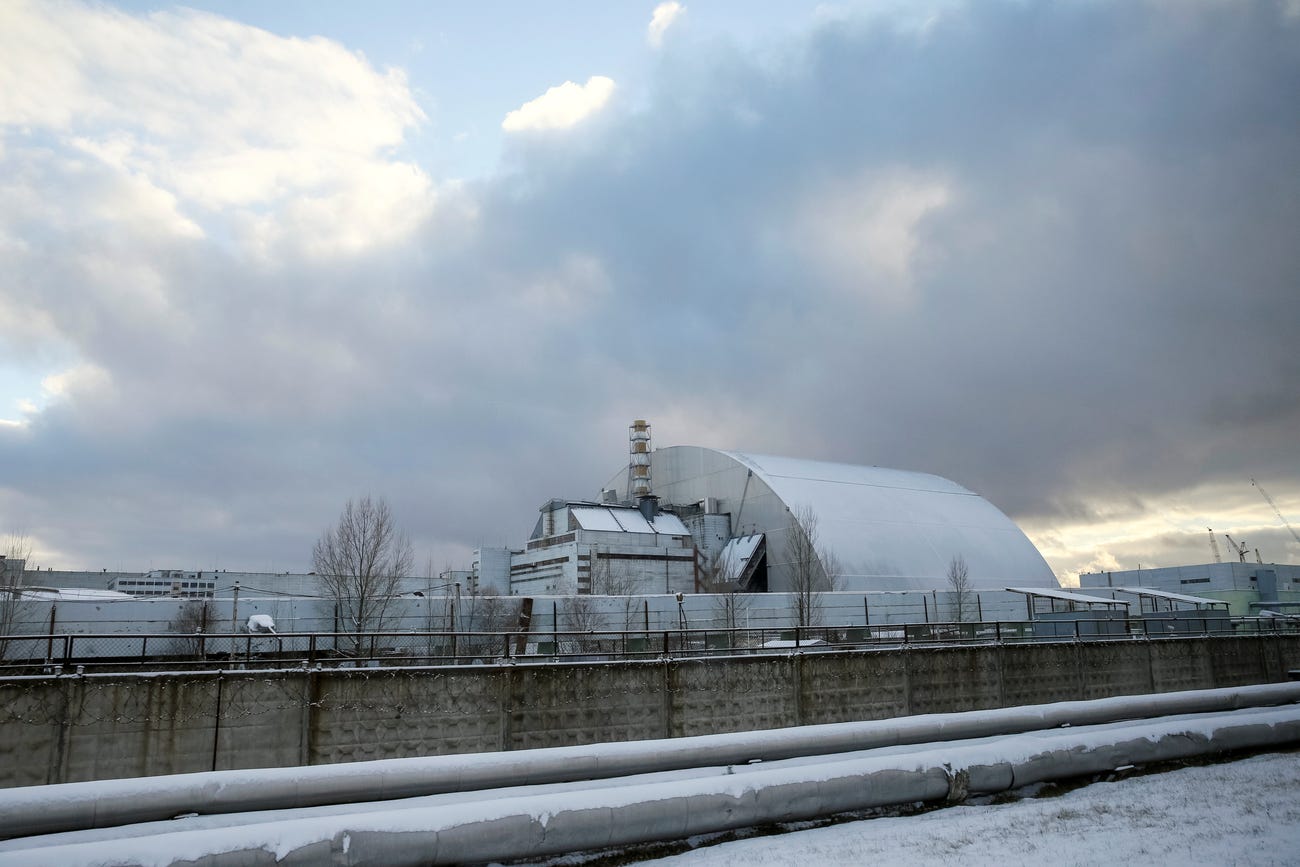 Chernobyl's 'sarcophagus,' which helped contain the spread of radiation, is being dismantled because it's teetering on collapse

The New Safe Confinement structure over the old sarcophagus covering the damaged reactor No. 4 at the Chernobyl Nuclear Power Plant.

The Chernobyl Nuclear Power Plant accident is widely considered one of the worst nuclear disasters.

On April 26, 1986, the core of a nuclear reactor at the plant opened during a routine safety test, sending plumes of radioactive material into the air. The explosion and subsequent fires released widespread contamination across Europe, but the most contaminated site by far was the downed reactor No. 4, where the accident took place.

Less than two months after the disaster, about 600,000 Soviet cleanup workers sprang into action to build a “sarcophagus,” or massive covering, around the reactor to lock in radioactive materials like corium, uranium, and plutonium. The process exposed many workers to dangerous levels of radiation, and at least 31 people died of acute radiation sickness.

The covering was designed to be sturdy — it relied on 400,000 cubic meters of concrete and about 16 million pounds of steel — but the construction was done in haste. As workers scrambled to contain the damage without getting hurt, they failed to seal off the building’s joints. They also left openings in the ceilings, which allowed water to enter and corrosion to set in.

Now, the entire sarcophagus has to be dismantled before it comes tumbling down.

The Ukrainian company that manages the Chernobyl plant, SSE Chernobyl NPP, said in an online statement that expert evaluations revealed that the sarcophagus had a “very high” probability of collapse. Only gravity has kept the structure tethered to its supporting blocks, the company said.

So on July 29, it signed a $78 million contract with a construction company to take the sarcophagus apart by 2023.

The construction workers will have to reinforce the sarcophagus while its parts are being disassembled (with the help of robotic cranes). The pieces will then be cleaned and shipped off for recycling or disposal.

“The removal of every element will increase the risk of shelter collapse that in turn will cause the release of large amounts of radioactive materials,” the company said in a statement.

But any radiation that gets released probably won’t make its way into atmosphere. For the past nine years, workers have been building a 32,000-ton shell around the sarcophagus. Its parts were assembled in Italy, then delivered to the construction site via 18 ships and 2,500 trucks.

The completed shell, known as the New Safe Confinement structure, was rolled into its final location in 2016, at which point it became the largest land-based object ever moved by humans. The structure was revealed to the public in July. It’s expected keep the area confined for another century, giving workers enough time to remediate the site.

Once the sarcophagus has been dismantled, workers will begin the gargantuan task of cleaning up the radioactive waste that still lingers at reactor No. 4. The process will involve vacuuming radioactive particles and clearing out the “lava” mixture that formed when Soviet workers dumped sand, lead, and boron into the burning reactor.

These efforts are expected to last through 2065. By that time, scientists estimate that radiation from the accident will have led to more than 40,000 cases of cancer.