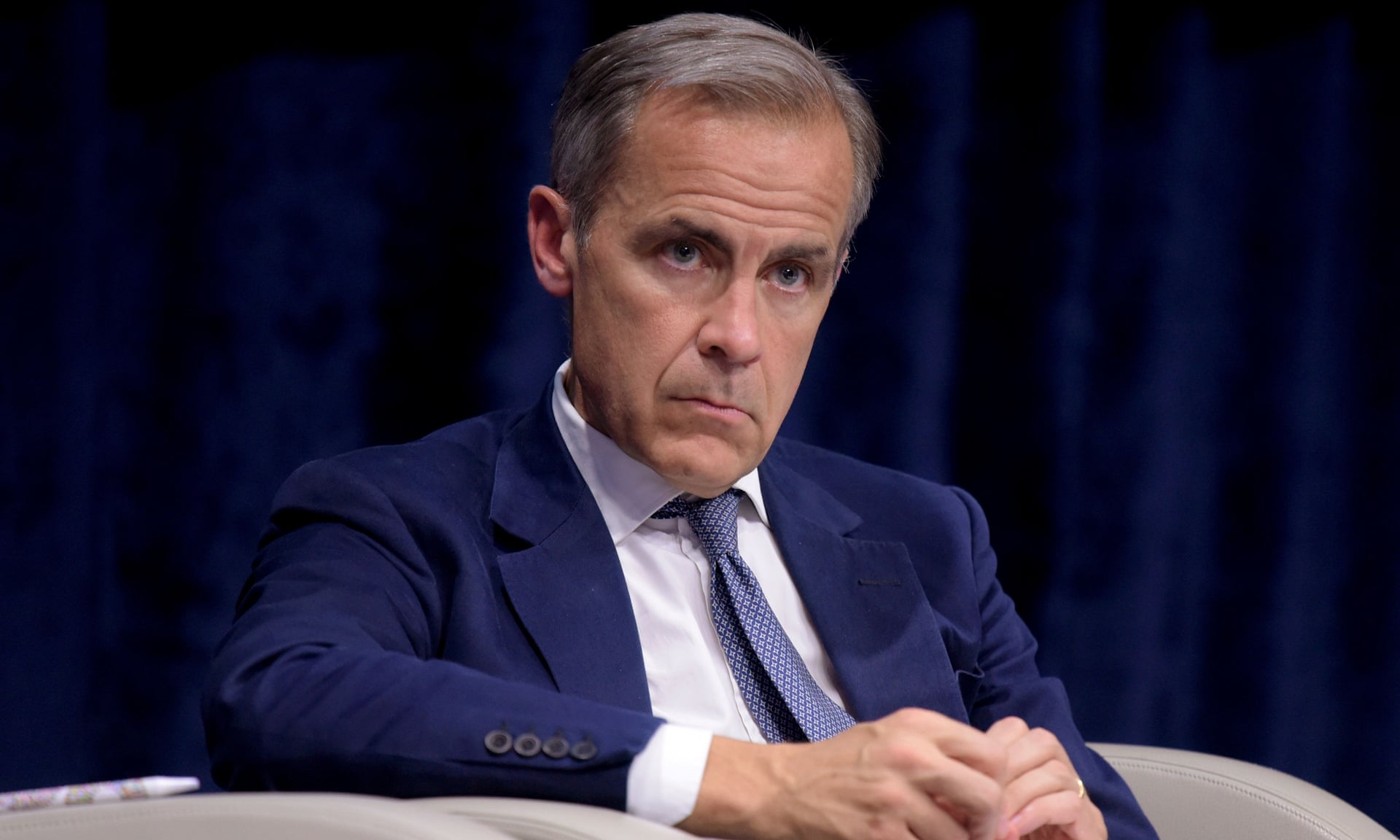 Capitalism is “very much part of the solution” to tackling the climate crisis, according to the governor of the Bank of England, Mark Carney.

Challenged in an interview by the Channel 4 News presenter Jon Snow over whether capitalism itself was fuelling the climate emergency, Carney gave a strident defence of the economic system predicated on private ownership and growth but said companies that ignored climate change would “go bankrupt without question”.

“Capitalism is part of the solution and part of what we need to do,” he said in the interview broadcast on Wednesday.

The economist, who previously worked for Goldman Sachs, said he recognised the costs of ignoring climate change were rising, but stressed there were increasing opportunities for “doing something about it”, and that capital would shift in this direction.

“Now there is $120tn of capital behind that framework that is saying to companies: ‘Tell us how you are going to manage these risks’ – that’s the first thing,” Carney said.

“The second thing the capitalist system needs to do is to manage the risks around climate change, be ready for the different speeds of the adjustment. And then the most important thing is to move capital from where it is today to where it needs to be tomorrow. The system is very much part of the solution.”

He added: “Companies that don’t adapt – including companies in the financial system – will go bankrupt without question. [But] there will be great fortunes made along this path aligned with what society wants.”

Carney, who is set to step down as governor in January after six years in the post, was interviewed at Coutts Bank in central London on Tuesday evening, where Sir David Attenborough told bankers and financiers the planet was in mortal danger and they “simply must act”.

Many experts argue that ending the crisis would necessitate the end of capitalism and the introduction of a new economic model, due to the constant pursuit of GDP growth in capitalist economies where investment in fossil fuels continues to overshadow those in renewables.

Others argue that capitalism harnesses innovation, which is key to the Earth’s survival and future prosperity – citing rapid advancements in renewable and clean energies.

“We are destroying our planet, and business as usual is not going to save us. We must question any system that has led us to this path of mass extinction, and look to more sustainable economic models that are not based on resource depletion and increasing emissions,” a spokesperson told the Guardian.

“This is no longer about left versus right, we need to come together to face this. Political persuasion is going to be a distant memory when we are faced with failing crops and empty supermarket shelves.”

The UK has committed to eliminating carbon emissions by 2050 through legislation passed last month. However, analysis published this week by the Labour party showed this target would not be met if the UK fully exploited the shale gas reserves in the country through fracking.