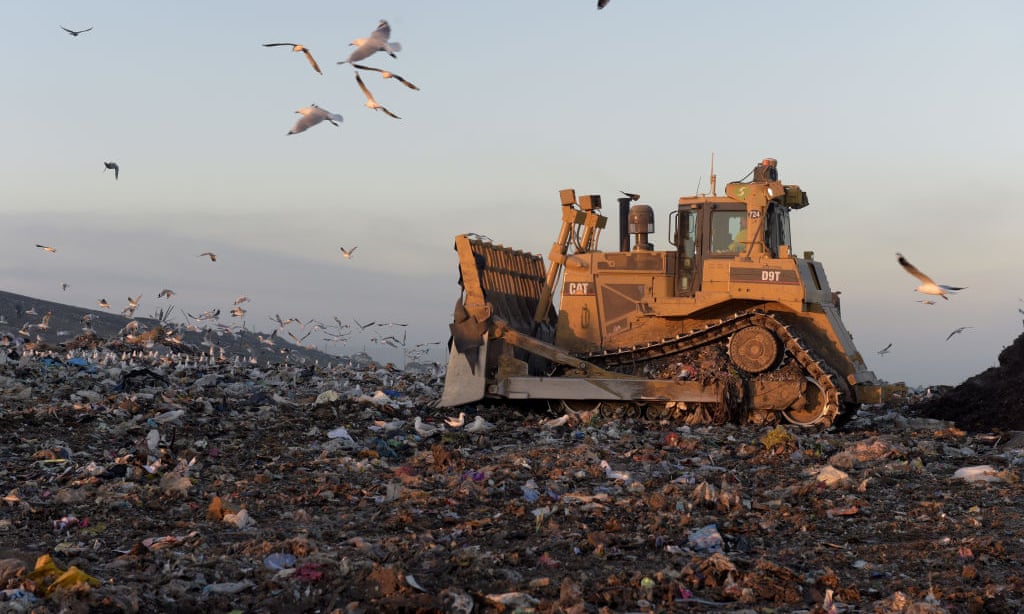 It’s the controversial scheme that’s attracting attention across the nation but as more waste-to-energy facilities get the green light, critics fear the opportunity to improve Australia’s recycling industry is going up in smoke.

Waste-to-energy, also called bioenergy, has been used in Europe, east Asia and the United States for decades to destroy garbage that would otherwise go to landfill. The trash is burned as feedstock at high temperatures to create fuel, gas or steam that drives a turbine and churns out electricity.

In this region, China has seen an explosion of waste-to-energy plants since 2002, sparking dozens of protests from residents concerned about impacts on their health and the environment.

A solution to the crisis?

On the face of it, burning waste looks like a solution to Australia’s growing recycling crisis. The industry is reeling from China’s 2018 decision to limit recycling imports. Last week two recycling facilities in Victoria were ordered to stop accepting waste because of dangerous stockpiling.

It could also be seen as a way to address the nation’s energy woes. Energy ministers have been grappling for years for ways to make electricity reliable, sustainable and affordable, an issue that is frequently linked to the 2016 South Australian blackout.

While plans to build a large waste-to-energy incinerator were cancelled in western Sydney, New South Wales is home to the nation’s largest waste-to-fuel plant at Wetherill Park in Sydney.

“You have to mine everything that you can recover out, before you even go into the burning,” Sloan says.

Across the nation, state and territory EPAs, governed by waste laws, use a hierarchy system in which prevention, then recycling, sit above recovering energy, treating and disposing in landfill.

A threat to recycling

“We appear to have this system where waste-to-energy incinerations are being allowed to remove material recovery facilities [recycling centres] from their planned projects,” says Bremmer. “They are doing that because it assures their waste stream.”

In October 2018, the WA EPA approved the removal of infrastructure to sort waste from already-approved plans for a $400m waste-to-energy plant in Rockingham, 40km south of Perth.

The facility, which at the same time changed its proposal to also incinerate sewage and increase its throughput, will receive residual municipal waste from participating council bin systems instead of sorting waste.

Sloan says she is not aware of any local council that is removing existing recycling facilities, and that every state requires them.

But Western Australian local government authority the Southern Metropolitan Regional Council has put out a tender to sell off part of its regional resource recovery centre to private contractors while also calling for waste-to-energy services.

The SMRC chief executive, Tim Youé, says the council is not moving away from recycling in favour of waste-to-energy facilities.

The federal environment minister, Melissa Price, did not specifically comment on the claims that waste-to-energy plants were undermining recycling, but pointed to the waste hierarchy system.

“The government … is exploring opportunities in waste-to-energy as part of our broader suite of initiatives,” she said. “Waste-to-energy facilities can provide a value for waste that would otherwise go to landfill.”

The federal government considers incinerating waste and organic matter for energy as renewable.

The classification is important because it creates revenue streams for industry, which can take advantage of grant programs, such as through the renewable energy agency Arena.

Yet Greens Western Australian MP and the party’s waste spokesman, Robin Chapple, says it is inappropriate for grants or loans meant for green energy to go to waste-to-energy programs.

“It’s consuming, in a large degree, a petroleum product into an energy stream which produces CO2 equivalent,” Chapple says.

“We managed to control the emissions, like dioxins, but we are still turning the plastics into a greenhouse gas. If you have a good recycling program which deals well with waste, the feedstock for incineration disappears.”

Arena says the projects it has invested in capture energy from sewage, meat processing leftovers, landfill and organic litter, helping to reduce greenhouse gases from landfill and improve air quality.

Plans produced in 2007 by the federal government concluded that by 2020, the bioenergy industry could quadruple its energy generation to 4% to curb the nation’s greenhouse gas emissions.

In its 2007 report, the government acknowledged that “significant amounts” of particulates, sulphur dioxide and nitrogen oxides could pose health concerns and have implications for local air quality near the plant.

At the University of New South Wales, inventors from the Centre for Sustainable Materials Research and Technology (SMaRT) are taking recycling a step further, turning tyres into steel and discarded phones into gold.

“It is not a good idea to burn materials for the purpose of generating energy,” Sahajwalla says.

Sahajwalla has patented a microfactory that can be used at waste sites or in developing nations to transform discarded materials into molecules that can be reworked into new things.

“If you are using something and then, after a single life, saying, ‘I’m done with it and I’m going to burn away the fundamental molecules and elements and everything else to release a bit of energy’, then that’s not good,” she says.

“If we are burning it away, then we are not trying hard enough to see what are the different ways to repurpose by processing things in different ways and transforming them.”