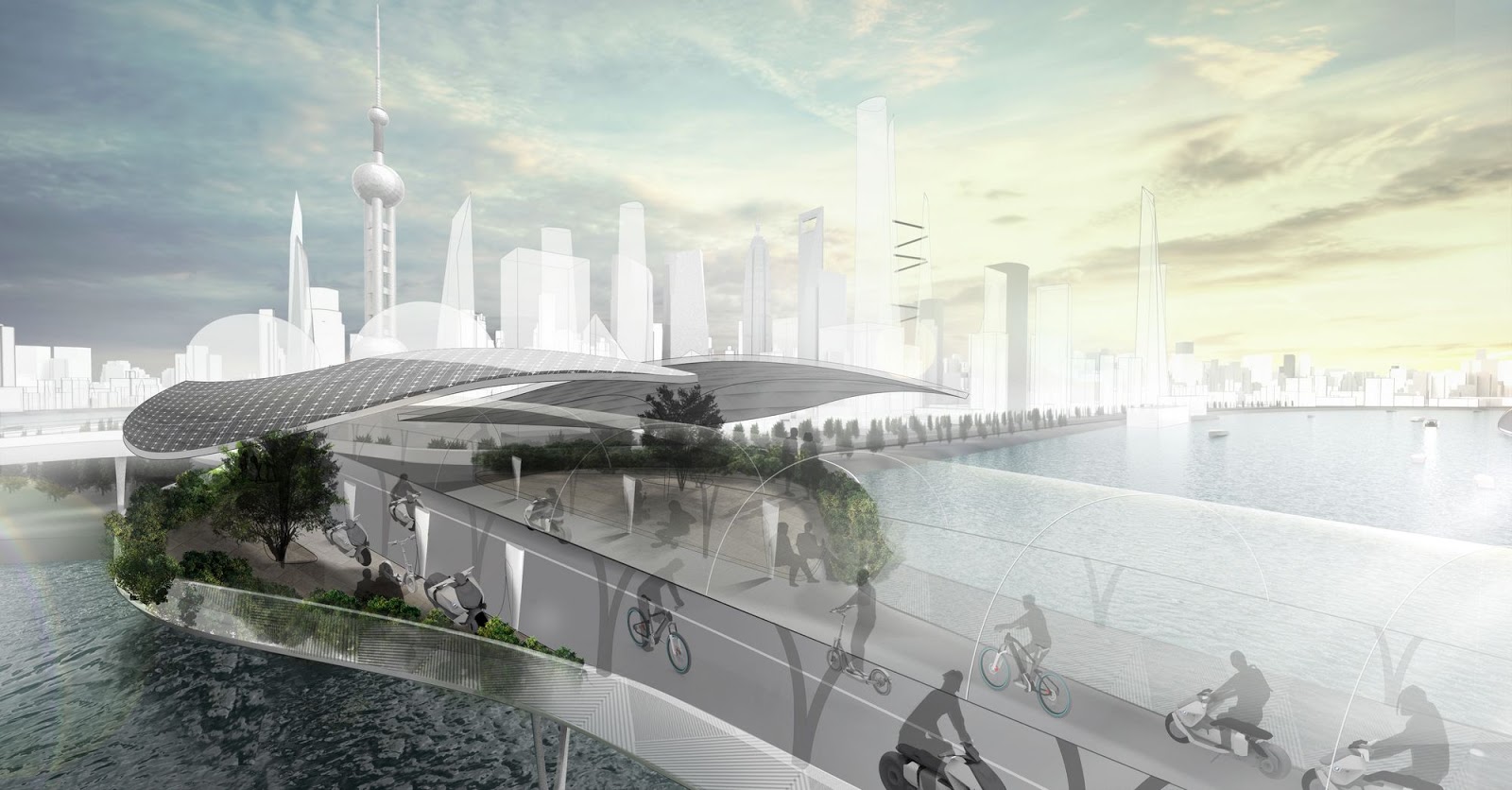 Instead of banning cars from city centers, this automaker recommends elevated roads for electric bikes & scooters to ease congestion and emissions.

In true car company fashion, BMW has come up with a solution for cleaner commuting in crowded cities, and it involves moving two-wheeled electric traffic to a separate elevated cycleway, which would then serve as a direct link “between key traffic hubs.” The general idea of the BMW Vision E³ Way concept, which was developed in collaboration with Tongji University and the company’s Shanghai technology office, isn’t a novel one, as elevated cycleways have been proposed before (and built). However, this version would be roofed over and include solar panels, climate control, and rainwater collection features.

According to BMW, the E³ Way is dubbed so after the three defining properties of the concept — elevated, electric, efficient — and is specifically designed to address the transportation challenges in the “urban conurbations” of the megacities of tomorrow. And even though this cycleway would feature a much more conventional mode of transport, some are comparing it to another ambitious concept, with Markus Seidel, head of the BMW Technology Office China, saying, “It’s our Hyperloop.”

“The BMW Vision E³ Way opens up a whole new dimension of mobility in overcrowded conurbations – efficient, convenient and safe. It works by simply creating space for two-wheel zero-emissions traffic. In China, more than a billion people will be living in cities by 2050. The country will become the global incubator for numerous mobility innovations such as the BMW Vision E 3 Way, after all, nowhere else is there such an urgent need for action.” – Seidel

In a piece on Automotive News, author Nick Gibbs says that the concept would use a modular construction method to cut costs, and “could sit below the increasing numbers of elevated roads” that cross Chinese cities, thereby allowing the cycleways to use existing supports for further cost reductions. Getting the concept from drawing board to real-world construction “would require investment from many different parties,” Gibbs continues, and at least some funding could come from licensing a number of the patents registered by the BMW Group in relation to the project.

“Initial feasibility studies demonstrate that a concept such as the BMW Vision E³ Way can significantly reduce congestion, emissions, travel time and the risk of accidents. Traffic flow is permanently optimised by means of automated video surveillance systems and artificial intelligence as well as through the integration of smart city ecosystems. And the best thing is that its modular design and free scalability make the concept essentially suitable for use in any megacity.” – BMW Group

Along with providing a route for current electric bike and scooter riders, the E³ Way concept could also enable a bike-sharing model by offering rental e-bikes at each entry point, which would make it possible for tourists and other pedestrians to benefit from the quick direct route to other transport hubs as well.