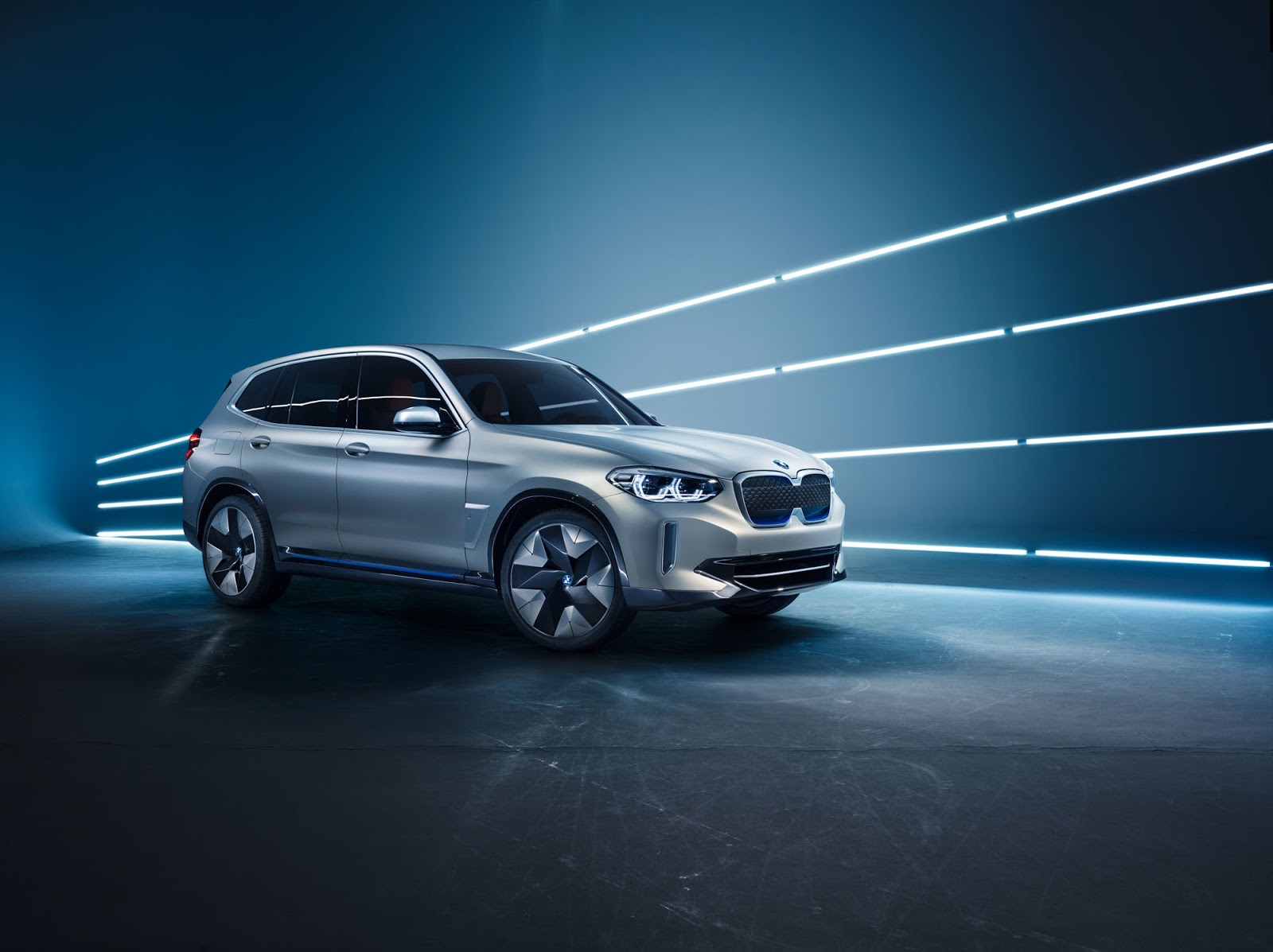 BMW unveiled its iX3 electric SUV concept on Wednesday at the Beijing Auto Show. The automaker plans to start producing the vehicle, which is based on its X3 SUV, in Shenyang, China, in 2020 as part of a joint venture.

BMW said the iX3 will have a range of over 249 miles per charge and a motor that can produce over 270 horsepower. It will feature a battery with over 70 kWh of capacity BMW says will be able to charge in 30 minutes using a 150 kW charger. The iX3’s redesigned powertrain, which marks the fifth generation of the brand’s eDrive technology, has a modular design that can be used for other vehicles.

The iX3’s range is less than the maximum attained by a Tesla Model X (295 miles), though it exceeds the 237-mile range of the Model X’s base trim.

BMW is getting ready to expand its electric offerings beyond the i3 city car, which was introduced in 2013 and is currently the brand’s only fully-electric vehicle available for purchase. The brand has said it plans to release at least 12 fully-electric cars by 2025, including the Mini E, iNext, and i Vision Dynamics.

But the iX3 will be significant for the brand, as consumers continue to shift away from sedans in favor of SUVs. The increasing popularity of SUVs means electric models could accelerate adoption rates of electric vehicles, which make up about 1% of the global market.

In addition to the Model X, the iX3 will compete with forthcoming electric SUVs like the Jaguar I-Pace, Audi e-tron quattro, Mercedes-Benz EQC, Volkswagen ID Crozz, and Tesla Model Y.