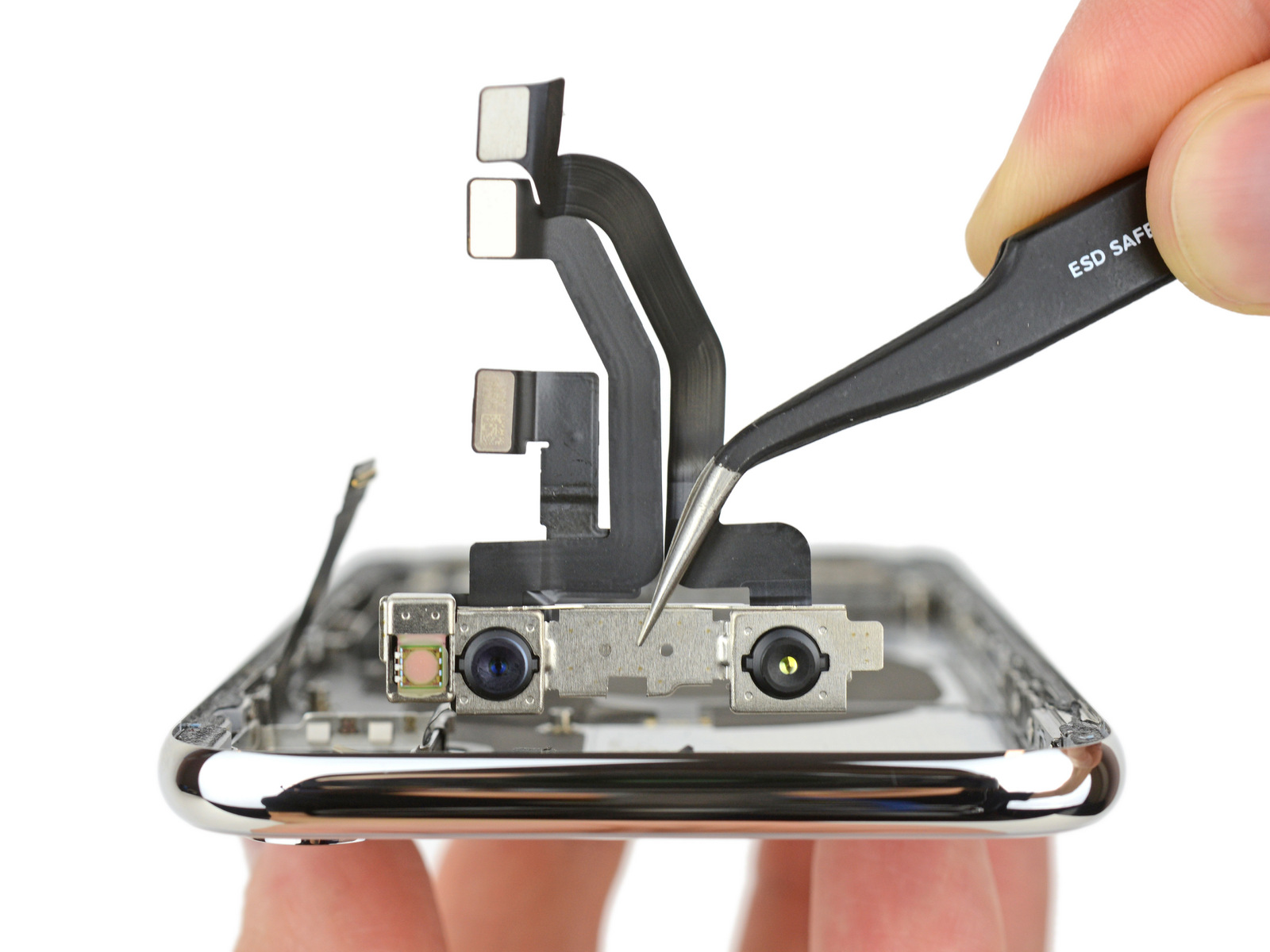 Apple is an exception to nearly every rule

The world’s most valuable company isn’t the best example for how you should build your startup.

Walking into my first ever meeting with a structural packaging designer, I started rooting around in my bag before exclaiming, “This is the sort of thing I want!” She leaned forward in her chair, delighted to have a customer with a strong guide, then groaned audibly when she saw what I had placed on the table: the packaging from my new iPhone.

“You can have anything you want,” she countered, “but if you want your packaging to look and feel like Apple’s, you’ll have to increase the unit cost for your packaging by 10x.”

Packaging is just one example — there are dozens — of why Apple is a rank outlier in almost every way. Or, put differently: Using the Cupertino-based company as your template for how to build a startup is not a great idea. Let me tell you why.

Apple is unusual in many ways, but nothing sets it apart from your hardware startup quite as much as its cash reserves. The company sits on a quarter-of-a-trillion-dollar pile of cash, about twenty thousand times more money than even the best-funded startup in the world. Having a rainy-day fund the size of a national budget means you’re able to demand certain things. One example: Chipset manufacturers will jump through hoops to make things possible for Apple that they wouldn’t do for anyone else.

At Apple, design is the driving force, with manufacturing and engineering fully dialed in to support that vision. In practice, that means that Apple’s designers make choices nobody else would be able to make.

The amount of custom CNC milling that goes into Apple’s unibody laptops is incredibly hard to scale.

For example, when designing the new unibody Macbook Pro, Apple’s designers had a very specific design in mind. In almost every other company, the design team would have been told by the manufacturing team that what they wanted to do wouldn’t be possible. Here’s what manufacturing would say: “The only way to accomplish what you’ve designed is to use a CNC mill. That doesn’t scale! We would need thousands of the damn things!” At Apple, with its mountain of cash, that turns out not to be a limiting factor. If the designers want something, they’ll have it, even if that means buying 10,000 CNC mills to scale manufacturing or buying the entire output of a laser-drilling manufacturer (and later buying the whole company), because Apple needed the entire world’s supply of that particular type of laser.

No other manufacturer would even think to do that — it is a ludicrously over-engineered solution to a simple problem.

Apple is no stranger to going to ludicrous lengths to build its products. That’s enviable, but it’s not replicable.

Another example is found in the Apple iPhone X. The designers wanted the screen to run all the way to the top and bottom edges of the display. The problem? The display controller needs to connect somewhere. Apple’s engineering team came up with an ingenious solution: Instead of using a rigid OLED panel, they used a flexible display — not because they wanted the display itself to be curved, but as an engineering feature to hide the display controller. No other manufacturer would even think to do that — it is a ludicrously over-engineered solution to a simple problem. But if you’re sitting on infinite cash and no manufacturing constraints, why the hell not?

As a startup, it’s extremely unlikely you have to reinvent the wheel, crown, or cog from scratch. In fact, you probably want to do the opposite. Apple does whatever it damn well pleases , which is great for them. Once you have the world’s largest stack of $20 bills sitting in your bank account, you can do the same. Until then, it’s far cheaper and easier to use off-the-shelf components, with a minimum of custom pieces, to get your product to market as quickly as possible — and then iterate.

Secrecy is not great for teamwork

Secrecy runs deep in Apple’s DNA. Terrified of competitors, the press, or the public discovering something ahead of time, the company operates in deep secrecy.

This cloak-and-dagger approach is astonishing, to the point that an engineer’s line manager might at times not know what her direct reports are working on. If you’re working on the next generation OS, you may never see the hardware on which it runs until the product ships. If you’re working on hardware, the opposite is true: You may be creating a beautiful canvas for software to live on, but chances are, you won’t see the work in progress until you can buy it in a store.

This secrecy works for Apple because it is such a design-driven company. It is permanently locking horns with the fast followers who try to copy its innovations and progress. Total secrecy is a way to ensure that Apple gets the jump on competitors and maintains the upper hand. As such, Apple’s total commitment to furtiveness is a useful weapon in the fight against industrial espionage. There may also be a staff retention element to the strategy: If hiring an Apple engineer is not the way to learn what Apple is doing, perhaps the competitors are less likely to poach its staff.

Secrecy might sound intriguing, but for a startup, it’s absolutely the wrong way to go. Decoupling everything simply doesn’t work. Collaborative design and a more integrated hardware/software approach is a far more productive way of working. In fact, I’d argue that openness and collaboration are the biggest advantages startups have over larger corporations. Squandering that by trying to be overly secretive is a terrible waste.

It’s worth noting that while internal transparency is great, that doesn’t mean you have to do all your R&D in public or constantly inform your customers and fans about what you’re doing. Staying in stealth externally and keeping your competitors in the dark as long as possible might be wise. Recall the case of the Fidget Cube, for example: The company ran a very successful Kickstarter campaign but was subsequently beaten to market by dozens of copycats.

If you’ve ordered a new MacBook from Apple recently, and you selected any customizations, chances are that you’ve seen a shipping notification with an origination address in China, and your parcel will probably arrive in less than a week. Drop-shipping from the factory gives Apple tremendous flexibility in its logistics operation and a fantastic customer experience. The scale at which Apple operates is the dream of startup founders — most of us don’t have the luxury of shipping six million units over a Black Friday weekend, or selling out our entire stock of a $1,000 phone on launch day.

Ultimately, it comes down to leverage. Apple’s economy of scale is so enormous that it, in effect, has the logistics companies over a barrel. Any company shipping millions and millions of parcels per month will be able to negotiate with FedEx, DHL, and all the other courier firms. As a startup shipping dozens or scores of items, you have little leverage in negotiations.

Apple has set up its logistics operations to be optimized for shipping to anywhere in the world at the drop of a hat, whether the ordered items are customized or not. That’s mind-boggling, given the nearly infinite number of SKUs with which the company operates.

When your hardware startup changes gears from development mode to operations mode, logistics get complicated quickly. Dealing with distribution warehouses, retail SKUs, box SKUs, and managing returns is hard enough as it is — drop-shipping directly from the factory to your customers is a layer of very expensive pain that is best avoided.

Drop shipping directly from your manufacturer also makes QA issues a challenge. What happens, for example, if there’s a problem with the goods being shipped out? If something does go wrong, you want to be able to deal with the issue when you have 1,000 faulty units sitting on a pallet in a warehouse, not when they’re in 1,000 different locations around the world. If the manufacturer is drop-shipping directly, they may not have an incentive to flag and resolve problems early enough.

Down in the trenches in Startup World™, sea freight to relevant regions and local distribution for last-mile delivery is the name of the game.

Apple is a different beast

Design, logistics, packaging — whenever Apple is the example of one way of doing something, try to find two more examples. If you can’t find any, that’s a pretty good indicator that it’s not a hill worth dying on: Apple lives in one world, the rest of us live in another.

By all means, keep an eye on Apple and the way the company pushes the envelope. But bear in mind that, for now, the company is a very different beast than your startup in almost every possible way.