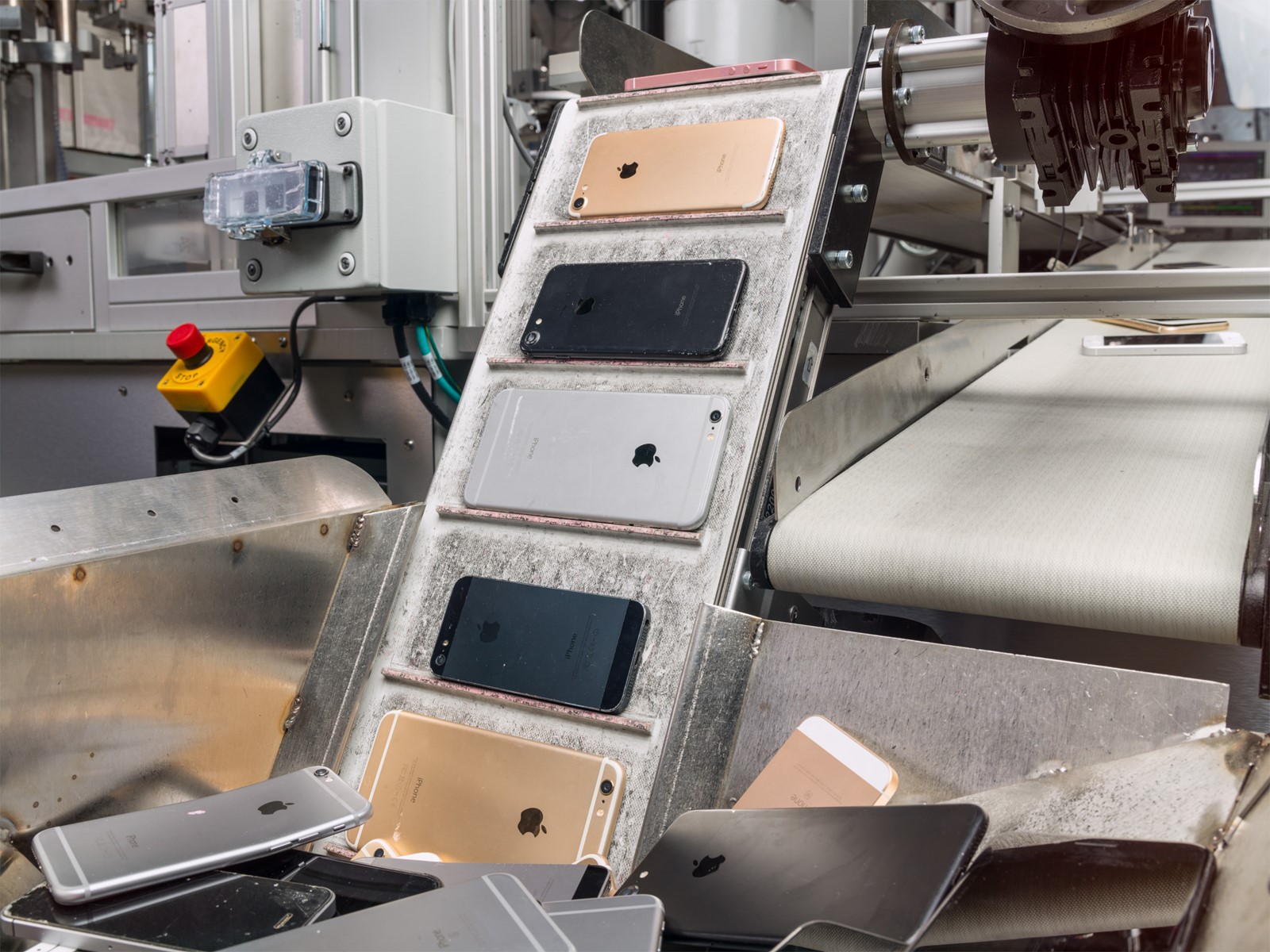 Apple’s got a new robot.

You can’t buy this ‘bot, though — it’s only for Apple’s use. The robot, named Daisy, takes apart old iPhones so that the valuable materials in the devices, like gold, can be extracted.

It’s an improved version of “Liam,” the recycling robot that Apple revealed in 2016 to take apart iPhone 6 phones.

Daisy can disassemble 200 iPhones an hour, Apple said in a press release on Thursday extolling the virtues of its latest droid. And Daisy can take apart nine different versions of the iPhone, a step up from Liam’s limited capabilities that only allowed it to dismantle the iPhone 6.

Apple has made the environment a big part of its corporate identity. Earlier this year it announced that all Apple facilities now run on 100% renewable energy.

Apple also announced on Thursday that for the rest of April, it’s going to donate money to Conservation International for every iPhone and Mac it receives for recycling, and debuted a new website to check the value of your old Apple products.

Greenpeace, the environmental advocacy group, praised Apple for its efforts reducing its carbon footprint and recycling its old products. But the group criticized Apple for designing products that need to be replaced so often.

Instead of building “another recycling robot,” Apple should focus on “repairable and upgradeable product design,” Greenpeace said in a press release on Thursday. “This would keep its devices in use far longer, delaying the day when they’d need to be disassembled by Daisy.”

Last year, Apple published a paper with more details about “Liam,” its previous iPhone-destroying robot, but there isn’t as much detailed information yet about Daisy.

There are, however, some beautiful photos of the robot courtesy of Apple. There’s also a video on Apple’s site. Check them out: