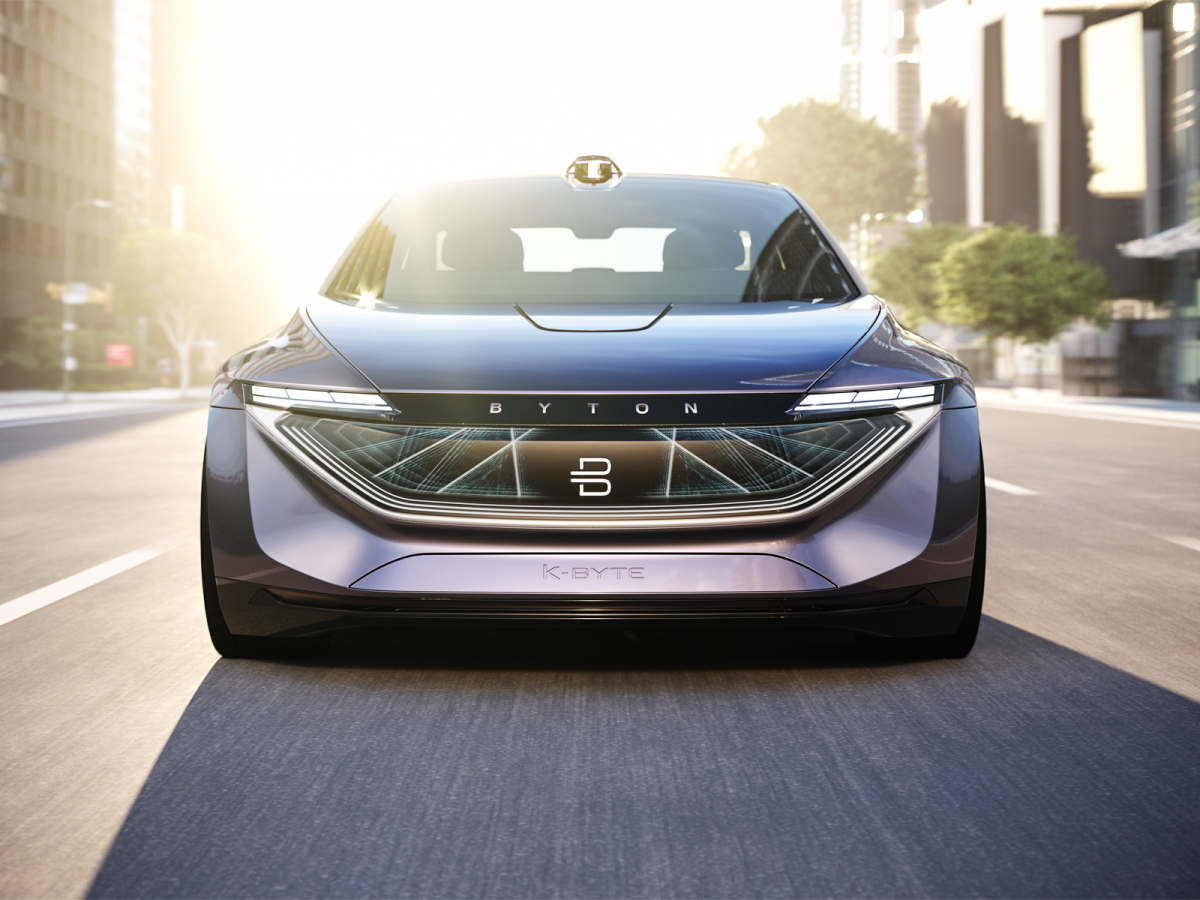 When automakers promote electric cars, they tend to highlight two performance metrics – range and acceleration – in an effort to disprove the stereotype that electric vehicles are less powerful and more inconvenient to own than their gas-powered counterparts.

But for the Chinese electric vehicle startup Byton, performance metrics are secondary to interior features like cabin space, touchscreens, and adjustable seats, and their ability to make a ride more comfortable, Byton president and co-founder Daniel Kirchert told Business Insider.

Fast acceleration is “not meaningful for most consumers,” he said. “The area that we want to be number one is in terms of spending quality time in the car on the move, being able to do all of the things you would like to do in a very comfortable way.”

Byton, which was founded in 2016 as Future Mobility Corporation, has released concepts for two vehicles – the M-Byte SUV and K-Byte sedan – and plans to build a third, a seven-seat MPV. Kirchert said the company will release the M-Byte in 2019 and start production for the K-Byte in 2021 and the MPV in 2022. The M-Byte and K-Byte’s high-end trims will have 325 miles of range, while their entry-level models will have 250 miles of range.

Byton’s philosophy is to think of an electric vehicle as a “smart device,” Kirchert said, an idea that’s evident in the M-Byte and K-Byte concepts. In place of a traditional dashboard, the M-Byte concept – which Kirchert said represents around 80% of the production version – has a 49-inch touchscreen, as well as touchscreens on the steering wheel and the backs of the front seats. The M-Byte also has individually-adjustable seats, gesture control features, and onboard Wi-Fi. While Byton hasn’t released interior renderings for the K-Byte concept, Kirchert said its interior “will follow the logic” of the M-Byte’s.

“The driver should not be tempted being in the car to take out his smartphone again,” he said.

The company’s emphasis on interior comfort over performance derives, in part, from its assumption that autonomous driving technology will become available to consumers in the next few years.Kirchert said Byton will sell vehicles with Level 4 autonomy – which means the car can handle all driving functions in certain scenarios – by the end of 2020. That’s an ambitious timeline for a startup, as more experienced autonomous driving companies like Alphabet’s Waymo and General Motors’ Cruise plan on introducing Level 4 ride-hailing services this year and next, respectively.

Level 4 autonomy could be more difficult to integrate into consumer vehicles, which will require the technology to function in a variety of locations, than for ride-hailing services, which can restrict autonomous vehicles to a single city. Byton has enlisted Aurora, an autonomous driving startup that is also working with Volkswagen and Hyundai, to help develop self-driving technology for its vehicles.

Byton wants to combine the auto industry and Silicon Valley

But, in the coming years, autonomy will be a secondary challenge for Byton, behind turning its concepts into cars it can make and sell without running out of money. In June, the company closed a $500 million Series B funding round, bringing the company’s total raised capital to over $1 billion. But there’s been no shortage of well-funded electric vehicle startups that have introduced flashy concepts which never reached production. Kirchert said Byton has a few advantages that will help it avoid financial insolvency.

The company will use the same platform for each of its three upcoming vehicles to simplify the production process and make it easier to scale. And the company hopes to create a culture that mixes the manufacturing competence of major automakers with the tech industry’s innovative thinking. To do so, the company has built an executive team with experience at established auto companies like BMW and Ford and located its North American headquarters in Silicon Valley.

“We are not a traditional OEM, neither are we a pure internet company. We’re creating something completely new. We’re integrating these two worlds,” Kirchert said.