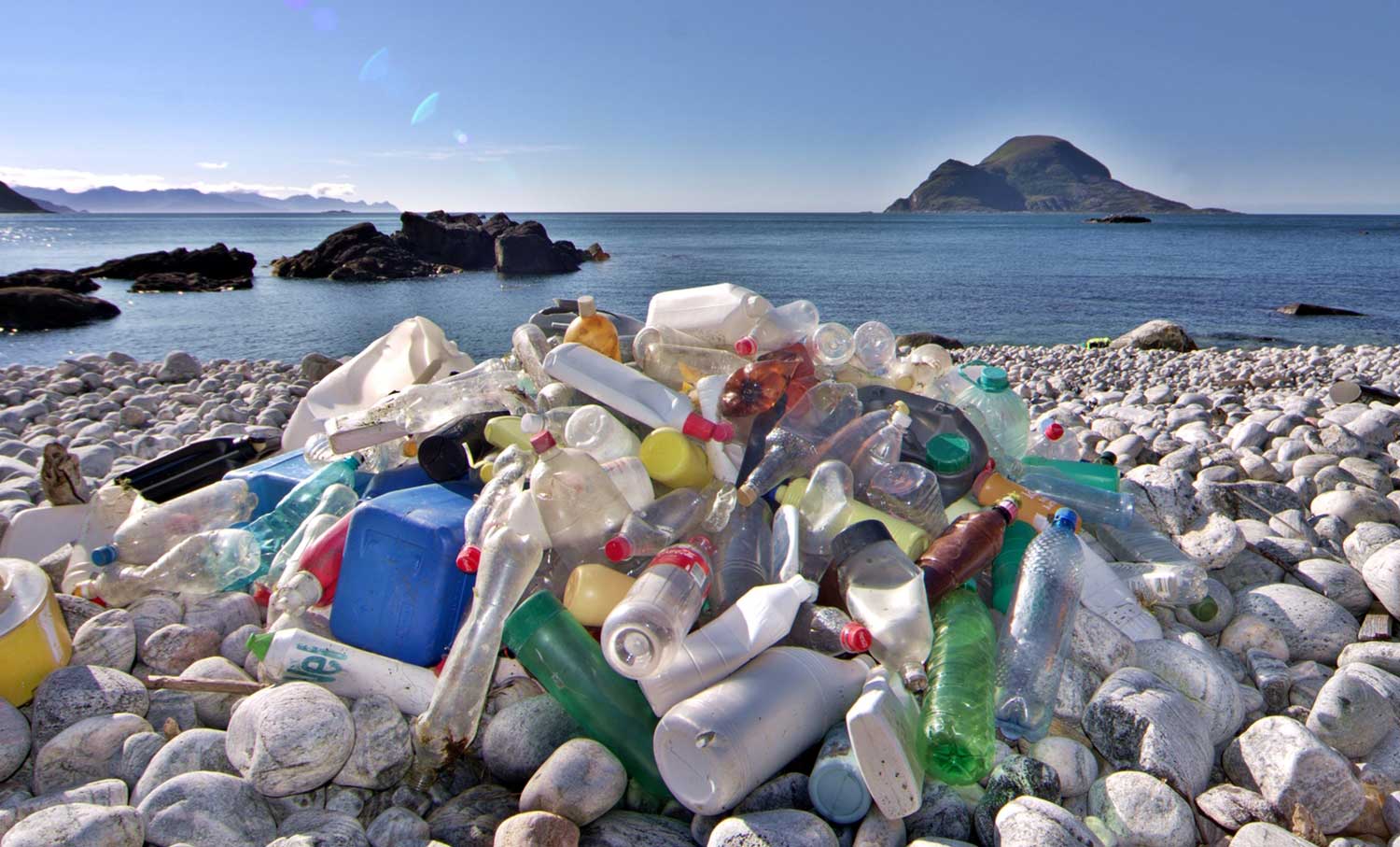 Through a new pledge organized by the Ellen MacArthur Foundation, PepsiCo, Unilever, H&M, and more will team up with governments to boost recycling and end the flow of plastic into oceans.

In the Great Pacific Garbage Patch, the massive Ocean Cleanup device is currently beginning its first attempt to fish plastic trash out of the sea. It’s a difficult challenge, but the systemic challenge is significantly larger: Every minute, the equivalent of another garbage truckload of plastic enters the water globally. The world’s use of plastic only increases every year.

Today, dozens of the world’s largest companies–representing about 20% of all plastic packaging produced in the world, some of which ends up in the ocean–joined a new commitment that aims to create a truly circular economy for plastic.

“We’ve been working with many of these organizations from the beginning, and they know it’s not okay to produce plastic packaging that ends up leaking out of the system,” says Ellen MacArthur, founder of the Ellen MacArthur Foundation, which led the new commitment. “It’s not the future. It’s not the solution long-term. What began as a result of the Industrial Revolution is now seriously out of control, and we need to reset the parameters and work out what success looks like for that industry.”

The foundation began studying the issue of plastic pollution four years ago, calculating how much plastic is collected for recycling globally, how much is downcycled to a lower quality material, how much is incinerated or sent to landfill, and how much escapes into nature. Thirty-two percent ends up “leaking.”

“We don’t know where it goes,” she says. “It’s just lost. It disappears, presumably, in the environment in streams and rivers, and then ultimately in the ocean.” The organization calculated that by 2050, there could be more plastic in the ocean, by weight, than fish.

Armed with these statistics, the foundation sat down with leaders in the industry. Rather than looking at specific innovations that might help, they looked at the entire problem. “We tried to take a step back and say, What does the big picture look like?” says MacArthur. “If you stand back and look at the plastics packaging industry in 10, 20 years’ time, where do we actually want it to be? What could be successful?”

Two hundred and fifty organizations, including PepsiCo, Coca-Cola, Unilever, Colgate, SC Johnson, and H&M, signed on to the new commitment, which sets out a vision with multiple steps. Companies are committing to eliminate plastic when it’s problematic or unnecessary, and to shift to reusable packaging in some cases. By 2025, they plan to make all plastic packaging either reusable, recyclable, or compostable. Every year, they’ll put out public reports on progress.

The commitment also includes governments, which need to put policies in place to make sure that plastic that is “recyclable” actually gets recycled, and to build the infrastructure that’s needed. Companies that manufacture packaging will need to shift away from virgin plastic to recycled and renewable material, and use renewable energy to produce it. Collection and recycling companies are also part of the coalition.

Changing behavior is a large part of the challenge–even packages that are easily recyclable, such as soda bottles, often end up in the trash. But MacArthur argues that making all packaging recyclable will help, so people aren’t confused about what can go in a recycling bin. “The place we’re trying to shift toward is systemic change to make all plastic have value,” she says. “So every piece of plastic that comes into your home can go straight in [the recycling bin] because it has value. It simplifies the system hugely. And it’s a much clearer message for consumers.”

The industry will also have to design products that still appeal to consumers as the amount of plastic shrinks, says Fisk Johnson, CEO of SC Johnson. The company has tested selling refills that customers can add to Windex bottles along with water–one way to reduce the overall number of bottles–but customers have preferred buying new bottles. Brands also have to deal with challenges as they incorporate new materials. Windex bottles, he says, are already made from 100% post-consumer recycled plastic, but in packaging for other products that uses another type of plastic, it can be difficult to work with recycled materials. They also have to work with cities to push up dismal recycling rates. In Indonesia, SC Johnson is opening eight new recycling centers, along with the organization Plastic Bank, that will pay local waste collectors to clean up beaches and waterways. The company will recycle the plastic into new packaging.

The company needs to make these changes, Johnson says. “If you look at our company and everything we do, the amount of plastic that goes into the waste stream, whether it’s in the landfill or somewhere else, I would argue is our single biggest environmental issue. And it’s critical that we solve it.”

It’s not new for companies and governments to work on the issue of plastic trash. But the difference now, MacArthur argues, is that they’re working together in a more cohesive way. “These organizations are sitting in the same room–that’s some of the biggest competitors in the world in that industry saying, Where do we innovate so we change the system?” she says. “Even some of the biggest brands in the world cannot solve this on their own. They have been trying to, and they have not been able to. You can’t solve a systemic change on your own. You need to change the system.”