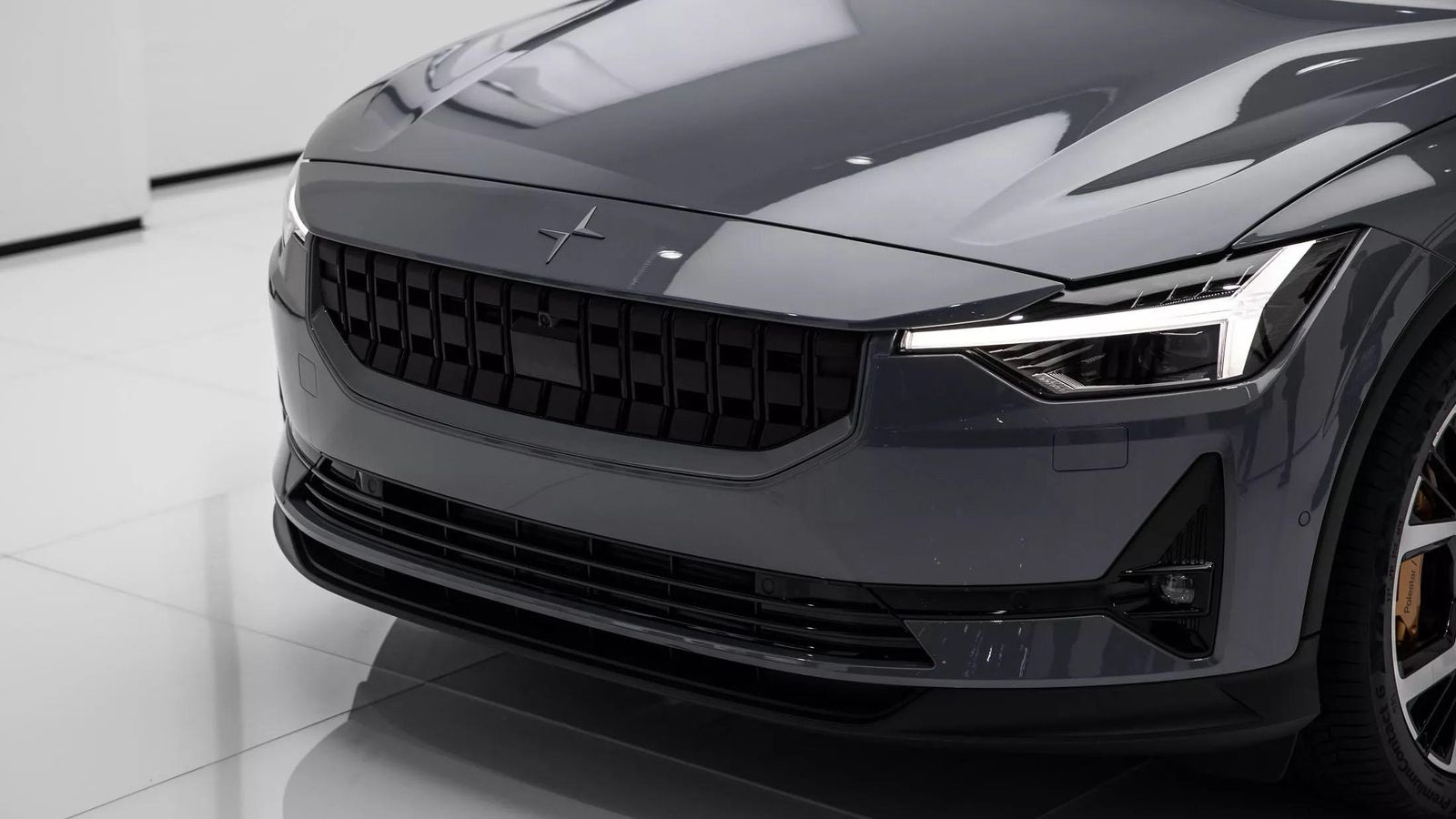 Polestar, Volvo’s electrified-performance spinoff, will soon launch a beautifully styled, 600-horsepower plug-in hybrid coupe. But as far as I’m concerned, that’s just one hell of an amuse-bouche. This 2021 Polestar 2, on the other hand, is the all-important main course, the model charged with taking on the Tesla Model 3.

Making its public debut at the Geneva Motor Show, the Polestar 2 is the brand’s first mass-production offering, and its first fully electric vehicle. Starting with the 2, every Polestar product will use purely electric power.

The Polestar 2 rides on the Volvo Car Group’s Compact Modular Architecture (CMA) platform — the same bones that underpin XC40 crossover. A 27-module battery pack is integrated into the floor, and total battery capacity is 78 kilowatt hours.

The 78kWh battery powers a pair of electric motors, one mounted at each axle, delivering a total of 408 horsepower and 487 pound-feet of torque. Polestar says this dual-motor setup allows the 2 to accelerate to 62 miles per hour in less than 5 seconds.

Official range numbers aren’t available just yet, but Polestar says it’s targeting 275 miles under US-specific EPA testing. (Under the European WLTP and Chinese NEDC test cycles, Polestar is estimating a range of 500 kilometers, or about 310 miles.) That puts the Polestar 2 just behind the dual-motor Tesla Model 3, which has an EPA-estimated range of 310 miles.

If you’re curious to know how the 2021 Polestar 2 stacks up against an admittedly wide-ranging competitive set including the Tesla Model 3, Jaguar I-Pace and Mercedes-Benz EQC, here’s what we know.

As for replenishing the battery, specific details aren’t available just yet, but Polestar says the 2 will take “a smart, convenient and extensive approach” to charging. “Polestar is setting up strategic collaborations to give Polestar 2 owners easy and hassle-free access to the world’s largest public charging networks,” the company said in a statement.

Polestar will offer an optional performance package, but one that’s focused more on handling than straight-line performance. Öhlins dampers and Brembo brakes will add a bit of poise to the 2’s on-road manners, as will specific 20-inch wheels wrapped in lower-profile tires. Performance models will be set apart with gold seatbelts, brake calipers and valve caps.

Aesthetically, the Polestar 2 takes a lot of cues from Volvo’s 40.2 concept that debuted in 2016. The four-door uses a liftback design for better access to the cargo area, and with its somewhat high-riding stance, has almost a Volvo S60 Cross Country vibe to it. Neat exterior details include Pixel LED headlights (that won’t come to the US or Canada due to legislation restrictions, sadly) and frameless side mirrors. You can’t see it in any photos, but the company says an illuminated Polestar logo is reflected onto the car’s panoramic glass roof, as well.

Inside, the 2 looks like exactly what you’d expect from a Volvo-created product. Clean surfaces and great attention to detail result in a cabin that’s both modern and luxurious. For folks turned off by the button-free, everything-on-the-center-screen design of the Tesla Model 3, this could certainly be more appealing.

The cabin materials look like sumptuous leathers, but aren’t. “We have designed a standard vegan interior with progressive textiles,” Polestar’s head of design, Maximilian Missoni, said in a statement.

The Polestar 2 will be the first vehicle to use Volvo Cars’ new Google Android-based infotainment system, housed on an 11-inch, vertically oriented display (that sort of looks like someone left an iPad leaning up against the dash). More details about this infotainment system will be available in the near future, but for now, Polestar says this software will bring Google Assistant compatibility with natural voice control, as well as Google Play apps.

Polestar 2 production officially kicks off in early 2020, with both left- and right-hand-drive vehicles being produced in China. For the first year of production, Polestar will offer the Launch Edition only, priced at $63,000 (or $55,500 with the current federal tax incentive). The non-Launch Edition will follow shortly thereafter, priced at $55,000 (or $47,500 with the tax credit). An even less-expensive, single-motor option will arrive later, and Polestar says pricing for that model is still being decided.

Polestar will only sell the 2 via online order, or through its soon-to-be-launched subscription service, similar to Care by Volvo. Preordering is open now, at Polestar.com.