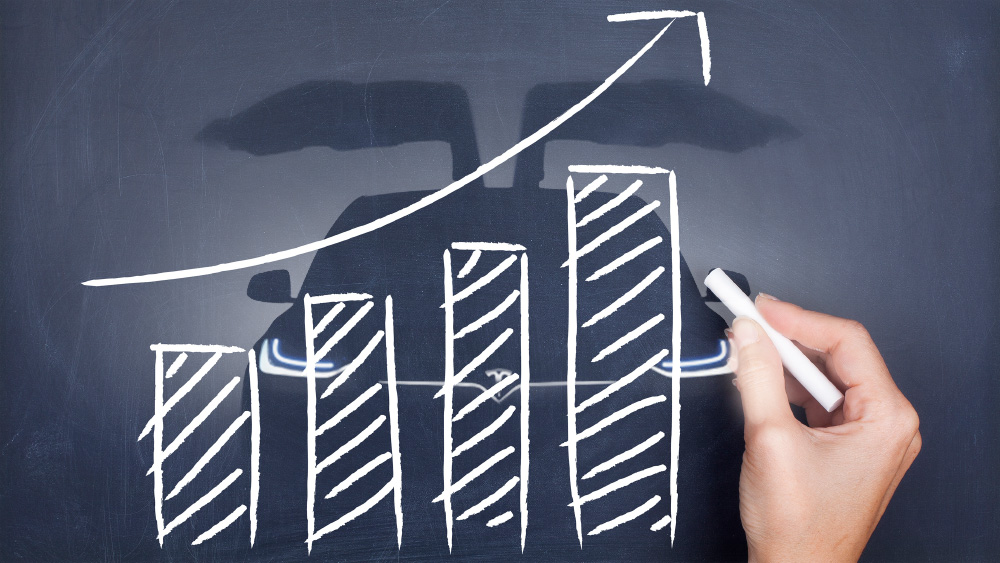 Electric vehicle sales were up more than 25 percent compared to 2016.

The good people over at Inside EVs have done their tabulating, and the numbers are in: in 2017, very nearly 200,000 electric vehicles were sold in the US. The actual number they calculate—199,826—is a significant increase on 2016, itself a banner year for EVs when 158,614 found homes. What’s even more impressive is that overall new car sales were actually down year-on-year for the first time since 2009. Still, to keep things in context, more than 17 million new cars were sold in 2017. So electrics have a long way to go.

As expected, Tesla remains at the head of the pack. The Model S, now in its fifth year of sales, remains the nation’s best-selling EV with 27,060 sold, no mean feat for a vehicle that starts at $74,500. And the Model X SUV had a good year, too, finding more than 21,000 buyers to become the third-best-selling EV.

Despite this, Tesla garnered plenty of lukewarm press on Wednesday as it revealed that Model 3 production will remain far lower than Elon Musk had been promising for at least the next quarter. Musk had set a target of 5,000 Model 3s per week by the end of 2017, a figure he now says won’t happen until Q2 2018 at the earliest.

Chevrolet’s Bolt EV was a strong second. The Bolt notched up just over 23,000 sales in 2017, a strong performance considering it only went on sale in all 50 states halfway through the year. It’s the only non-Tesla BEV to break the 200-mile range barrier, doing so at a much more affordable price than the Model S or Model X (or even the heavily specced Model 3s that are starting to roll out of Tesla’s factory).

When Bolt EV and Volt sales are combined, that puts GM in a clear second place overall. (Inside EVs, like the IRS, counts both battery EVs and plug-in hybrid EVs together.) But the Volt is selling many fewer units than compared to the same period in 2016, no doubt as a result of its purely electric BEV stablemate. It was just beaten to fourth place by Toyota’s Prius Prime, which sold just under 21,000 in 2017.

2017 was not a great year for the world’s best-selling BEV, the Nissan Leaf. But there’s a reason for that—it was the last year for the old model, which has just been replaced by a cheaper, better, longer-range Leaf. Sadly for Nissan USA, the company wasn’t able to get the 2018 Leaf on sale here in time. Inventory of the older model dried up in the fourth quarter.

No other BEV or PHEV was able to sell more than 10,000 units here in 2017. The best of these was Ford’s Fusion Energi, and both BMW and Chrysler have been posting some good numbers with their 530e and Pacifica Hybrid PHEVs during the last few months.

Meanwhile, at the far opposite end of the chart, let’s have a moment of silence for the Mitsubishi i-MiEV. Just six found buyers in 2017, the last of which sold in August. I reviewed the i-MiEV back in 2012, a rather underwhelming experience that left me recommending the Volt as a better green car at the time. Five years on, there was no way the little electric kei car could compete.

Looking forward, we have every reason to think 2018 will see another year of EV growth in the US. Despite fears it would be abolished, the IRS tax credit remains on the books for another year, something that’s still necessary to spur adoption of alternative energy vehicles as they remain more expensive than conventionally powered cars, even if the total costs of ownership are lower.

But—barring some unforeseen disaster like an explosion at the Gigafactory—Tesla will almost certainly break the 200,000 cumulative sales barrier in 2018. GM won’t be far behind, as it is planning a raft of new BEVs based on the Bolt EV platform, although these probably won’t arrive in big enough numbers to break the 200,000 barrier until 2019. Once a manufacturer reaches the magic 200,000 mark, the IRS credit for its cars will halve for the next two quarters, then halve again for another two quarters, before disappearing altogether.