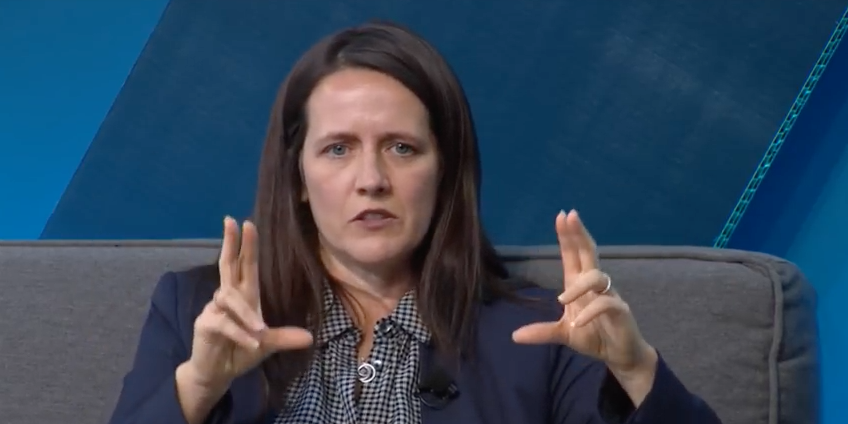 When it comes to Alexa, Amazon is treating its rivals in a surprising way: with open arms

Smart assistants haven’t yet replaced smartphone apps as the primary way we interact with computers, but Amazon is already preparing for what might happen if they do.

The company’s Echo devices, which are powered by Amazon’s Alexa assistant, are early leaders in the smart-speaker category. Thanks to their success and Amazon’s decision to license Alexa widely for use in other companies’ devices, the e-commerce giant has positioned itself to have a preeminent role in speech-based computing.

If the trends continue — and voice becomes the dominant way we interact with our devices — Alexa could become the primary way we search, shop, and consume media online. That would place Amazon in an immensely powerful position — one that would come with significant responsibilities to governments, consumers, and competitors. Fortunately, Amazon already seems to be thinking through the implications.

During IGNITION on Thursday, I interviewed Toni Reid, Amazon’s vice president in charge of its Alexa and Echo businesses. Reid said Amazon’s goal is to keep Alexa as open as possible to a broad range of users and uses.

For example, Sonos recently released its own smart speaker. Not only does it compete with Amazon’s Echo devices, but Sonos plans to allow owners to use Google Assistant, one of Alexa’s biggest rivals, as a voice assistant on the device.

Despite that, Amazon allowed Sonos to build Alexa into the device. In fact, if you buy it right now, that’s the only voice assistant you can use.

“Our vision is for Alexa to be everywhere customers want her to be,” Reid told me. “That will end up in places where we will never build those devices … For us it’s important that the Alexa voice service itself has that distribution.”

Even shopping is open

But Amazon’s openness with regard to Alexa extends far beyond licensing the technology to other electronics makers and into its core e-commerce business.

You might think that when you ask Alexa to buy something, it would choose Amazon-branded products by default, assuming they were available. But that’s not the case, according to Reid.

Instead, when figuring out which products to purchase on your behalf, Alexa uses a similar algorithm to the one Amazon uses on its website when you search for a product. That algorithm generally favors best-sellers and products you’ve ordered before. So when you ask Alexa to purchase paper towels, say, it will generally pick the brand you ordered last or the best-selling brand, regardless of whether that happens to be Amazon’s.

The company’s open approach to shopping with Alexa goes beyond searches on its own web store. Amazon is allowing other retailers to build shopping apps, or skills, for Alexa too. There’s nothing stopping Walmart, one of Amazon’s biggest retail rivals, from creating an Alexa skill that would allow you to shop its ecommerce site. Best Buy — another Amazon rival — already made one for its store.

“For us it’s important to bring customers choice and selection with the services we offer,” Reid said.

Amazon’s openness with Alexa is particularly evident when it comes to music, the most popular use for its smart speakers. You’re free to use whichever music service you want and set any of them up to be the default service on Alexa. Spotify, Pandora, and others all work just as well as Amazon’s own Prime music service.

Amazon likely isn’t being altruistic, and its openness has some limits.

The company’s commitment to openness with Alexa likely isn’t completely altruistic. Amazon is already the leading consumer e-commerce company, and its Amazon Web Services dominates the cloud computing market. Should it come to dominate voice-based computing while shutting out rivals, it could invite the same kind of lawsuits and regulatory scrutiny that Google has faced amid charges the search giant tends to favor its own sites and services over others in its search results.

Even so, Amazon’s openness has some limits. Most notably, the company’s own web store remains the default shopping service on Alexa.

I’d be shocked if that changed, even if more retailers build skills for the platform. Amazon’s main business is retail after all, and it almost certainly doesn’t want to undermine that.

But it’s quite possible Amazon will go farther than that and try to make money off of Alexa, potentially by taking cuts of revenue generated from Alexa skills, including those from its retail rivals. It could also try to boost its Echo business by limiting the features available through Alexa when it runs on other manufacturers’ devices.

But for now, Amazon seems to be taking the right — and responsible — steps to ensure Alexa remains both thriving and open.