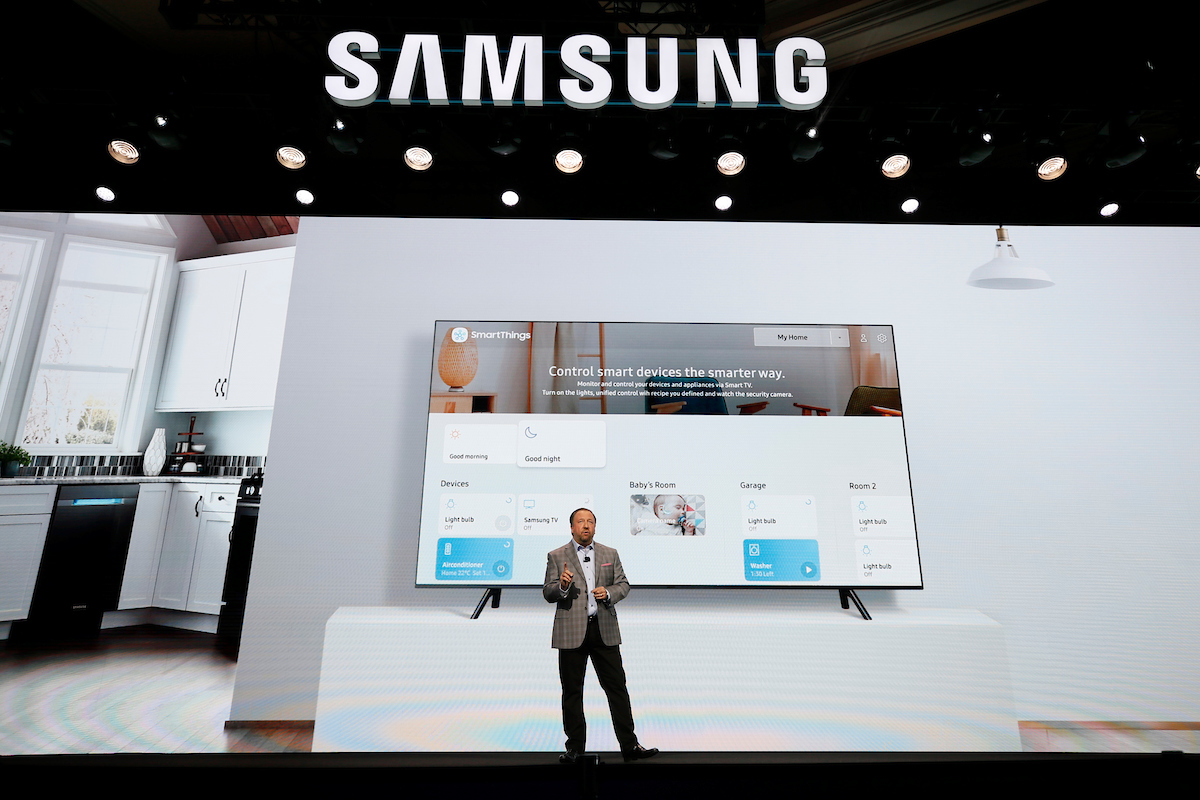 TVs want to be the center of your smart home, but does that really make sense?

It’s certainly exciting to wander the CES show floor, eyes peeled for crazy new technologies that you couldn’t possibly have imagined. What’s more exciting, though — at least for us — are the technologies that aren’t wild concept cars or giant race-ready robots, but products and innovations primed to make an impact on our lives in the here and now.

For years, the dream of a fully realized “smart home” has pervaded CES exhibitions. Everything can be controlled by voice now, and the idea is that connecting every appliance in your house to a single network will make life simpler, allowing you more time to spend doing things you love. At least, that’s the tagline.

Interestingly, televisions have largely eluded the smart home bubble — not that they aren’t “smart” (they have been for years). But in a sea of Alexa-enabled mirrors, voice-controlled windows, and smart smoke detectors with built-in speakers, little attention has been paid to the potential role of the TV in a smart home — until now. This year, big names like Samsung, LG, and Hisense have added digital assistants to their TV lineups in hopes that you’ll buy one and run your smart home through it. Is that feasible, though?

Well, yes. Samsung has laid out the most convincing plan to date, announcing at its opening press conference that 40 different Internet of Things (IoT) apps (including Samsung Connect, Smart Home, and Smart View) will all be rolled into one: the SmartThings app. If you’re in possession of a compatible device — and the odds are good, as more than a million homes qualify — using it in tandem with other supported devices should be far less complex in the future.

Typically, all smart control (except voice commands, of course) runs through your smartphone, but Samsung is looking to change that by adding Bixby and the SmartThings app to all of its TVs. In practice, this means you now have a big display instead of a small display to do things like checking security camera feeds or viewing the inside of your Family Hub refrigerator — and you can control it all via voice commands.

While those benefits might seem mundane on the surface, the real potential here lies in the ability to trigger sequences of events — Amazon calls these “routines” — via a single command. For example, you might press the voice button on your remote, say “Bixby, I’m ready for bed,” and it’ll automatically lock your doors, activate your security system, and turn off the lights in the house. Command strings like this can actually save quite a bit of time, especially if you’re versed in task automation like IFTTT.

There’s no doubt that a connected smart TV affords more convenience, but at what point does convenience become a burden rather than a boon? At the risk of sounding hyperbolic, each new device and app that empowers us to control our house from our couch is a step toward the tube-fed, chair-bound future presented in the movie Wall-E. It’s great to have more time to do what you love, but you can’t automate exercise or proper nutrition (yet!).

Moreover, Samsung (and everyone else, for that matter) has yet to provide much incentive to use your TV for these tasks as opposed to your phone, your smart speaker, or even your connected fridge. Now more than ever, kitchens function as the primary gathering space in homes; that’s why refrigerators with built-in TVs are all the rage. Why would you shell out hundreds or thousands of dollars on a shiny new television just so it can do the same stuff your other devices already do? And while TV manufacturers would love to play up the nostalgia of the TV as a gathering place where families came together to watch their favorite shows, we’re living in a multiscreen, phone-and-tablet reality where viewing is never limited to a single display.

To be fair, if you’re already in the market for a new TV and you’ve got some smart appliances at home, buying a TV that works with those appliances makes sense. And perhaps our misgivings are representative of an outdated philosophy — the post-millennial generation has grown up with these technologies, and maybe they can leverage the extra free time in productive ways. If you’re a Comcast Xfinity customer, the company’s recent push into smart automation — all its gateways will function as smart hubs going forward — could offer motivation enough to update your IoT library, and if other ISPs follow suit, getting connected will be easier than ever. Still, having smart devices that are connected via a Comcast gateway doesn’t mean you have to use the TV as the primary access point. And the more devices you need to manage, the less convenient it’ll be to try controlling them all with a TV remote.

We’re not there yet

No matter how you slice it, it’s too early to draw conclusions. Bringing smart home tech together under a single, connected app is a no-brainer; wouldn’t you be happy if you could warm up your car via voice commands on a cold morning before stepping foot outside of the house? We would. But you don’t need to do that through your TV, which is true for most smart home solutions.

If Samsung — or LG, or Comcast, or any other company — can come up with a reason why you’d need a TV for these tasks rather than a smartphone (or tablet, or Echo Show, or whatever), count us in. But we’re not there yet.