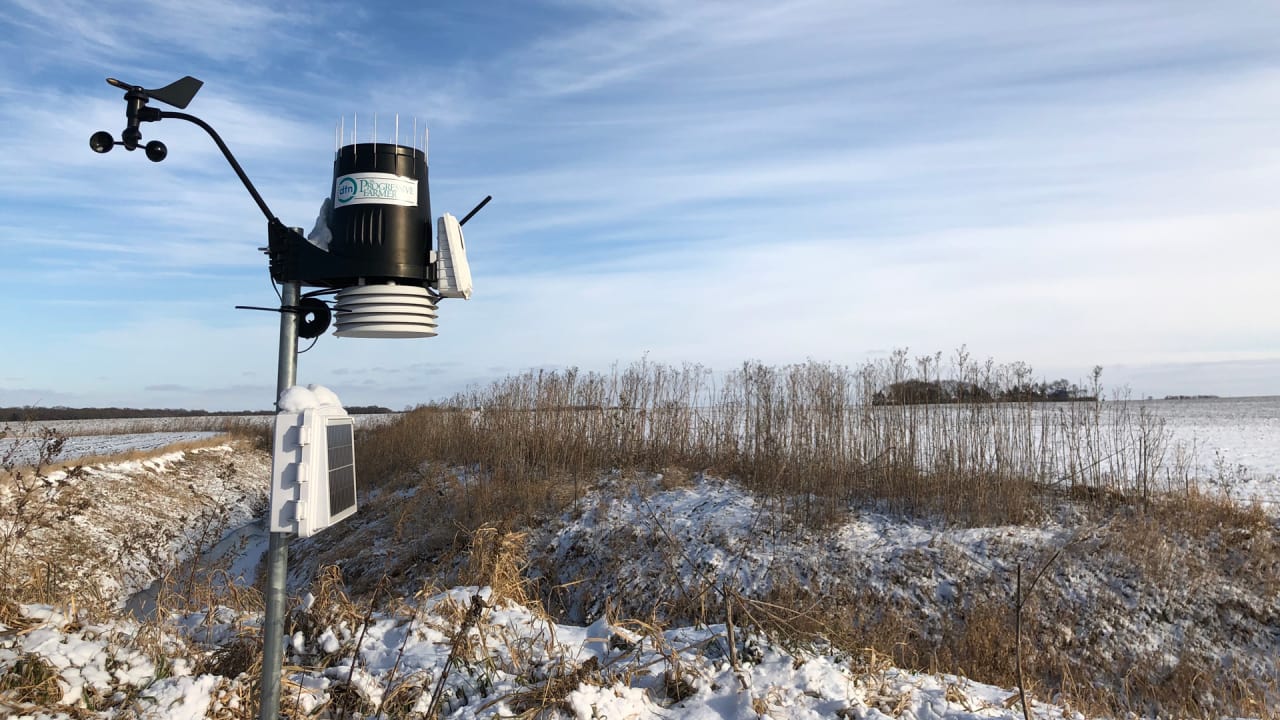 To save agriculture from climate change, we need better weather forecasting

Tiny monitoring stations that alert farmers to every change in conditions on their farms could help them better understand the extreme weather shifts that are becoming more common due to climate change.

For farmers, increasing weather volatility due to climate change is a source of serious concern. Across the world, shifting weather patterns and extreme conditions like drought and heavy rainfall have resulted in inconsistent yields, which in turn is already leading to spikes in hunger across the globe. And because unpredictability is at the very heart of these shifts, farmers have to prepare by either adjust their practices or move to protect their crops.

The Minnesota-based agricultural analytics company DTN, though, wants to make even the most extreme weather more predicable and manageable for farmers. Through a new partnership with the government of Kazakhstan–a country in which more than 18% of the population makes their living through agriculture–DTN will deploy over 3,000 hyperlocal weather monitoring stations across the rural parts of the country.

Previously farmers had to rely on unspecific and often out-of-date national data to predict weather patterns over their crops. Now, says DTN chief science officer and acting CEO Ron Sznaider, they’ll be able to access current, site-specific data. Each sensor covers only five kilometers, and collects accurate data on rainfall, temperature, wind strength and direction, and soil conditions every 15 minutes. In addition to delivering up-to-date weather predictions, DTN will also analyze the data over time to determine patterns and trends. This will help farmers better manage their crops. The technology, broadly applied, could work to stabilize the agriculture industry, which, Sznaider says, will have to ramp up production by 70% by 2050 to meet growing population demands.

While large-scale agricultural work happens in rural parts of the world, “most weather observations are taken in metropolitan areas, or at airports,” Sznaider says. “We don’t have great weather records for where we’re growing our food.”

Kazakhstan wants to increase food production and exports 40% by 2020, and has also already begun an effort to digitize its agricultural sector: This year, the government launched an online information portal for farmers, which over 100,000 people regularly check. That, Sznaider says, made launching the Climate Smart Initiative in Kazakhstan very simple–the data that the DTN sensors collect can flow directly into the portal, where farmers can read updates in real time. The Kazakhstan government is also providing the majority of the funding for the program, Sznaider says, because access to this type of data “will likely create a substantial return on investment.”

While the partnership with Kazakhstan is the first countrywide effort that DTN has participated in so far, the company began testing the technology in the Midwestern part of the U.S. in 2012. “We were able to develop a system that collects data from the sensors every 15 minutes, every few kilometers,” Sznaider says. “Factors like temperature, humidity, and wind speed, interestingly, often predict crop diseases or pest outbreaks,” he adds, and the data from sensors has helped farmers in the Midwest proactively treat those conditions, and develop custom field management strategies before the onset of disease outbreaks or extreme weather. The sophisticated wind sensors also help farmers target when to spray their crops. A mistimed chemical spray can drift off-site into the surrounding environment, which is something farmers are trying to minimize. The approximately 5,500 sensors have boosted yields and helped farmers save money.

In Kazakhstan, DTN has already installed around 15 stations as a “proof of concept” for the Climate Smart Initiative. “We want to make sure communication and operations are up and running,” Sznaider says. DTN is also in the process of figuring out how to most effectively analyze data from the weather so it’s useful to farmers–they’re working on creating hyperlocal weather forecasts, along with recommendations for farmers in the areas around the stations, that farmers can access through the centralized agriculture information portal. “We really like the public-private partnership aspect of this–governments collaborating with the private sector is part of the UN Sustainable Development Goals, and we’re excited to show how this can work,” Sznaider says. Once that’s locked down, DTN will begin building more stations over the next few months, eventually getting up to 3,000.

While building out the Kazakhstan network is the priority for now, DTN has also deployed a handful of sensors in other agriculture-heavy countries like Russia and Iraq, and will eventually work to scale up climate monitoring there. “We absolutely see this approach scaling up over time, and in different geographies,” Sznaider says. While farming practices may adapt and change as the effects of climate change become even more urgent, the need to understand the weather is a constant, and the Climate Smart Initiative is one way to equip farmers to better withstand extreme shifts.