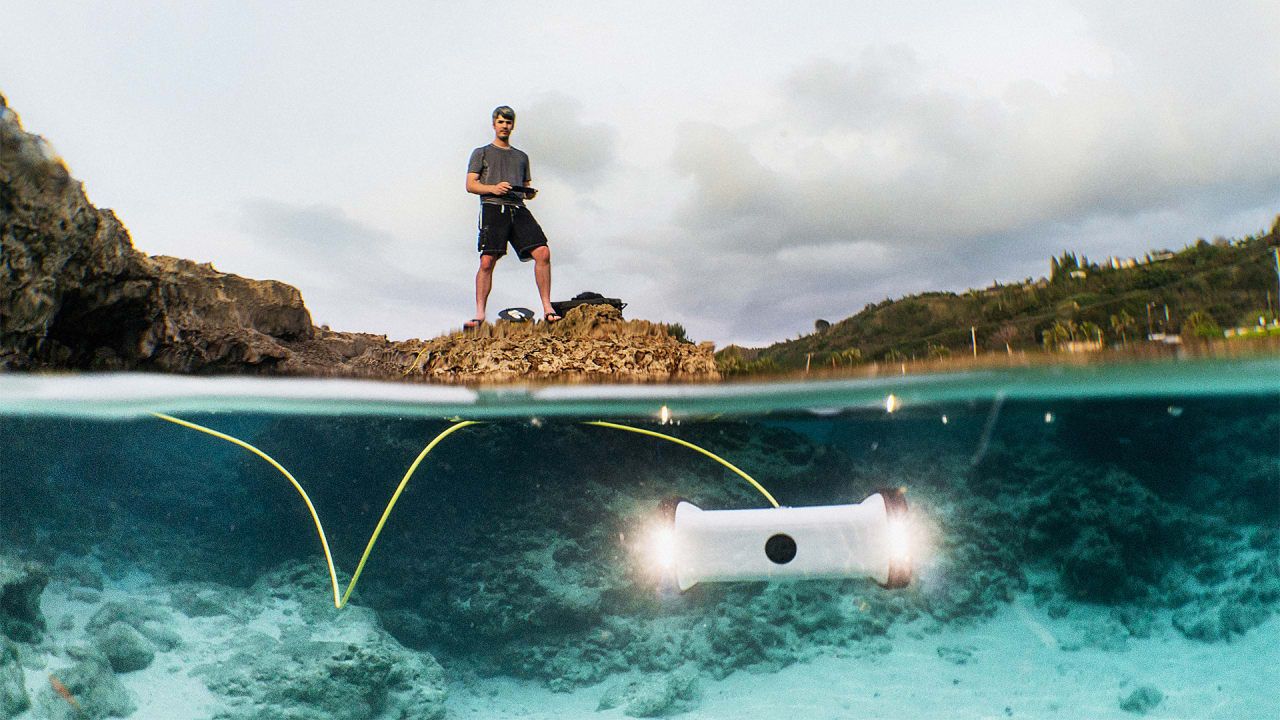 OpenROV’s cheap robots help people explore their local waterways, and National Geographic is helping get them to more people so they can map their discoveries.

Since David Lang cofounded OpenROV, a low-cost underwater drone company, in 2012, thousands of citizen scientists and explorers have used the bots to explore things like starfish deaths in the Pacific Northwest, or where along the coast of Mexico Nassau grouper tended to spawn. That information launched bigger efforts to study, document, and ultimately try to protect those species and the places they live.

National Geographic liked idea so much they’re expanding it. Earlier this month, the company, in partnership with OpenROV and James Cameron’s Avatar Alliance Foundation announced the launch of the Science Exploration Education Initiative to donate 1,000 Trident drones to nonprofits, schools, and activists interested in documenting their adventures on Open Explorer, an online field journal that Lang also helped design. Open Explorer publicly maps where each project is located and lets groups post updates about observations there.

Trident drones can dive 100 meters deep while streaming video. The $1,5000 devices are typically piloted through a video game-style controller designed to fit around an Android tablet. “We have always been idealists in wanting to use technology to really help connect people to the natural world,” says Lang, who considers the ocean a place that most people don’t really understand or even know how to engage with. “[We’re] doing that not with a lecture on what’s important, but by giving people the thrill of exploration,” he adds.

Lang and his friend Eric Stackpole built OpenROV’s first prototypes in a garage and raised money through Kickstarter: 1,800 people contributed nearly $1 million. The duo set up Open Explorer in 2014 after another crucial insight: Along with opening access to a new frontier, they felt obligated to help guide how their new tools might be best used. “The robots are key to getting people to find these places, but the other part of it was giving people a place to tell these stories of adventure and exploration and citizen science,” he says.

Lang gave a TEDx talk in Berkeley, California, to coincide with SEE’s launch. In it, he pointed out that oceanic conservation efforts are nearly 100 years behind the land-based ones that led to the creation of national parks. But remote exploration tools that highlight challenges of starfish and grouper (among many other things) can certainly make a good case for acting more quickly now.

SEE’s philanthropic angle makes underwater drones affordable and accessible to everyone. That aligns with an ideal that Lang coined and is trying to popularize called “New Deal Philanthropy.” As he explains in a recent post on Medium: “New Deal Philanthropy isn’t about creating more government programs, a new social safety net, or adding regulation. It’s about being more ambitious with regards to creating meaningful work for everyone.” Such work can be accomplished through “foundations and companies using technology-based platforms to amplify the important work being done by individuals and communities.”

Other backers of the project include Rolex, the Gordon & Betty Moore Foundation, and OceanX. But National Geographic is already thinking bigger. Earlier this year, it acquired Open Explorer for an undisclosed sum. It’s since deepened the platform’s content across many more terrains–categories include air, land, sea, urban, and backyard missions (along with historical feats featuring archived photos and videos). People interested in applying for the initiative should visit SEE’s homepage, sign up to start an expedition, and then share more about how they’ll use the Trident. Several dozen groups have already received robots and are chronicling their efforts.

“It’s fine to buy a robot and to have a robot, but what we’re really trying to do is give people the tools to make their life more interesting,” Lang says. “We’re building tools to empower those people to ask better questions and to get right up to the front lines of discovery.”