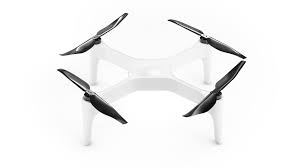 Impossible Aerospace took a “battery-first approach” when designing its US-1 drone.

One startup is reimagining how drones are designed — and how long they can fly.

Impossible Aerospace, which came out of stealth Monday after getting $9.4 million in Series A funding, unveiled the US-1, an electric drone that can fly for up to two hours without needing to be recharged. That’s about four times longer than many other currently available drones, which can go for approximately 25 minutes without a recharge.

The US-1’s design also stands out. The company used a “battery-first approach” when creating the drone, meaning it’s packed with batteries throughout the body, allowing it to fly for so long and compete with gas-fueled systems.

“It’s not so much an aircraft as it is a flying battery, leveraging an energy source that doubles as its primary structure,” Impossible Aerospace CEO Spencer Gore said in a press release. “This is how electric aircraft must be built if they are to compete with conventional designs and displace petroleum fuels in aviation.”

The team of engineers behind the US-1 includes motor and battery experts from companies like Tesla and SpaceX, according to the release.

Impossible Aerospace has started selling its first units of US-1, which are equipped with optical and thermal sensors, to firefighters, police departments and search and rescue teams around the US.

The drone will be available for delivery later this year, and will be sold online.