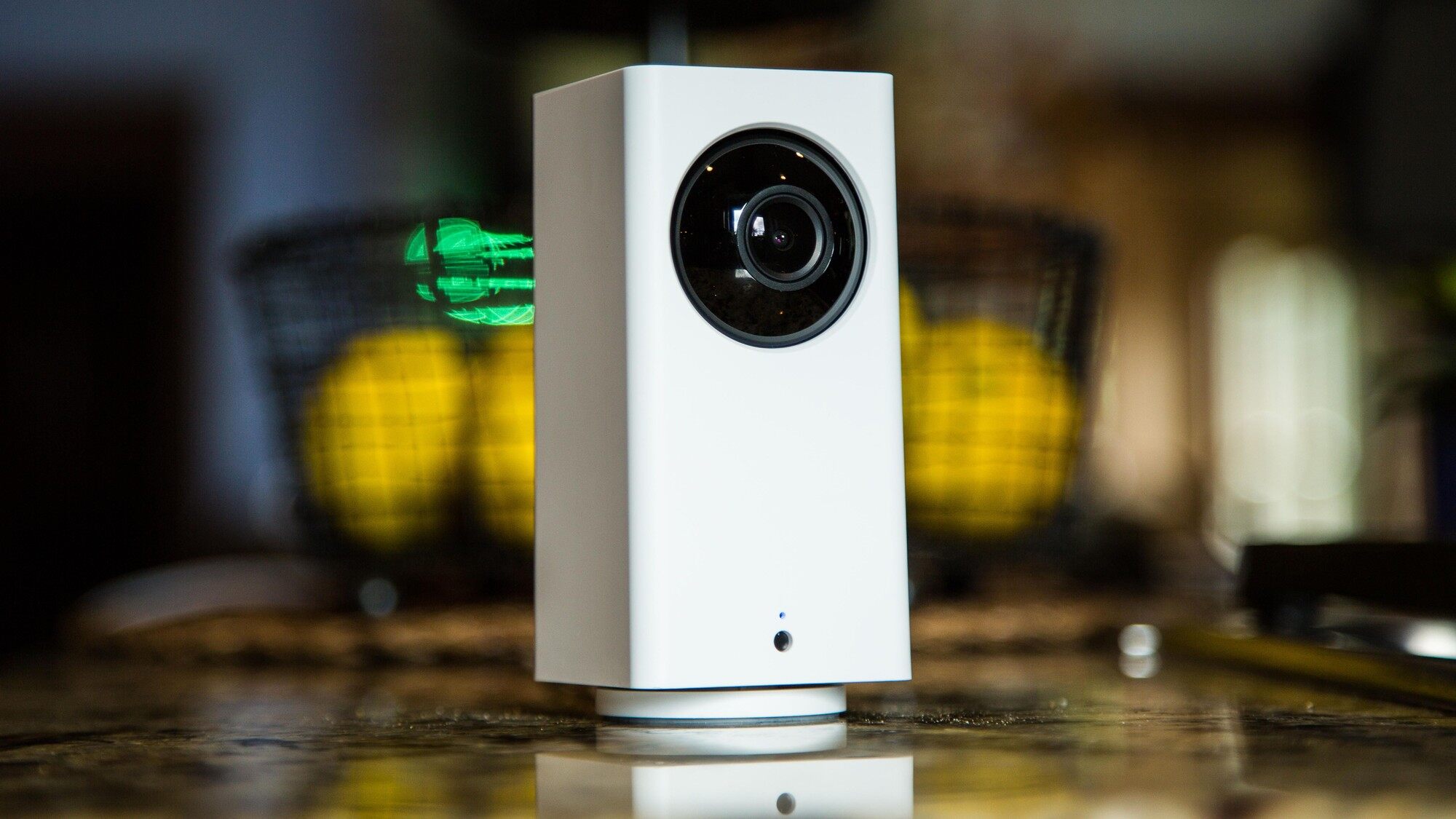 The era of the $200 security camera is over. This $20 alternative is impressive

Commentary: By using all of Wyze’s products, you could potentially save over $1,000 for a full smart-home setup.

When I started writing about the smart home in 2013, influential startup Dropcam, purchased by Google’s Nest in 2014, set the industry prices for DIY security cameras. The Dropcam Pro, an HD camera with an intuitive app and solid performance and predecessor to the Nest Cam Indoor, cost $199.

Dropcam cameras weren’t the first to offer impressive features. The Samsung SmartCam HD Pro and the Arlo Q have similar capabilities, but Dropcam was among the first to package all of those things in a way that felt approachable to consumers. Its products helped define the contemporary concept of DIY home security technology, and video camera technology in particular.

But that era is over.

Companies like Wyze, Yi and Tend Secure are contributing to a burgeoning trend of cheap cameras (and other smart-home devices) with the same functionality as those $199 cameras — just for much, much less money.

The Seattle-based Wyze is a particularly good example of what is working well, with its lineup of uber-affordable, high-performance security cameras, bulbs, smart plugs and sensors.

I’m not prepared to say you should never buy a pricier camera (or other device), but Wyze and its peers make a strong case for spending less on your smart home. And I’m pretty sure this is just the beginning.

How much does a Wyze smart home cost?

My house is around 2,000 square feet, roughly the the average home size in the US, according to the Census Bureau. If I were kitting out my house in cameras, bulbs, plugs and sensors, I’d want two cameras, 30 bulbs, six smart plugs, two door/window sensors and one motion sensor.

With Wyze’s pricing, my total before tax for all of those devices would come to $365 (using the $30 Cam Pan as my camera of choice over the $20 Wyze Cam). Wyze doesn’t charge for cloud video storage, either, so don’t expect any monthly charges to view saved clips.

What would that total look like if I opted for pricier products we’ve tested — and really liked — with similar features? For example, if I bought two $199 Nest Cam Indoor cameras, 30 $20 Lifx Mini White bulbs, six $23 TP-Link Kasa Smart Wi-Fi Plug Mini smart plugs and one $399 Nest Secure system (which includes two door/window/motion sensors), I’d end up spending $1,535 (not including tax). That’s over $1,100 more, and Nest does charge for cloud storage, so expect to pay at least $5 per month if you want those saved clips.

Wyze’s lower prices wouldn’t mean much if its products didn’t hold up to more expensive options. But of the Wyze devices I’ve tested, they do (with a couple caveats I’ll get into later). Here’s what I wrote about the Wyze Cam Pan, my current indoor camera of choice, in my post about the best home security cameras:

It has HD live streaming, motion alerts, a decent app and, best of all, 14 days of free motion-based cloud storage. This Wyze camera also has a built-in microSD card slot if you want to go the local storage route.

It works with Alexa voice commands, too, and has motion detection zones and the ability to listen for and alert you to special frequencies, like smoke alarms.

Wyze added person detection to its security cameras in July, available for free as an optional feature. Basically, Wyze cameras have most, if not all of the things, that many high-end DIY cameras offer — but Wyze offers them for free. Nest charges for cloud storage, motion zones and person alerts via its Nest Aware subscription service; it doesn’t have local storage at all. It also can’t listen for special frequencies, like the Wyze cameras can.

The comparison holds for the Wyze Bulb and the Wyze Plug. You can do roughly the same things as Lifx Mini White bulbs and the TP-Link smart plug, for considerably less money. I can’t directly speak to the performance of the Wyze Contact Sensors and Wyze Motion Sensors, as I haven’t tried them out yet.

Wyze does have limitations. It works with Alexa and Google Assistant, but not Siri via HomeKit. Its app could use a design refresh and that $399 Nest Secure system includes more than a couple of sensors. It also comes with a keypad with a built-in Google Assistant speaker, key fobs and door/window sensors that smartly double as motion sensors.

How exactly does Wyze manage to offer its products at such low prices? Here’s what Wyze’s director of marketing, Scott Wilson, had to say about it:

Our team set out to create a product we wanted for our own homes but couldn’t find: A camera we could use for a variety of use-cases that didn’t break the bank.

While our margins are thin, we sell a high volume of units. In our first 17 months after the launch of our first product, Wyze Cam, we reached 1M users.

Lifx is aware of the dropping prices. “We’ve noticed a range of cheap bulbs hitting the market. It’s enticing for customers. We welcome this kind of competition — [it] helps the industry grow faster, plus [it] forces us to constantly think about how we can create more valuable products and services for customers,” Sam Moore, global marketing director at Lifx, told me via email. He then noted Lifx’s “richer feature set,” “integrations” and other things Lifx believes sets it apart from the its lower priced competition.

TP-Link is familiar with the product landscape as well. “Although there are more affordable options available, consumers are often willing to pay more for features like remote control, scheduling, voice integration, scenes and smart actions, grouping control and soft control (when users can program multi-click functions.) Customers also know that the cheapest option doesn’t always guarantee the best experience and will look to customer reviews, the mobile app design and app ratings when making purchase decisions,” a representative said via email.

Given the fact that many smart-home devices connect via the internet to corporate-owned cloud storage networks, privacy concerns have become a major focus for the entire smart-home category. Amazon and Google have admitted that employees listen to your Alexa and Google Assistant conversations on smart speakers. Other privacy concerns have plagued the brands — from Ring’s growing surveillance network and facial recognition patents to Google’s data collection policies.

These issues aren’t limited to large companies. Hacked security cameras and other smart-home devices dot news headlines, from startups to major brands we’ve all heard of.

You can read Wyze’s full privacy statement, but a key takeaway is that Wyze uses Amazon Web Services for Wyze Cam Pan and Wyze Cam cloud storage. Amazon Web Services, or AWS is a cloud platform. If a remote cloud server isn’t your thing, you can use a microSD card to view saved clips recorded on your Wyze cameras.

The future of the smart home

The tide is shifting for the smart home. The industry began with a series of small startups competing for dominance, some of which have since been acquired by large companies, like Nest (bought by Google) and Ring (purchased by Amazon). But some of those standout smart home products from years ago aren’t as appealing as they once were.

New startups like Wyze are emerging, with low-priced products and similar features to their pricier counterparts. Together, they’re paving the way for a new age in the smart home, a buyer’s market, where customers have even more choices across a broader range of price-points. I am sometimes willing to pay more for a product if it really is the best option out there, but this new value landscape gives us more good choices than ever — and I’m here for it.