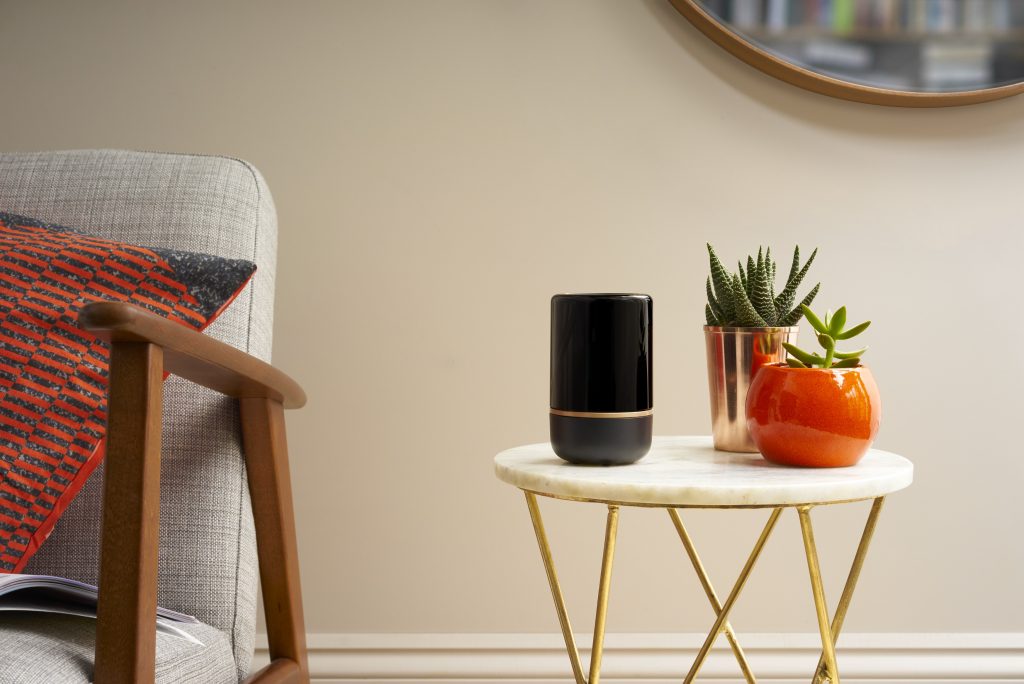 Hive’s network of interconnected smart home devices, from Yves Béhar-designed Hive View, to lightbulbs, plugs and smart thermostats, have a new grand master – and it’s got built in WiFi.

Like the existing Hive Hub, the new, updated Hive Hub 360’s primary function is to organise existing Hive devices. It works through an integrated ‘Hive Actions’ feature, that cleverly and intuitively connects existing Hive hardware together via a mobile app, so you can control your temperature, lights, and secuity in one, functional space.

Though it may seem like the ‘Internet of Things’ has turned into the ‘Internet of Everything’ – the Hive Home Hub has a seriously impressive secondary function, which is getting smart-home aficionados and gadget collectors buzzing. The Home Hive 360 has powerful, 360-degree audio detection, thanks to in-built microphones. It’s able to listen in on worrisome noises, from a dog barking, to glass windows shattering.

Instinctively and immediately, it notifies you via the Hive app, wherever you are in the world, so you can take action remotely. Of course, you can turn it off when you’re at home so it doesn’t eavesdrop on your conversations.

It looks good too – taking its design-cues from Yves Béhar’s effortlessly stylish Hive offerings, the new 360 is available in of-the-moment colourways of brushed copper, or white and champagne gold. Millennial ears are pricking everywhere. (If we can’t own a home, at least we can technologically micro-manage a rental for £99.)

While smart speakers from Apple, Samsung and Sonos battle it out to be crowned the best smart speaker of 2018, who would have thought another tech titan would be claiming the title of best smart listener? Bravo, Hive!