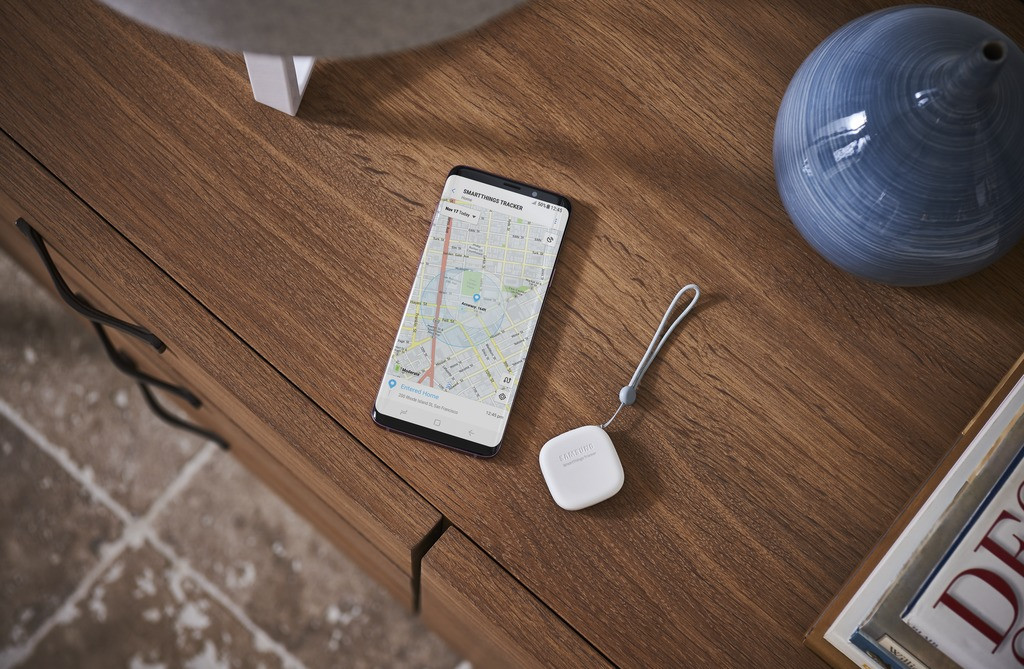 Samsung, naturally, would never be content to launch a regular old Tile competitor. The company just doesn’t roll like that. While the basic foundation of the SmartThings Tracker is similar to what Tile and a number of other startups offer, Samsung’s packed all it can into the product.

The device tracker utilizes a combination of GPS to help locate lost products. The addition of LTE-M, meanwhile, means things like lost keys, backpacks and other belongings can be found through a much broader range of settings than standard Bluetooth-enabled products. That means, among other things, that tracking is easier to pinpoint indoors and below ground.

The device is compatible with Samsung’s existing SmartThings app (kind of a catchall for all things Samsung IoT) for Android and iOS, offering, among other things, real-time tracking. There’s also a geofencing setting that lets the Tracker double as an arrival sensor to help trigger different smart home functionality when the wearer gets home. When attached to something like a dog collar, meanwhile, it will set a notification when a pet has crossed a certain barrier.

The product launches September 14 as an AT&T exclusive, with a Verizon version launching later in the year. It’s not exactly cheap, with a $99 price tag — though that includes 12 free months of LTE-M service. After that, it will run $5 a month — so that will add up pretty quickly.